Here are the what, why, and how answers for the person who is experiencing their first Mardi Gras! 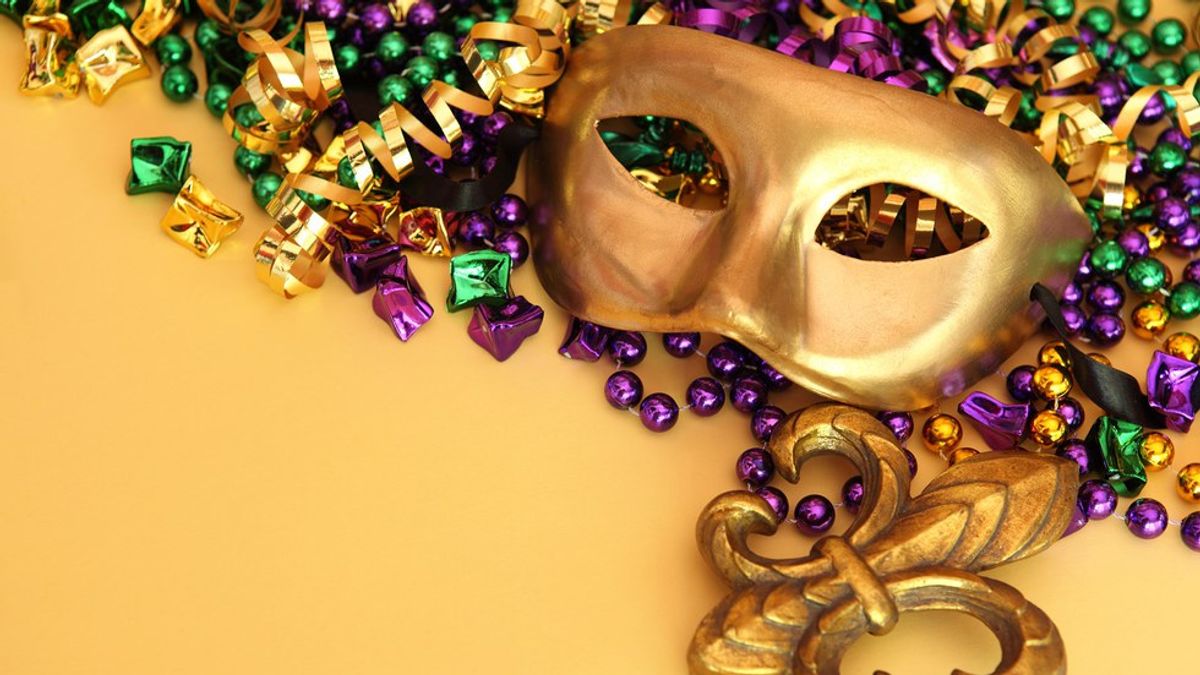 If you're not from New Orleans, Mobile, or Pensacola, you may look around this time of year and notice a few things. People are dressed in an ungodly amount of green, purple, and yellow, all of your friends are posting about the ball they went to, and traffic blocks are EVERYWHERE. Don't worry, the world isn't coming to an end. Its just Mardi Gras season!

What is Mardi gras? Here is the beginner's level information so that you can learn everything you need to know to let the good times roll!

What is Mardi Gras?!

Well for starters its /ˌmɑrdi ˈɡrɑ/ not "Mardi Grass". Mardi Gras is a series of celebrations between three kings day and Ash Wednesday (the kick off for lent).

For all of you who aren't familiar with the catholic faith (like myself) Three kings day celebrates the revelation of god in the human form (aka jesus) and Ash Wednessday is the day where you confess your sins so you can fast until easter (aka lent).

In laymen's terms- Mardi Gras is when you get lit before you give up all the things you love till easter bunny drops off your basket of cadbury eggs. For me, Mardi Gras is the only good reason to wear cheap beads and fight children for stuffed animals thrown out at parades.

Why Do People Celebrate Mardi Gras?

Because its the funnest holiday of the year! Ok but honestly, it is a Catholic tradition so that people can celebrate before lenten season. It is only seen in a few areas of the country where heavy French and Spanish influences are found- New Orleans, Mobile, Quebec, Pensacola, etc. Although it is a catholic tradition, people who live in cities with Mardi Gras get involved because its fun, a cultural tradition, and a good reason to have a good time!

How Do I Celebrate Mardi Gras?

Its easy! Go to parades, deck yourself out in cheap bead necklaces, wear an ungodly amount of purple, yellow, and green, and let the good times roll! There are plenty of activities that you can get into during Mardi Gras season. If you want the best experience, ask someone who as lived through mardi gras a few times. They can take you to the best parades and balls or explain how awesome the holiday really is from their personal experience.

Whether its your first Mardi Gras or your 50th, Let the good times roll!