March Madness Is The Best Time in College Sports

Nothing in sports brings us together more than the March Madness NCAA Tournament. 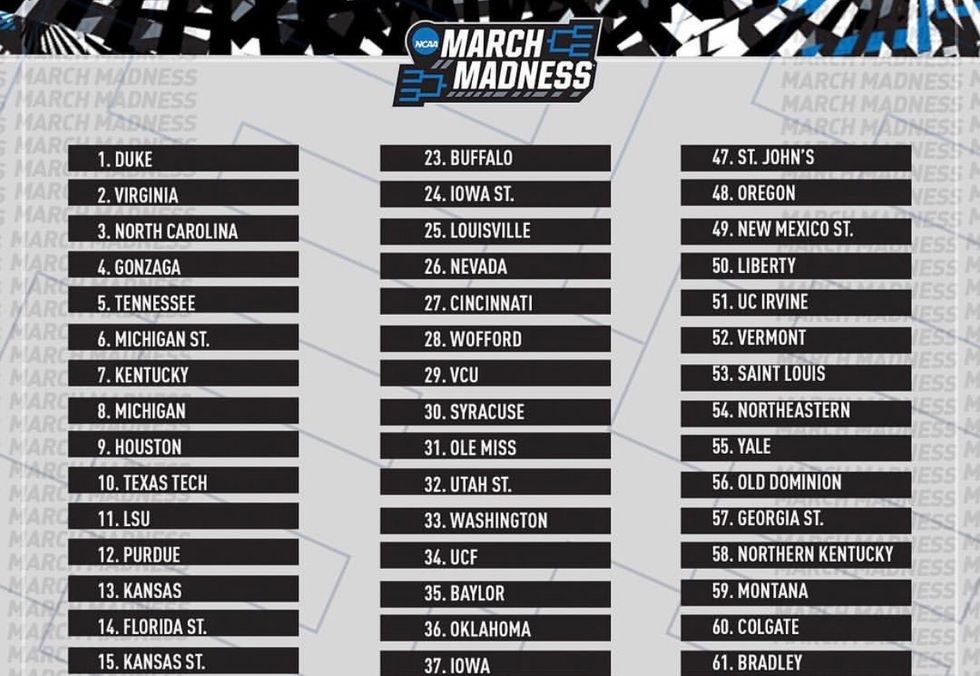 When the NCAA Division I basketball tournament starts, college sports becomes less about the sport and more about bringing people together.

When the tourneys start, the atmosphere of colleges, bars, and even offices change.

Just think about it. On Selection Sunday, teams filled with hardworking student athletes, both male and female, sit around the TV, waiting to hear their school's name called as one of 64-68 participants in one of the most notable sports events in American history.

Then IMMEDIATELY after, people are scrambling to fill out their brackets. Bets are made, companies and schools have prizes for people who win the bracket, and people rally around their respective schools or the team that represents your state.

But why is the NCAA tournament better than any other college sporting event?

Most would answer, "Football is the most popular sport in America, so doesn't that mean the College Football Playoff and bowl season would be the most exciting?" The answer is easily no, and the reason is simple: parody.

In the College Football Playoff, there are only four teams that make it. In the last three straight years, the Alabama Crimson Tide and Clemson Tigers have played each other in the championship game. So where's the love for the smaller schools?

That's where the NCAA basketball tournament puts itself in a class of its own.

With 64-68 slots, the tournament gives the Central Michigans, North Carolina A&Ms, and UMBCs of the world get to be the "Cinderella story." In a "win or go home" scenario, anybody can be beaten and put their team - and their school - on the national map.

The NCAA tournament gives people and schools alike the chance to be a part of something bigger than themselves.

For me, this year's tourneys are the most significant ones ever to me for two reasons. The first is in women's basketball, MY TOWSON TIGERS are in the tourney. The lady Tigers have a chance to shock the world by taking out second-seeded Connecticut Huskies.

I have been a part of the Towson University culture for three years now, and after seeing the women's basketball team win the Colonial Athletic Association championship, I could not be any prouder about seeing my school be represented on the national stage, playing the sport I love the most.

The second reason is I'm a massive basketball fan. As someone who religiously covers and watches NBA basketball, I get to watch possible prospects duke it out as they look to raise their draft stock and play themselves into the national spotlight.

With inclusiveness, parody and national hype, March Madness will always be the greatest sporting event in college sports. Prepare for some game winners, buzzer beaters, Cinderella stories and bracket busting.

ncaa
Report this Content
This article has not been reviewed by Odyssey HQ and solely reflects the ideas and opinions of the creator.

10 Quick And Easy Ways To Spice Up Your Essays

Live Professional Sports Are Back, What's Next?

The Best Part Of Every Super Bowl