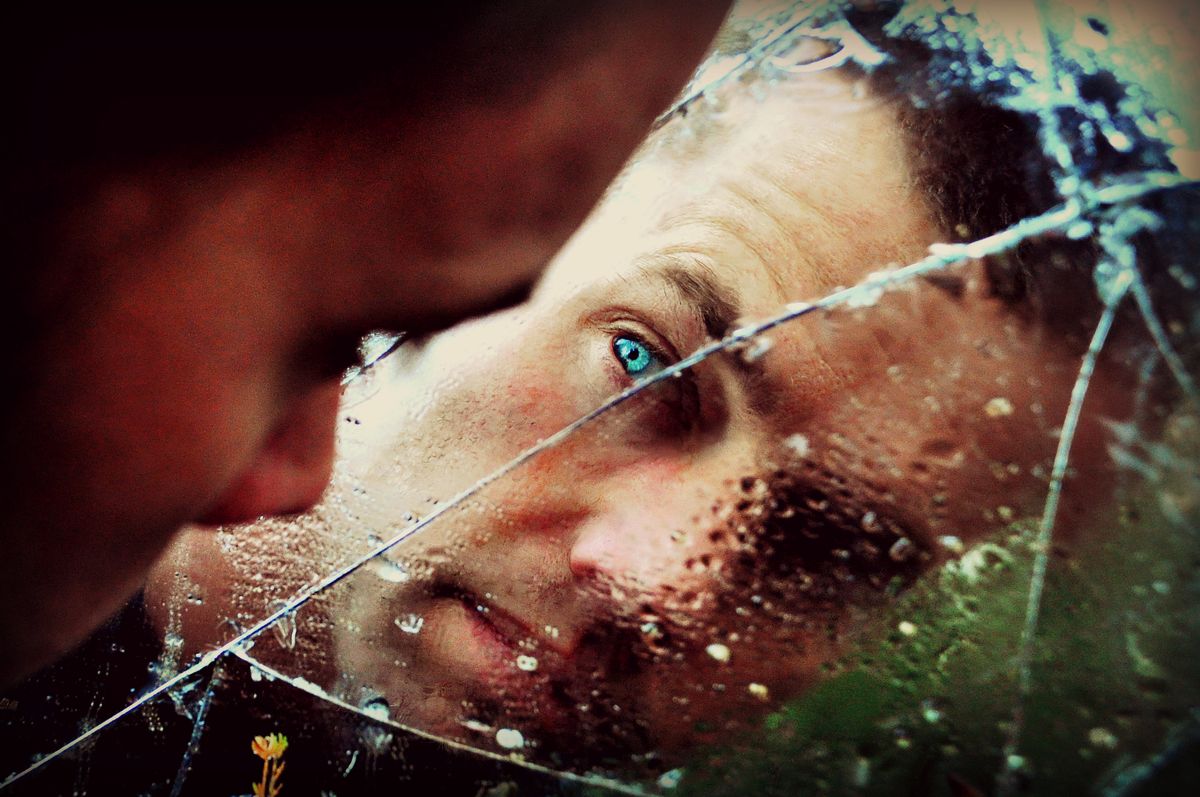 This piece was inspired by an assignment in which the main character meets their darkest fear. Except you can't actually name what the fear is and it is has to be unique to the character.

There was a tiny little bar that sat about an hour South of the county line. It was filled with bikers, import beers, and a jukebox that seemed to only play Hank Williams, Jr. For the small size it was always crowded with desperate women and lonely men. But the hole-in-the-wall bar that smelled of sweaty leather and stale smoke was the only place in the dry county that you could actually get a drink.

"I hate this song." Said the biker next to me that had beer foam in his long, red beard and probably a felony on his record. He didn't seem to be much older than me but his face had been hardened by either drugs or long shifts.

"Same." I sipped my Corona attempting to ignore him because I did not come to talk about my distaste in honky-tonk music.

"You look like a movie star." This time the biker was smiling at me as I ordered a shot of cheap whiskey. Our eyes met and I froze in place, trying to shake his familiar yet distant gaze.

But his eyes still lingered on me. Green eyes. Green like emeralds. Cold. Emeralds that could have cut diamonds.

Red Beard was still facing me when I felt the spiders crawl up my back and deep into my spine. The music around me, the voices, his green eyes faded into a blur and left me at the bar haunted. The blood inside of me was boiling and churning. At the sound of his voice I remembered was green eyes like that could do at midnight in a crowded bar. I remembered what country music sounded like when you are crying on a dirty tile bathroom floor in a ripped dress.

Pushing past him I slammed the shot glass and rushed to the bathroom. Girls that had seen better days were crowded around the mirror putting on red lipstick, a color too dark for them. Their laughter made the room spin. I locked the stall door and sat on the toilet trying to light a cigarette, rocking back and forth on a toilet covered in Sharpie and old phone numbers. My hands trembling like frail bones of a corpse or the thin branches that scrape against a window at night, a lighter in one hand and a cigarette in the other.

The flame finally grabbed the paper and I exhaled a cloud of smoke that filled the stall and then fell into maddening chaos. My lipstick left a stain on the cigarette and the nicotine invaded me. But his eyes? I could still see them.