Making The Transition From Tourist To Local
Odyssey
CurrentlySwoonLifestyleHealth & WellnessStudent LifeContent InspirationEntertainmentPolitics and ActivismSportsAdulting
About usAdvertiseTermsPrivacyDMCAContact us
® 2023 ODYSSEY
Welcome back
Sign in to comment to your favorite stories, participate in your community and interact with your friends
or
LOG IN WITH FACEBOOK
No account? Create one
Start writing a post
Entertainment

Making The Transition From Tourist To Local

Living in the city is very different than visiting it. 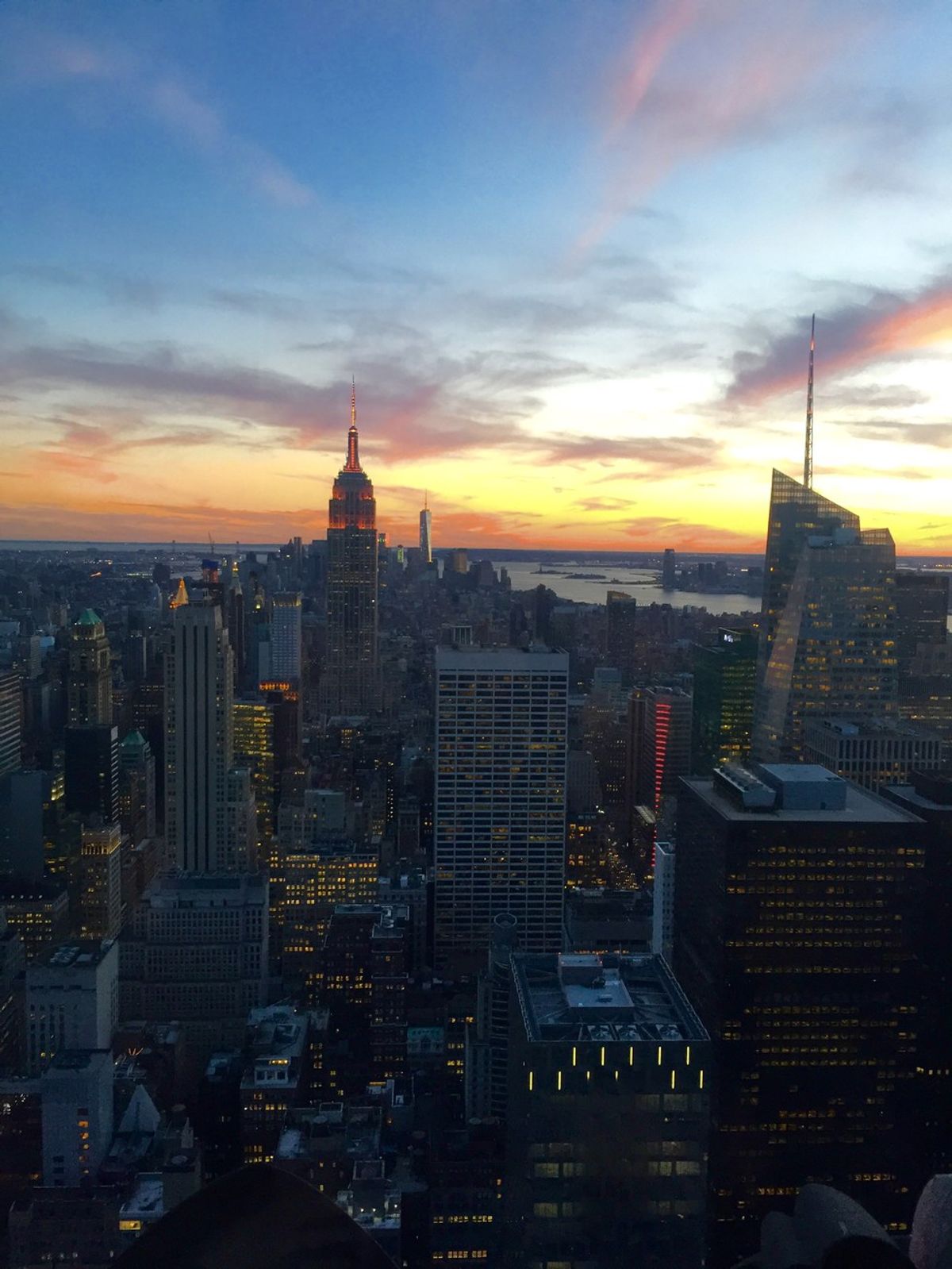 New York City. This is the place I currently call home, but only a few months ago, the city was just a place to go visit. With family in upstate New York, I’d been able to travel to the city often. I had always loved how the city looked at night with all of the buildings lit up, and how I could walk everywhere or jump in a cab if my feet got tired. Even though it’s only been a week since I moved into my apartment, I’ve already noticed so many things that show how different it is to be in NYC as a tourist than as a local.

If you didn’t already know, the average size of a hotel room in New York is 325 square feet. Each time I visited the city, I would try to keep all of my things in one corner of the room so that I didn’t take away from the already small space. A desk, stand up closet, one bed and a bathroom take up the majority of the space, and no matter what hotel I would stay in, I always felt cramped. Well guess what! My apartment is only 75 square feet more than that tiny hotel room, and it has a kitchen in it. How on earth can everything you need to make a life for yourself fit in 400 square feet? I’m not quite sure, but somehow it works and doesn’t make me feel confined. Going from a big house to a studio apartment is normally overwhelming, and many people would rather not make the change, but personally, I love it. I am so happy with my place, and I don’t mind being surrounded by neighbors or having to take an elevator down to street level every day. This is New York living, and I wouldn’t want it any other way.

The first time you visit New York, you always go to see the bright lights and neon signs that make up Times Square. People dressed in character costumes and enormous stores are what make the area famous for tourists. However, now that I live in the city, I avoid Times Square like it’s the plague. People who live in New York walk much faster than those who don’t, probably because they always have somewhere to be. Now that I’ve picked up on the speed of walking, I can’t stand slow walkers. Or worse, people who stop in the middle of the sidewalk. You will not see me cutting through Times Square to get to another street, even if it would save me a few minutes of walking. So pro tip to anyone who visits the city, walk fast and go into a store if you need to stop and figure out where you’re going.

Taking a cab or an uber is a great way to get around the city, especially if you’re only staying for a few days. However, they really start to add up after a while, and before you know it, you’ve spent half of your spending money. Since I live uptown and work in midtown, I knew that I would have to learn how to use the subway. I had only taken it a couple of times before starting my commute to work, and it is still a learning process. There are different stations for different trains, and you will more than likely have to switch trains as well. It’s extremely easy to take the wrong train, and you might end up going in the wrong direction if you’re not careful. I also discovered that there is a whole other world underground. Rush hour is real in New York, and it doesn’t just exist on the streets. Just when you think you couldn’t fit one more person on your subway car, five more will get in and your personal bubble no longer exists.

I thought that since I had been to New York City so many times before I moved here that I already knew what to expect, but I was very wrong. Running around as a tourist is so different from actually working and living in the city, and I personally think that everyone should try to do both at some point in their life. Cities are so full of life and energy, and around every corner is a new opportunity to grow yourself both personally and professionally. This city has become my home, and I can’t wait to see what else I discover about this place now that I’m officially a local.

Nicole Marie Nigro
Individual Creator
2530
c1.staticflickr.com
Where to start...... Let me start with the cliche that life throws us curveballs and what we do with it is what counts.