I Didn't Believe In Love Until I Met My Boyfriend

I Didn't Believe In Love Until I Met My Boyfriend, And Now I Hope To Spend The Rest Of My Life With Him

My gym class square dancing partner would become the guy who taught me how to love. 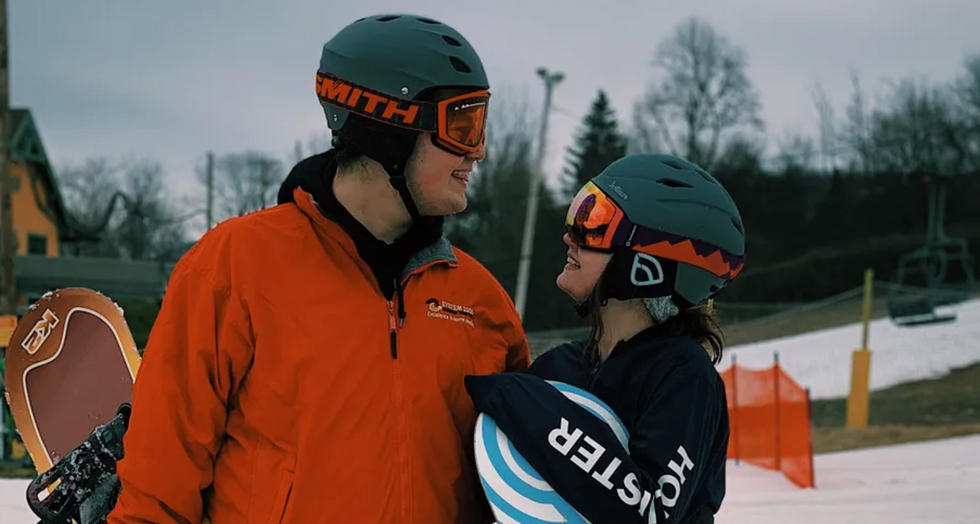 Growing up, love kind of seemed like a lost cause to me and I really didn't believe in it.

My parents were divorced, then went through multiple relationships that never worked out, and my brother had never really been in many relationships either. I didn't really want a boyfriend in high school because I figured it was a waste of time: date for a couple of months then break up when you go off to college. I had lots of crushes as any teenage girl would, but I always found an excuse for me not to date them.

Then I met Ryan.

Ryan was a year older than me but was still in my grade. We met during gym class sophomore year when we got paired up to be square dancing partners. I did not like the boy whatsoever at first. I thought he was obnoxious, rude, and would say whatever it took to get a laugh out of someone even if it was highly offensive. Back then, I was a teacher's pet who followed every rule and did everything I could to come off as perfect. Ryan later asked me for my Snapchat while we were both at a party and we started to talk more.

My thoughts about Ryan soon changed. I soon began to realize I was completely wrong about him.

He was actually one of the sweetest people I had ever been friends with and was constantly making me laugh. We became best friends and talked every single day.

After being best friends for over two years, I began to realize Ryan was someone I could really count on and that he truly did care for me. On the night of our fall awards ceremony, he asked if we could take a picture. Now, this might seem so simple and silly, but that was when I knew I had feelings for him. Guys hate taking pictures and I knew Ryan certainly did, so for him to take the time and ask me to do that, I knew just how important I was to him.

Then we went on our first official date.

We went to the mall and had a scavenger hunt. I wanted to do something that wouldn't cost money and just be fun and casual. I made a list of silly things we had to find and we had a blast trying to look for them. The best part was, it wasn't awkward at all because we were so used to talking and knew so much about each other already.

On December 30, 2018, he asked me to be his girlfriend. He met my mom that day and we spent the evening building gingerbread houses. He brought me sunflowers and roses (my favorite two flowers) and before he left he officially asked me. You can guess what I said.

A year and a half later, our relationship is stronger than ever and we have learned so much from each other. He has taught me how to compromise, how to take other people's values into consideration, and how to love myself for the person I am. He has also shown me that I don't always have to act like my life is picture-perfect, and instead to accept my flaws and grow from them. He showed me how to believe in love and I am excited to see what our future holds.