A Love Letter To October

A Love Letter To October

September is just starting, but I'm already over it. 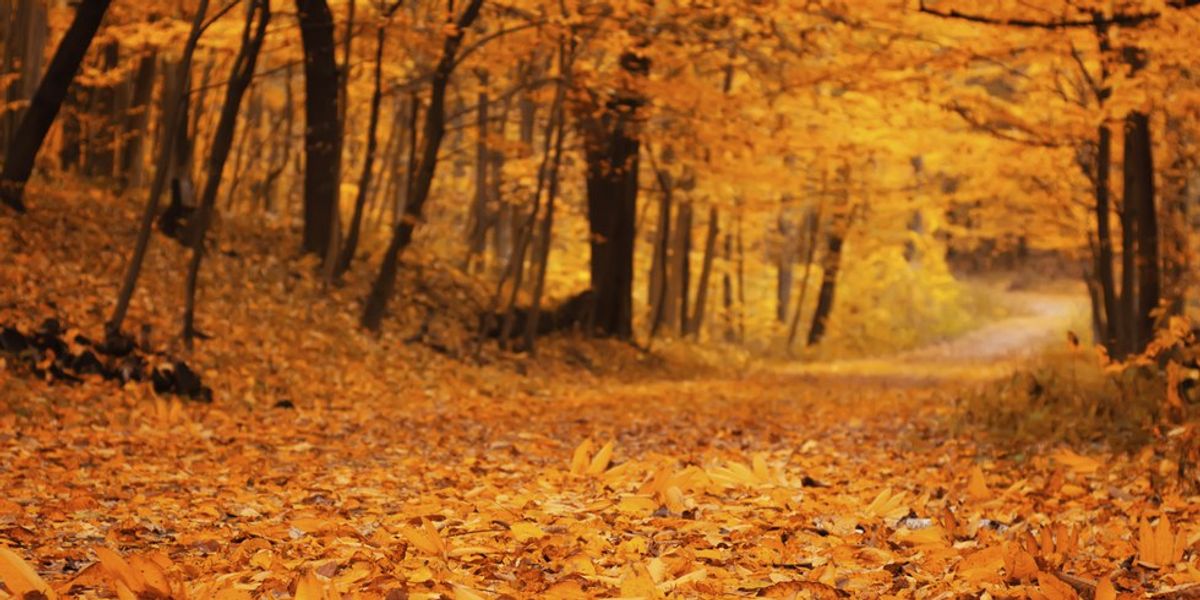 For three months I have longed for September, yet now I think only of you.

My excitement built from June through August as my colander shrunk, but I eventually realized that September is not what I want. I want you, October.

September is the final chapter of summer, a season I never loved. As much as I try to pretend I enjoy the sweltering heat and the sun poisoning, I will never truly like it.

My love will always belong to the fall. Fall may begin in late September, but you, October, are the one that brings the aspects of the fall that I love.

You bring a sweet somberness to the world that no other month can match. The orange and brown that covers the green of the world is sad and delicate, but it is more beautiful than the depressing brown of November and the desolate grey of February.

You are the balancing point between the seasons. As you progress, the weather will become colder and the days shorter. Long summer nights will fade from our memories as we prepare ourselves for the harsh winter winds of December and January.

Sports are at their pinnacles during your reign. Baseball teams play for pennants, NFL & NCAA football teams play the games that define their seasons and NBA & NHL teams begin their quests for championships. Not even the madness of March basketball can compare to your schedule.

Your rains are colder than the showers of April and your blossoms aren’t as breathtaking as the flowers of May, but your crops make up for your shortcomings

A lot has changed since the last time I saw you, October. Last time around, I didn’t get to enjoy my time with you as I had wished I could. A force ignorant toward your presence and apathetic toward my happiness cut me down and prevented me from making the most of our short time together.

This time things will be different. I’m going to make the most of my 31 one days with you. I know you can’t stay forever, but I’m not going to let that ruin our time together. After you’ve gone, I’ll miss you, but I won’t let that ruin my spirits. We only get a short time together; that’s the nature of our relationship.

I may only get one month a year with you, October, but there is no one with whom I’d rather spend it.