How I Lost My Heart To Nature
Odyssey

How I Lost My Heart To Nature

In retrospect, I am thankful that I am a perfectionist about my grades and that this field trip was extra credit- otherwise, I know that I wouldn’t have gone on this trip by my own will. 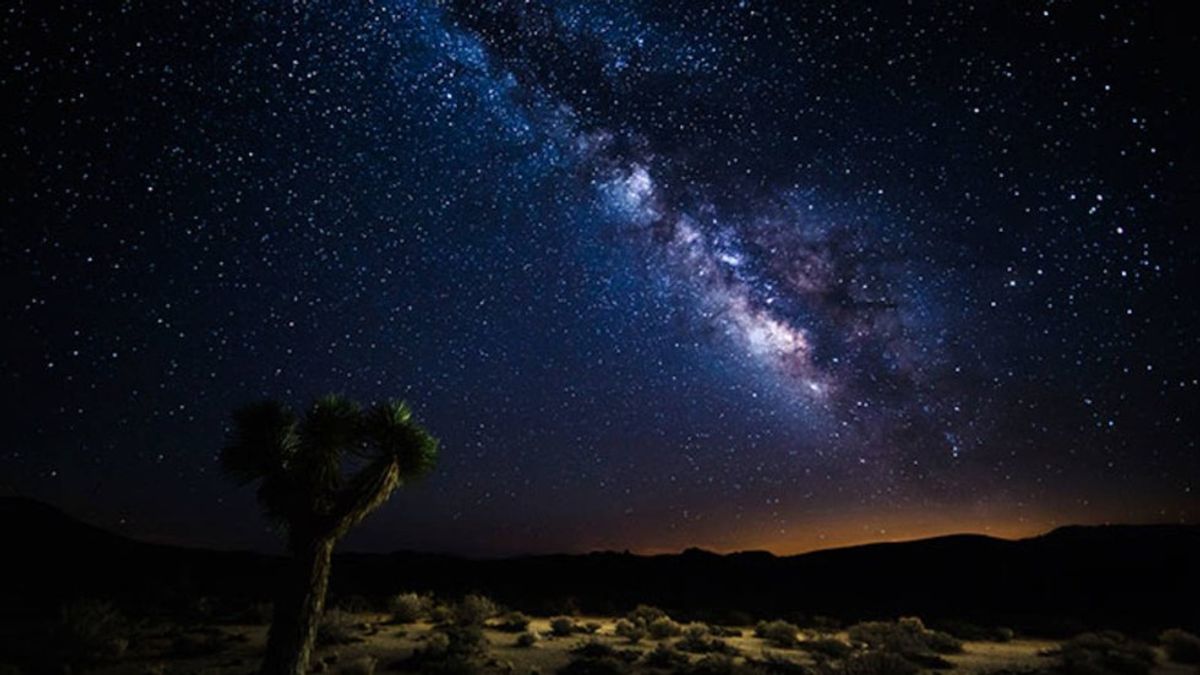 This past week, I was unsure of what my next article would be about. I was feeling empty and all of my ideas just weren’t good enough to me. I had potential topics, but I couldn’t find my voice in any of them. Often times, when this happens, writers will find inspiration in the most random and the least expected of places. This week, my spark came from a Geology lecture.

Being that it was a Thursday night, I was particularly tired and not in the mood for another lecture, considering that I had been in class since 11am that morning. Just as I was starting to zone out and doze off, my professor started talking about basin and range topography and the features generally associated with these landscapes- playas, alluvial fans, bajadas, and such. When she showed us pictures of these features from Death Valley, I recognized the place immediately and started reminiscing on my first time visiting Death Valley. I didn’t pay much attention, if any at all, to the rest of the lecture, but I was thankful that my professor gave me a writing idea for this week.

I had lived within three hours of Death Valley National Park my entire life, but it wasn’t until I was 19 that I actually went and visited the park. At the time, I was taking a Physical Geography course and my enthusiastic professor offered field trips that we could go on for extra credit. In previous years, I had learned it’s always best to do extra credit when it’s given, regardless of your grade. However, the idea of going hiking for a day and camping overnight was about as appealing as a trash can full of garbage in my mind. I’d never really done hiking, let alone camping, and was doubtful if I ever would. My mother disliked these outdoor activities, and being that I am essentially a carbon copy of her, I assumed that I would too without ever trying them for myself. I wanted to ensure that I’d get an A in this course, though, even if it did mean I’d have to spend a night in the wilderness. Besides, four of my friends in the class were going too, so that made it easier, I guess- not by much, though.

On Friday, March 6, 2015, I woke up at 1:30am and was on the way to Death Valley by 3:00am, questioning the entire way why I gave in to this. I tried reminding myself that it was for the extra credit, but it was all to no avail. On top of all of this, we were going to a place called Death Valley- what on Earth could be so amazing and intriguing about a place with such a name?

We began our adventure around 7:30 that morning- I was on about two hours of sleep and wasn’t exactly in the mood for “exploring” or “seeing the beauty” or however you want to label what essentially meant a day of hiking. I wanted to sleep- in my bed. When I stepped out of our car at Ubehebe Crater, though, I was surprised to say the least. The radiating sun was shining down on these rocks, producing such vibrant shades of contrasting reds, browns, and grays. Regardless of what my mouth said, my facial expressions couldn’t deny the fact that I was a bit impressed with this scenery and dare I say it? I was enjoying myself. From here, we went to Harmony Borax Works, which featured old mines and mustard-colored/gray badlands. I never knew mustard-colored sand was a thing, but this place emerged as one of those things you’ll never see anywhere else, so you hold onto the memory a bit tighter. We walked through the area a bit and around the mustard-colored badlands, each of us in amazement. By this point, we had been hiking for roughly three hours and I was scared that the day was going to be over before I wanted it to- a complete 360° shift from this morning. Just when I thought we’d seen it all, we went to Dante’s View and Zabriskie Point- two lookout areas that offered panoramic, tranquil views of the entire park. Goodness. When I stood at the peak of these overlooks and gazed out, I was humbled to see how small I was in comparison to nature. Even more, though, I started to get a glimpse of the beauty, refreshment, and peace within nature that I’d been depriving myself of.

After roughly nine hours outdoors, we then went to our campsites, pitched our tents, and relaxed for the night. I was feeling embarrassed and ashamed thinking about my feelings from this morning, but I was thankful that I had at least learned otherwise. I had been so paranoid because I’d never camped before, but everyone was so helpful, kind, and patient- as usual, I saw that I had no reason at all to be worried. We cooked dinner with each other, shared our food, and talked around the comforting warmth of our campfire.

When we finished dinner, the sun had set and the sky was starting to turn navy blue. I was waiting for the moon to rise, but my professor told me there was something better coming. I had no idea of what he was referring to, but nonetheless, I kept my eyes on the skies and waited. And waited. Eventually, I looked up at the endless night sky and saw a blanket of twinkling lights that seemed to be so full of promise. I had never seen the sky full of stars before, but had imagined the look of it in my mind time and time again. To actually be able to see it for myself, though, was beyond magical and guaranteed that every minute spent hiking was well worth it. I didn’t get much sleep that night either, but it was okay. I spent the night immersing myself in the beauty of the night stars, reflecting on how special my day had been, and enjoying my time and opportunity to be one with nature.

In retrospect, I am thankful that I am a perfectionist about my grades and that this field trip was extra credit- otherwise, I know that I wouldn’t have gone on this trip by my own will. Ironically, I probably would’ve told myself that I don’t have the time because I need to stay home and do all of my homework. From this adventure, I gained 30 points of extra credit, but I was also gifted with so many other presents that I’d never anticipated. Since this field trip, my wardrobe has transformed so that it’s now mainly active clothes, I’ve hiked over a hundred miles, and I cherish every second that I get to spend outdoors.

While I was once skeptical of why we were going to Death Valley and what such a place would offer us, Death Valley is now a special place to me, primarily because it showed me the beauty, grace, and tranquility that I had been missing out on for so long. Though I didn’t exactly listen to my Geology professor’s lecture that night, I enjoyed a lecture of my own- one in which I reminisced on a truly magical weekend, saw a flashback of a multitude of memories in my mind, and was reminded of the night nature stole my heart.