Are We Losing Our Morals?
Odyssey

Are We Losing Our Morals?

Many people seem to think so. 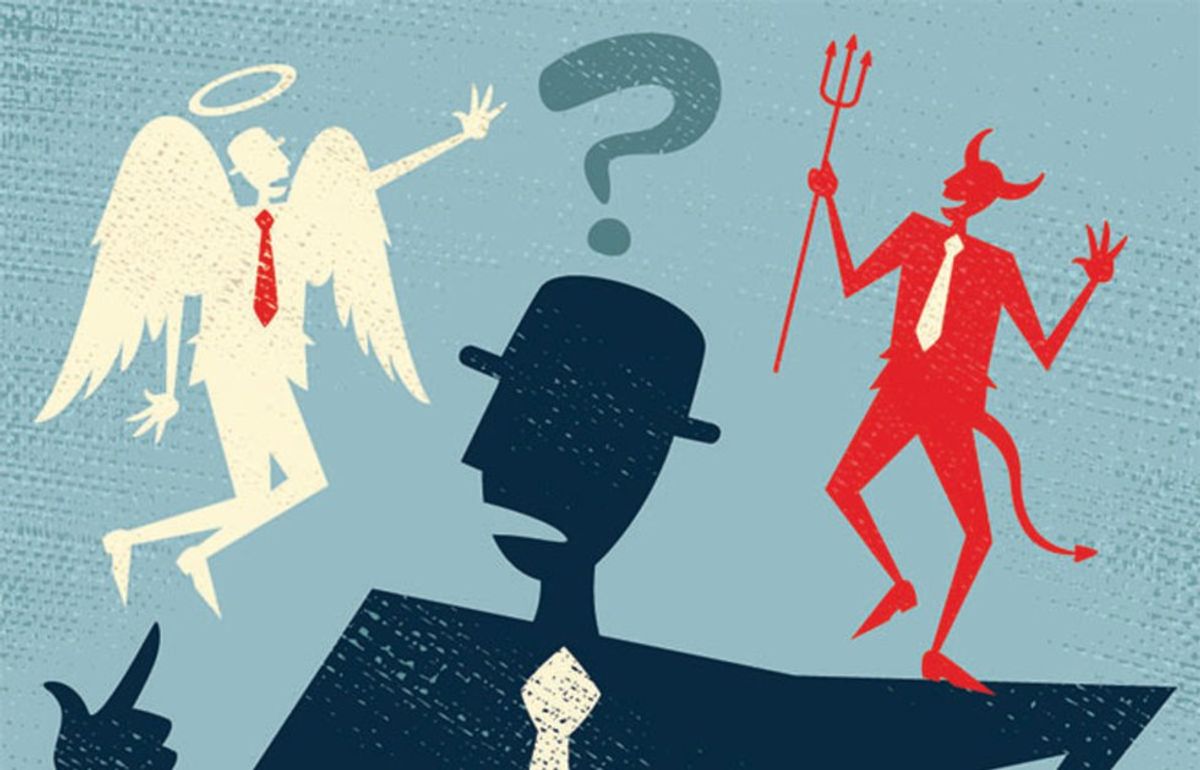 Let’s be honest, older generations can’t relate to younger generations and vice versa. Young folks today have social media which tells them whenever an innocent black person is shot by a police officer or whenever a police officer is shot by a criminal. We open up twitter or Facebook and are informed of the fact that dozens of gay people were shot and killed in a club. We search on the internet and read articles about how other nations are suffering or have suffered due to the actions of our foreign policies. We are able to have a conversation with someone from across the world easier than someone in the past would ever imagine. I once had a chat with this random kid from Uruguay about my favorite songs. We’re filled with so much information with such ease that it’s almost impossible to not hear about a major event within minutes after it occurring and it’s also almost impossible to avoid hearing the other side of major arguments.

There are sides that we don’t hear quite right, however. Like the news rolling footage of the Vietnam War which broke the innocence of so many unwilling draftees in the 1960s and pained many more Vietnamese civilians. Like the racism which brought so many to death and pain in the past. Women were heavily suppressed in the workplace. Propaganda split apart communities and internment camps put innocent lives into isolated prisons. The Watergate scandal shattered faith in politics and older generations watched the collapse and rebirth of the major political parties. While I’ll never, ever know what it was like to be born and raised or educated or young in these times, I can only imagine, and that’s what I do. That’s all anyone in our generation does. Between Red Scares and missile crises and environmental disasters, I’d venture to say that the 20th century was a terrifying time to be alive.

But, as one great president once said, “the only thing we have to fear is fear itself.” Many of the liberal movements of our generation are protested against, but they are done anyways, because that’s how it has always happened. With so many people gaining rights that would have never been imagined before, more and more people are asking for theirs. The words of our founding fathers—as has always been the case—are becoming truer and truer with each and every day that we live. The world is growing together and friendships are forming between citizens of all nations. Movements such as BLM and feminism are pushing for what they believe is right and just. All of this is being done in the same way it was done in the past. There are riots, there are arguments, there are shootings and corrupt politicians and threats of war and predictions of downfall and doom and the end of times.

But this isn’t about which side you’re on. Whether you’re a liberal or a conservative or in the middle or above or below or in front of or behind or anything, it doesn’t matter in this article; whether you appreciate Black Lives Matter or Blue Lives Matter or All Lives Matter or you just want to have it stop; whether you support feminism or want it to stop; whether you support war or you’re a pacifist-- none if it matters to me in this article. There is one thing that I’m telling you is wrong, and that is that younger generations are losing their morality. This is impossible for so many reasons, but one of the most blaring reasons is that everyone has morals. Differences between morals does not mean that morals are being lost, but rather that new morals are being created. Everyone views things as right or wrong or puts effort into thinking about them. Everyone forms opinions. It also cannot be mistaken that our generation acts on what it believes is right and wrong. Our proof is riots, protests, sit-ins, strikes, speeches, organizations, et cetera, et cetera. Following the people before us, we move our ideas into our actions and become servants of what we believe is justice.