I hate to break it to you, coaches, but this isn't the Olympics or the MLB. 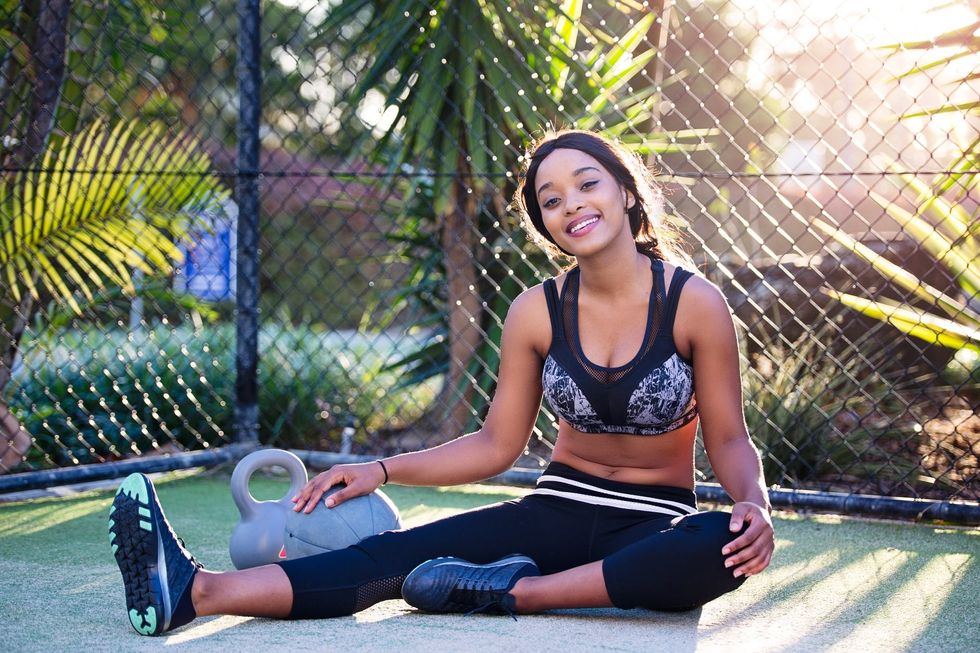 Growing up, being a softball and volleyball player was part of my identity and playing these sports was what I loved to do most. I began playing because the idea of devoting my time to a hobby with a large number of my friends was extremely intriguing. The time commitment was unproblematic because there was truly nothing else I would rather do.

I loved attending practices and games and would even become disheartened if I had to miss one. Practices were the time of day where I could release all of my built up stress because they were always filled with laughter and smiles.

Playing sports as a child, it didn't matter to me or my teammates if we won or lost. We played because we loved the sport and doing it together. We used losses as a learning experience to address our downfalls, but wouldn't let it affect us.

Being the worst team in the league wouldn't make us want to quit because it was actually humorous to us. Teammates formed incredible friendships no matter what level of playing they were at because nobody felt the need to compare themselves to another member of the group. We were all there to assist one another, not to tear each other down.

It's a shame to me that the nature of sports has changed so drastically to the extent that sports-related memories were once my fondest and could now be considered my worst.

As a child, almost every kid in my grade played a sport no matter what it may be, but as time went on, fewer and fewer kids would sign up because it was no longer about the fun of the game. The pressure was much too intense for many kids to handle to the point that I've even seen a girl have a panic attack on the field.

People no longer cared if the team tried their very hardest if they didn't come out superior. Even when games were won, players would still get yelled at afterward by the coach or other teammates for making simple mistakes such as missing a serve or striking out. Laughing in a practice and having fun with teammates suddenly became frowned upon because every second was meant to be devoted to making the team "perfect."

The people most to blame for this repulsive reformation of sports is without a doubt coaches. Coaches are meant to be the person that you feel most comfortable asking for help relating to a sport, but today, many coaches see that as weakness. As soon as a player makes one mistake, they are immediately replaced in the game as if coaches aren't aware that second chances exist.

Not every player was treated equally by the coach depending on their skill level; the best players on the team were granted the most amount of attention and kindness. Instead of providing criticism constructively, coaches would insult players for their wrongdoings. Instead of having a loving bond with their coaches, players would fear them.

I've witnessed way too many children cry throughout or after a game because they were disappointed in their performance. Many girls on my teams over the years, including myself, had suffered a huge loss of confidence after coaches verbally abused them about their execution in games. The standards are set much too high by coaches to the point where it feels as though we aren't allowed to make any mistakes. Kids begin feeling as though they are not talented enough to play with their teammates and feel bullied into quitting the sport.

In a variety of sports, so many children sit on the sidelines anxiously awaiting their opportunity to play, which is never granted. Of course, players are at a spectrum of different playing levels, but that doesn't mean that the least talented player shouldn't be given the chance to shine.

The best way to learn is through experience, which children aren't given the ability to do if coaches only allow them to sit on the bench. Sports are extremely time-consuming, and if children aren't given the chance to play like they signed up for, it feels like a waste of precious time. Coaches not playing some players is also a huge degradation of their self-confidence and makes them feel useless on the team.

The most disgusting concept to me is that this aggressive style of sports has even extended to leagues that were created for the purpose of learning and having fun. The recreational teams which are coached by parent volunteers and even the Catholic Youth Organization league have become almost equally competitive as varsity sports.

Coaches at these particular levels use varsity coaches as their guide even though they couldn't possibly be worse role models. Winning is also their only concern and not every child is given the same opportunities. I hate to break it to you, coaches, but this isn't the Olympics or the MLB.

As a college student, I no longer play sports. I prefer other activities such as acting, writing, and painting because they do what hobbies are intended to do, reduce stress and provide enjoyment. I know a multitude of other people my age who have acted similarly because they no longer possessed the love of sports that they used to.

Coaches have forced children to lose their fondness of playing their favorite sport because winning had become much too important. Terminating my relationship with sports and blossoming other interests was one of the best things I've ever done because it eliminated a huge amount of unneeded stress in my life.