How Being 'Connected' Has Killed Our Connection
Odyssey

How Being 'Connected' Has Killed Our Connection

We are losing our ability to have spontaneous conversation. 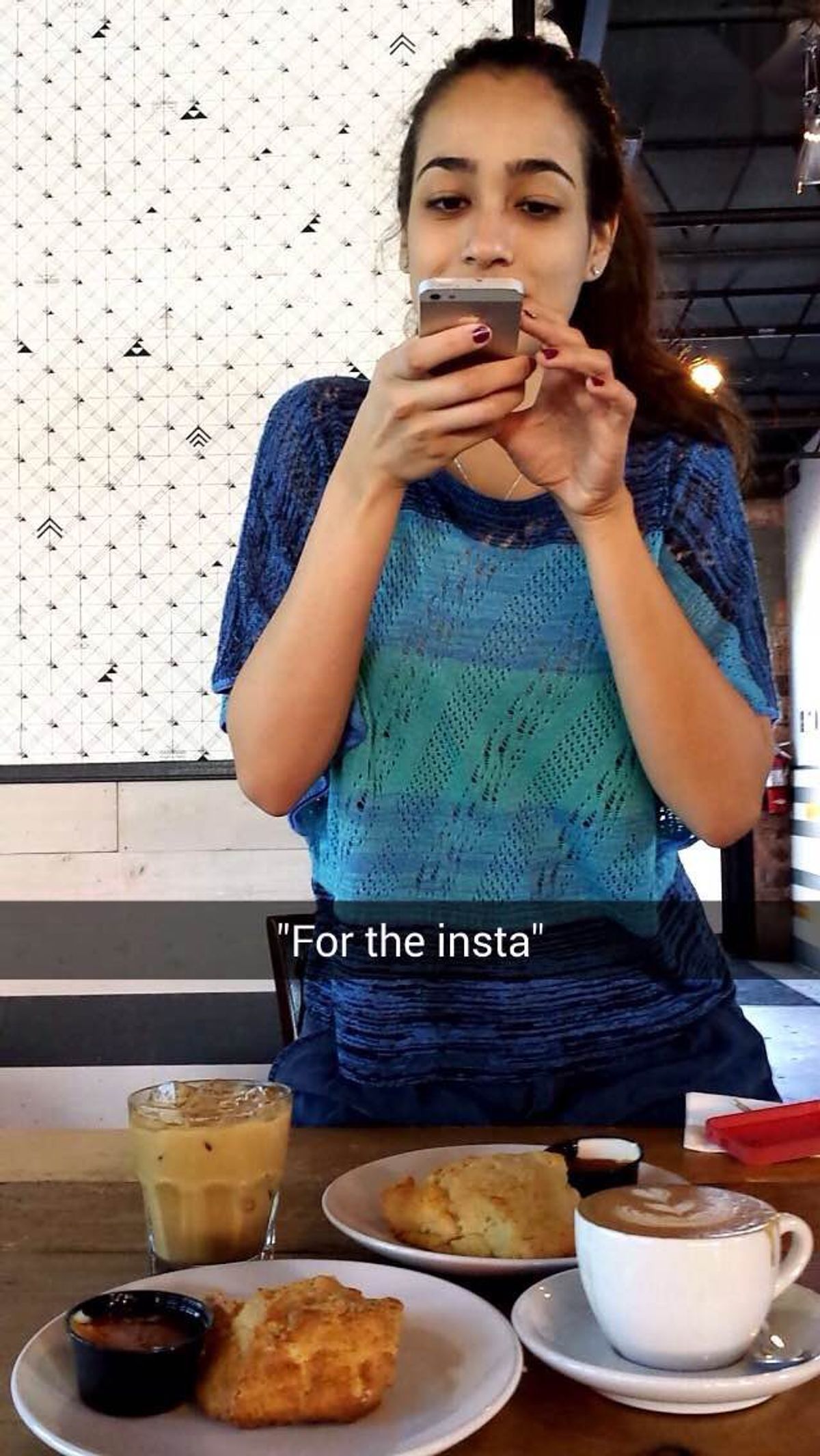 My parents always tell me my generation is inside too often, not active enough, on our phones too much. But you know what? I love my iPhone. I love being connected. I like knowing what’s going on with the world. I could probably spend hours reading news articles or opinion pieces online, or just scrolling through trending hashtags — it keeps me in the loop, feeling connected and informed.

However, I recently began to really think about the implications of my generation and current technology on our means of communication and effects on our social interactions. A couple of months ago, my family and I were on vacation when I looked around at the tables surrounding us. On our left, a couple just a few years older than me was eating... while scrolling through their phones. On our right, a family with three young kids had an iPad set up in front of each of them as they watched their own TV show through brunch. "Oh my gosh," I thought, "I never would have witnessed such a scene when I was a young child." As I reflected more, I began to realize how technology isn't just pervasive in our everyday lives, but has a profound effect on how we interact. As we opt more and more for text-based instead of in-person social exchanges, are we somehow losing our ability to have spontaneous conversations?

In his book Modern Romance, Aziz Ansari conducted an experiment in which participants were divided into two groups — parents and children — based on generation. As they sat there waiting, the side with the adults was full of chatter while “our generation’s” side had their heads buried in their phones. I see this happening in my own life. It amazes me how my mom and dad never fail to strike up a conversation with whomever is in our vicinity — whether we’re in an elevator, in the doctor’s waiting room, or in a line for some ride at Disney World. For my generation, standing in a line isn't the place for social interaction with randos, but time that is probably spent talking to those we’re already with or on our phones: updating statuses, Instagramming, watching cute animal videos (okay, gotta love those cute animal videos).

But is the lack of social interaction with those around us a preferential choice or is it caused by an actual loss of the skill of spontaneous conversation? I’d argue both: As we choose to be isolated in our phone worlds, we get less and less practice interacting with the world around us, and in turn, our skill at spontaneously engaging in face-to-face conversations diminishes.

This shortage of practice engaging in conversation seeps into all aspects of our lives. Take, for example, our education. Why would many students prefer to send an email than actually walk over to a professor’s office during office hours? Is it a want for efficiency and thoroughness? Or does this change in communication preference stem from a desire to avoid spontaneous interaction, anxiety that could be triggered from saying the wrong thing, being awkward, or worse, running out of conversation points and not knowing what to say (the dreaded silence)?

In another case, this lack of practicing spontaneous conversation has also seeped into our generation’s friendships and love lives. 57 percent of teens have met a friend online, while one in five have met an online friend in real life. Chances are, you probably have seen or met someone on the internet before meeting them in person. I’ve seen friends of mine who are interested in a potentially special someone spend months having conversations through text or Facebook messenger, with minimal in-person interaction. Our generation has even developed a universally understood label for this kind of courtship: “We’re texting.” It might sound crazy to those older than us, but honestly, that’s just how it is these days. By limiting interaction to text-based communication, we can keep a distance, learn about the other person, and even let ourselves edit and ponder responses before pressing send. (Don’t tell me you’ve never written a response to a text in a note on your phone so that the other person can’t see you typing on iMessage.) Rather than being present and engaged with solely that person in the moment, we can go to class, eat lunch, and buy groceries while pondering our response throughout the day and eventually sending it. But at what point are we spending too much time editing and cutting and copying and pasting? And can we truly know if we have chemistry with a potential significant other without interacting in real life?

Conversation is the most human and humanizing thing that we do. It’s where empathy is born, where intimacy is born—because of eye contact, because we can hear the tones of another person’s voice, sense their body movements, sense their presence. It’s where we learn about other people. But, without meaning to, without having made a plan, we’ve actually moved away from conversation in a way that my research was showing is hurting us.

With in-person conversations, we can interpret body language, tone, and expression. Whereas silence during texting can mean a multitude of things (the person doesn’t like you, is ignoring, phone is dead, just hasn’t seen the message), silence in person is actually a means of conversation.

Silence and other subtleties are what give depth and meaning. Is the person leaning in to the conversation or looking around aimlessly? A break in their voice, a tear in an eye, a touch on your arm can suggest a multitude of things about your relationship with this person. Unfortunately, all these expressions just can’t be conveyed by the "heart eyes emoji." And with the right combination of listening, engagement, and physical expression, vulnerability and deep topics can be coaxed out.

I love technology. I love that I can stay in touch with someone I care about who is hundreds of miles away, or watch Snapchat as a friend explores the world, or see a Facebook update of a high school classmate’s engagement.

Technology and social media have connected us in amazing ways that no other generation has experienced. But in the same way, it is beginning to keep us from building real human connection. The solution is not to delete all our apps and throw away our phones. Rather, it is for us to be cognizant of the potential dehumanizing forces that face us every day. Next time, don't whip out your phone and pretend to text when you pass someone on the sidewalk; look them in the eye, smile, and say hello. We can’t be afraid of boredom or silence or awkward interactions. Instead we must make a conscious effort to find real connection, engage with the person across the table from us, and truly take the time to practice the art of conversation.