The Disconnect: How Social Media Is Making Us Anti-Social
Odyssey

The Disconnect: How Social Media Is Making Us Anti-Social 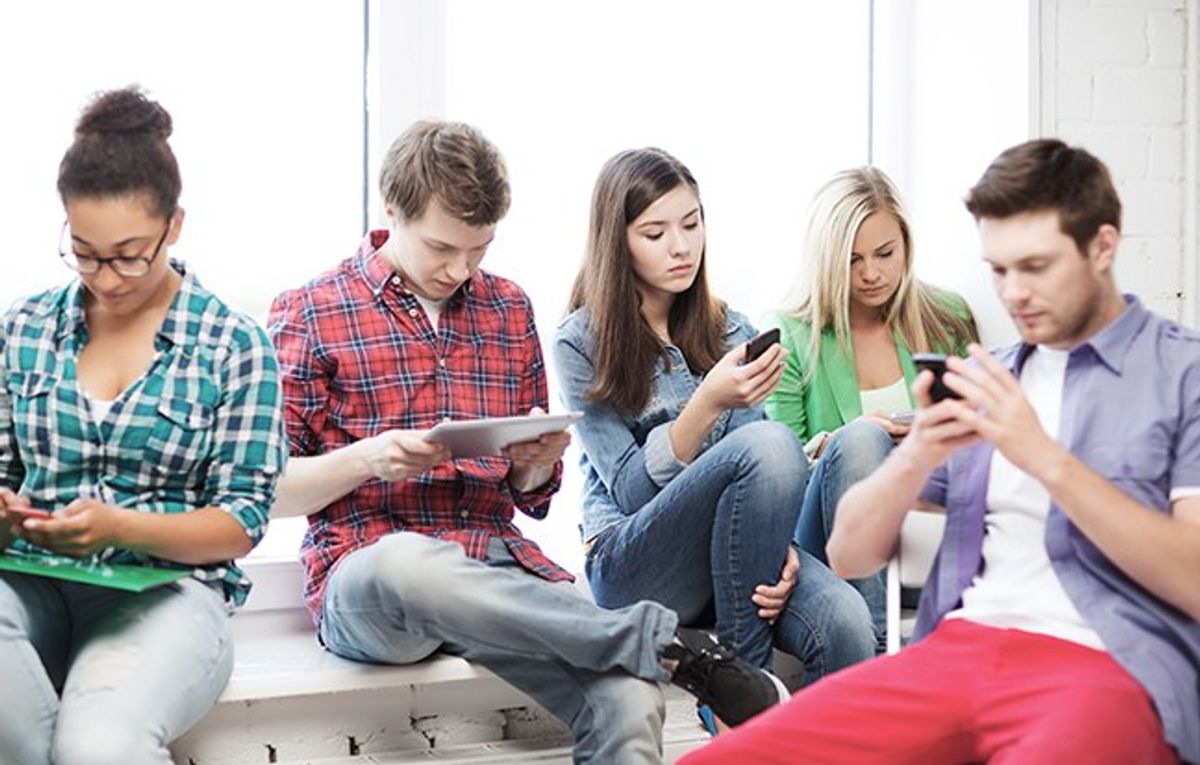 Take a look around you. Most likely, the majority of people you see are bent forward towards the glow of their phones and tablets. Maybe they look up occasionally so they don’t stumble and fall on the sidewalk, or periodically to check the time, but whatever is streaming on their digital screens is absorbing them in some sort of hypnotic trance. Gone are the days when families actually spoke around the dinner table. Today, restaurants are full of people more interested in the pixels on their electronic devices than those around them. Kids are watching TV episodes, parents are scrolling through emails, and even waiters are texting during a free moment between orders. I’ve even seen a couple sitting across from each other, where both people were playing separate video games on their iPhones. Maybe the date went sour, I don’t know, but was as if they couldn’t be further apart even though they were physically so close together.

How did we get to a place where the content on our phones is more interesting than the world around us? In today’s society, scrolling through Facebook, Twitter, or Instagram has taken precedence over the real events scrolling through our daily lives. In just a few decades, we’ve gone from corded phones attached to the wall to smart phones that contain the entirety of the Internet in our very pockets. There’s no predicting where we’ll be in another ten years, but for the time being, we are becoming more and more immersed in a digital network that is webbed into every aspect of our daily lives.

Social media has become our primary form of communication. It’s easier and more convenient to look someone up on Facebook than physically stay in touch with him or her or calling on the phone. Facebook has replaced this need to catch up with old friends or meet up for coffee, because their entire life stories are literally posted in front of our faces, to the point where it becomes hard to miss. But isn’t that what social media is all about: staying in touch with people, and sharing images with friends without having to actually go out of our way?

Yet, as we become more socially connected with the rest of the world, we are becoming more disconnected from each other. We are losing sight of the little things around us, because we’re so focused on the latest YouTube video, or Buzz Feed article on our phones. I’m not saying that we should stop watching or reading, but we should recognize the fact that what we are doing is changing the way we interact and communicate with our family and friends. What if we’re telling our grandchildren (via text message, or whatever the equivalent is in the future), about what verbal communication used to be like? The reality is that there’s no way of knowing where our generation is going in terms of technology and our reliance on it.

However despite these very serious fears, none of us can criticize technology or social media outright. We have the option to log off and unplug anytime we want, so it’s up to us to decide if we want to engage with the actual world or the virtual one. Technology is a societal advancement that has enabled our generation to do things previous generations never would have thought possible. With Internet access spreading throughout the globe, it has never been easier to work, research, communicate, and connect with people everywhere right from our fingertips. So it’s not the technology that’s the problem; it’s us for abusing it. We’ve become antisocial by relying on technology too heavily.

So the next time you’re out with friends, or walking down the street, try to refrain from scrolling through your News Feed. Make the effort to socialize with the world around you, and become more familiar with people rather than profiles. Maybe if we look up and away from the flashing images and colors on our most recent Safari search, we will actually enjoy the company of those around us. So instead of counting the number of likes, count the memories in your life, because at the end of the day, that’s all that matters.