I Have A BF, But I Still Haven't Found A BFF

I Have A BF, But I Still Haven't Found A BFF 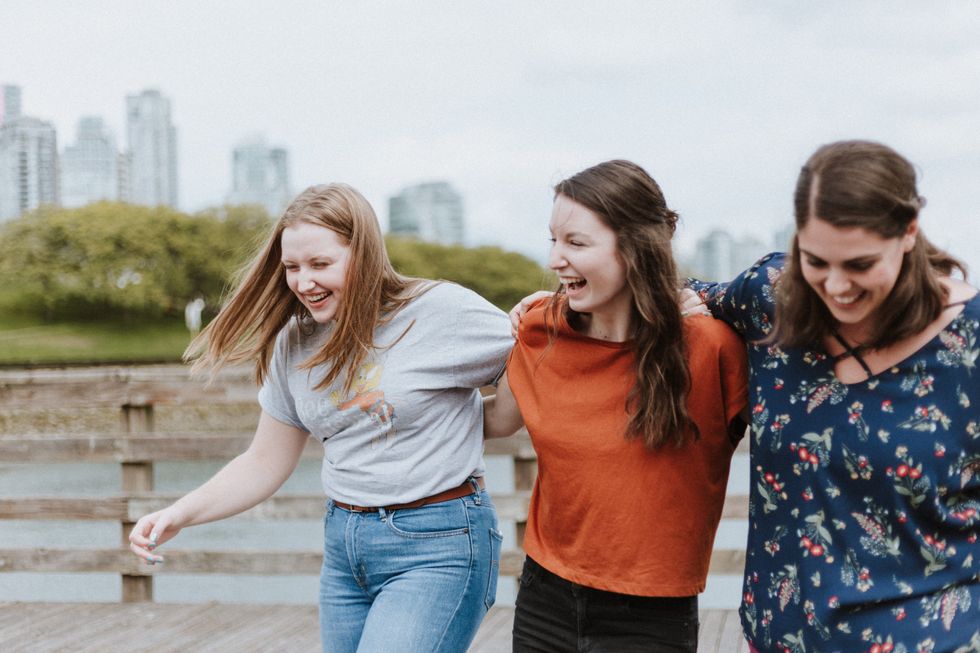 "I'm just looking for my best friend," I sobbed into my boyfriend's chest one summer night.

"I think she's out there," he soothed. "And I bet she's looking for you too."

My boyfriend and I had been together for nearly five years at that point, since the second week of ninth grade. Now, we were going to separate colleges in the same city, and right then, we were home, in his house that was further from my house than his dorm had been from my dorm.

But as much as I love him, and as much as I would never trade my situation for anything, I ache for platonic love. For a best friend in a more traditional sense. A BFF. A bestie. A girl, probably, someone close to my age and personality who is available for roaming bookstores and sharing inside jokes.

Pop culture would lead me to believe that every girl has one true best friend. But I've never gotten one of those.

As a military kid, I moved every couple of years throughout my childhood. Any friendships I made along the way dissolved under the pressure of distance and time, a process I mostly considered inevitable. The one time I did try to hold on, the friendship imploded instead of slipping quietly into the past.

In high school, after my family had finally settled in one place, I had a solid, stable group of friends I loved very much. But it was a group, full of people between which to split my attention and time. The mythical one true best friend, the effortlessly favorite friend who effortlessly chose me as her favorite, did not exist for me.

So when I went to college, I began to look for her.

But I struggled to make any friends, much less such a central one. I had near misses, people who floated into my life and floated back out again. I had and still have, friendly acquaintances. But I don't have close friends. And I don't think any of this is my fault, ultimately; friendship is a game of chance, of being lucky enough to bump into someone whose identity is an inverse puzzle piece of yours.

It's a lot like romance, that way. It's about who you meet. And that's out of your control.

You can try to artificially boost the odds in both cases. However, although there is limited online "dating" for meeting friends—and I have tried it—there are overall not nearly as many opportunities designed for friend-finding as for date-finding. No singles mixers or speed dating or getting sent to dinner by mutual friends—at least not as society-wide practices.

As a culture, we just don't have established rituals for friendship-building as we have for dating. Everyone knows what the path between exchanging names and exchanging phone numbers looks like when that path leads to marriage or sex. Not everyone knows how to navigate that path, and it's not necessarily an easy path. But it's mapped out for us by past generations, by the media, by social expectations.

The route to friendship is murkier—even though it's really not so different from the romance version.

Is it weird to ask someone to eat with you if you mean it in a friendly way? Do you have to specify that it's purely friendly? Is it okay to say that you really enjoy someone's company and want to get to know them further? Can you schedule a time to meet solely for that purpose, the way dates so automatically function in romantic relationships?

Why do we have so many more guiding principles for dating than for friendships?

Perhaps it's because our society places an undue emphasis on finding romantic companionship at the expense of all other kinds of love. Or maybe it's because friendship is considered easier to find or more common than romance because most people have many more friends than serious romantic partners throughout their lives.

But plenty of people have difficulty making friends.

We just don't talk about friend-making woes as often or in the same way as we talk about dating woes.

And as someone who already has a committed romantic partner but not a platonic best friend, it's disorienting, because I feel like I'm doing life backward. I've found my person, but I haven't found my people.

This is not how I assumed this would go.