To All The Long Lasting BFFs
Odyssey

To All The Long Lasting BFFs

You're simply the best, but the best is never simple. 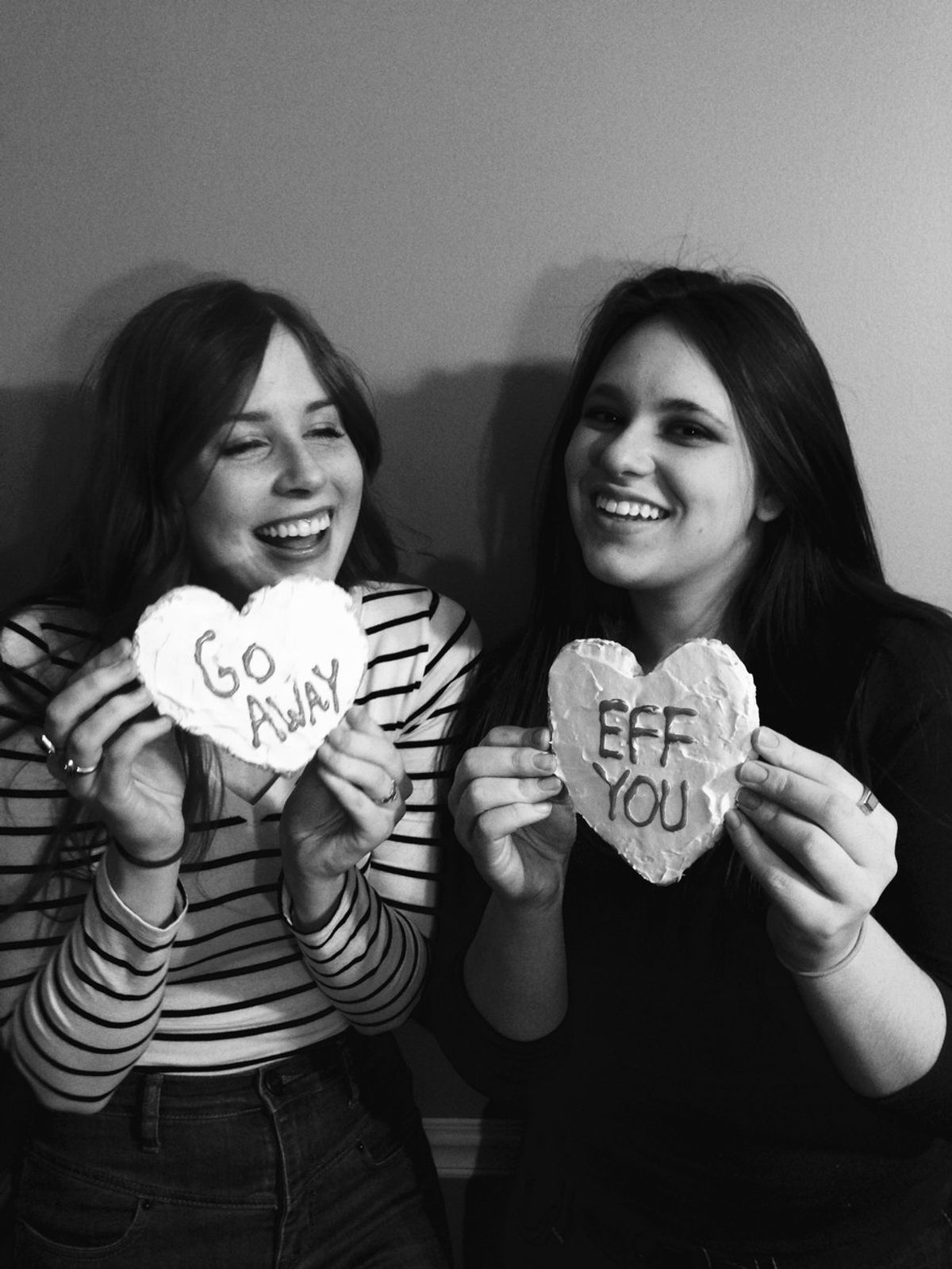 "People come into your life for a reason, a season, or a lifetime.” - Unknown

The idea of a best friend has always perplexed me. We choose this person, or in some cases group of people, and we label them as the best in our lives. But what if that person, who you unequivocally and wholly believe to be one of the best things in your life, isn't really the best?

I'll be honest when I say that I've had my fair share of "best friends", and out of all those girls, I labeled to be the very best, only two of them have reigned true to the label I placed on them. And that's not even including the petty fights we have had, the long hiatuses of not speaking to each other and the childish waiting games of refusing to text the other to hang out first (because always being the first one to ask can get old).

That's why I really like the quote, "people come into your life for a reason, a season or a lifetime." It reminds me of my relationship with my best friend, Sam, and our promise to always be a part of each other’s lives. Us being best friends is not just for a season, or a mere portion of our lives; I am confident that we will stay best friends for a lifetime. I met Sam in eighth grade after we scored spots on the same competitive volleyball team. From teammates to eventual best friend/soul mates, our relationship was nurtured in the mentality of hard work and perseverance. Just like we would never give up in a volleyball match, we've never given up being best friends.

Sure, we've had our highs and our lows, and there was even a time in high school where we didn't speak. We would pass each other in the hallway without even glancing in the other’s direction. It was almost as if we didn't know each other, and I remember desperately wanting to talk to her but never finding the right words to say. After a few long, distressing months, there was a light at the end of the tunnel because we both did finally find the words. And I'm grateful every day that we made up because that girl is my sister.

After graduating high school and moving onto separate colleges, it has been hard making time to see each other. Even scheduling FaceTime dates prove to be difficult around our heinously busy schedules, but Sam is not just another token who I will put into my box of past “best” friends. She is my best friend when we are close, but also when we are far away. When you find the person that you can go without seeing for months, and then pick up right where you last left off, well, I believe that is the best kind of friend you could ask for.

Through my twenty years of the trials and tribulations of bouncing between best friends, I finally realized that you do not just get a best friend by picking someone and giving them the title. To actually have a best friend, you have to be an even better friend. Find that person who you put an effort into seeing just as much as they do to see you. Best friends have the privilege of being part of the best relationships in your life, so tend to and mend that relationship with the highest priority. And once you do, well that is when you definitely know that you have a best friend.
Report this Content
This article has not been reviewed by Odyssey HQ and solely reflects the ideas and opinions of the creator.