London and Scotland and Ireland, Oh My!
Odyssey
CurrentlySwoonLifestyleHealth & WellnessStudent LifeContent InspirationEntertainmentPolitics and ActivismSportsAdulting
About usAdvertiseTermsPrivacyDMCAContact us
® 2023 ODYSSEY
Welcome back
Sign in to comment to your favorite stories, participate in your community and interact with your friends
or
LOG IN WITH FACEBOOK
No account? Create one
Start writing a post
Lifestyle

London and Scotland and Ireland, Oh My! 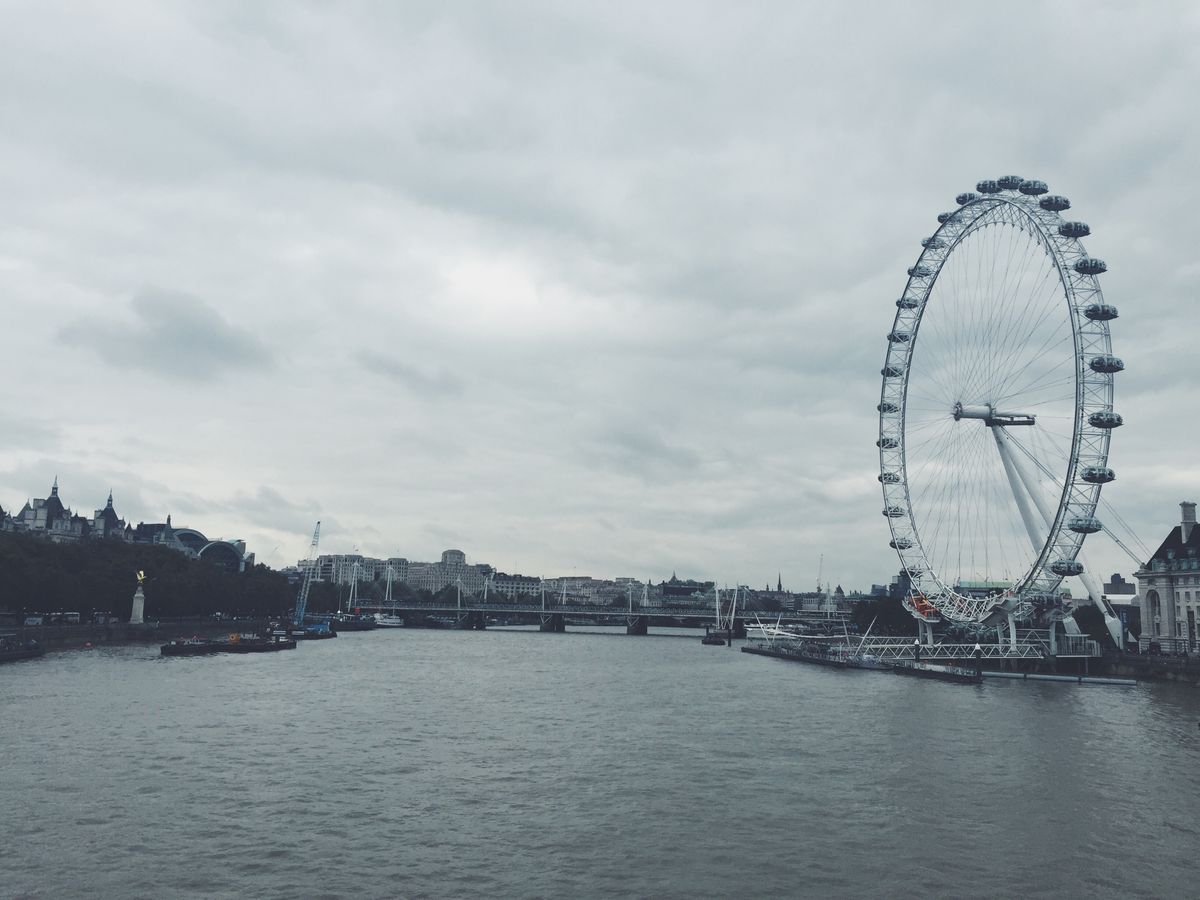 Have you ever been through a bad break-up? Okay, multiply that pain by 100 and you’ll feel what it’s like to be home after abroad.

This time last year I was studying abroad in London, England. I was extremely hesitant at first because first of all, I had never even been out of the country. Not even to Canada. Second, I can barely make it through five weeks at my own school in America without wanting to come home. I just kept thinking about how much I’d miss my family. I wouldn’t be able to be that far away for that amount of time. Turns out I was nervous for nothing. I mean, don’t get me wrong; I missed my family and my friends, but I was too busy having the time of my life to really notice. Also, Skype was my best friend so it was like I never really left them.

My first stop was to Copenhagen, Denmark. This was a rather spontaneous trip. It was the first week we had gotten to London and this random kid (who is now one of my good friends) needed to leave the country and come back. Turns out, you can’t register for classes in England with a visa for Ireland. Who knew? So, we did what anyone would do and went to Copenhagen for 7 hours. Nicest people ever.

My next trip was to Munich, Germany for Oktoberfest. Boy, was that an experience. It was basically one big day drink with people who can handle four times the amount of alcohol I will ever be able to. Needless to say, my friends and I ended up taking a nap on a hill, which we later found out was named “loser hill”. So, if that tells you anything about that trip…

My next trip was to Barcelona, Spain for Halloweekend. I was a little rusty on my Spanish skills, but it was okay because apparently, they primarily speak Catalan, which none of my friends were aware of. Let’s just say I wanted pizza and I ended up getting pizza…but with tuna on it.

Next was Glasgow, Scotland. I don’t think I have ever been as cold as I was in Scotland. We basically spent the day wandering around to places near the Airbnb. We went to a huge graveyard called the Necropolis, which was beautiful and watched the sunset from the hill. Later in the night we got dinner and the waitress completely forgot to put my order in so everyone at the table had to wait for me to eat their food (thanks guys). Edinburgh, Scotland was next; aka a real-life Harry Potter World. The buildings were unreal; they looked like castles. We also took a bus tour around the Highlands and stumbled across a very funny looking statue of a man. I also found a chicken nugget that looked exactly like the United States before going on a pub crawl.

My last trip was to Ireland. My friends and I went to Dublin and then Galway. We didn’t exactly do anything memorable that night in Galway. However, we did meet some extremely cool people that we wound up going out with the following nights. Dublin was amazing. We explored the Temple Bar area in the day and went out there at night. All the pubs had live music, which I think was the best part. At one of those pubs, we met some British boys (one who was named Brad Bytheway…yes Bytheway. We couldn’t believe it either) who told us they take shots by SNORTING salt and then squirting lemon in their eye. They proceeded to show us and told us to “give it a go”. We politely declined. At the end of the weekend, we visited the Guinness Factory to see how beer was made and got to pour ourselves a glass. An amazing way to end the trip.

I can honestly say that I had the best time of my life abroad. I don’t think anything will ever top that experience. I learned so much, met so many people along the way and gained so many lifelong friends. I hope that those who are abroad now will treasure their experience because it truly is a one in a lifetime opportunity.