People Are More Focused On Proving They Are Living Instead Of Actually Doing It
Odyssey
CurrentlySwoonLifestyleHealth & WellnessStudent LifeContent InspirationEntertainmentPolitics and ActivismSportsAdulting
About usAdvertiseTermsPrivacyDMCAContact us
® 2023 ODYSSEY
Welcome back
Sign in to comment to your favorite stories, participate in your community and interact with your friends
or
LOG IN WITH FACEBOOK
No account? Create one
Start writing a post
Entertainment

Instead of doing anything for the fun of it anymore, people do it for the pictures. 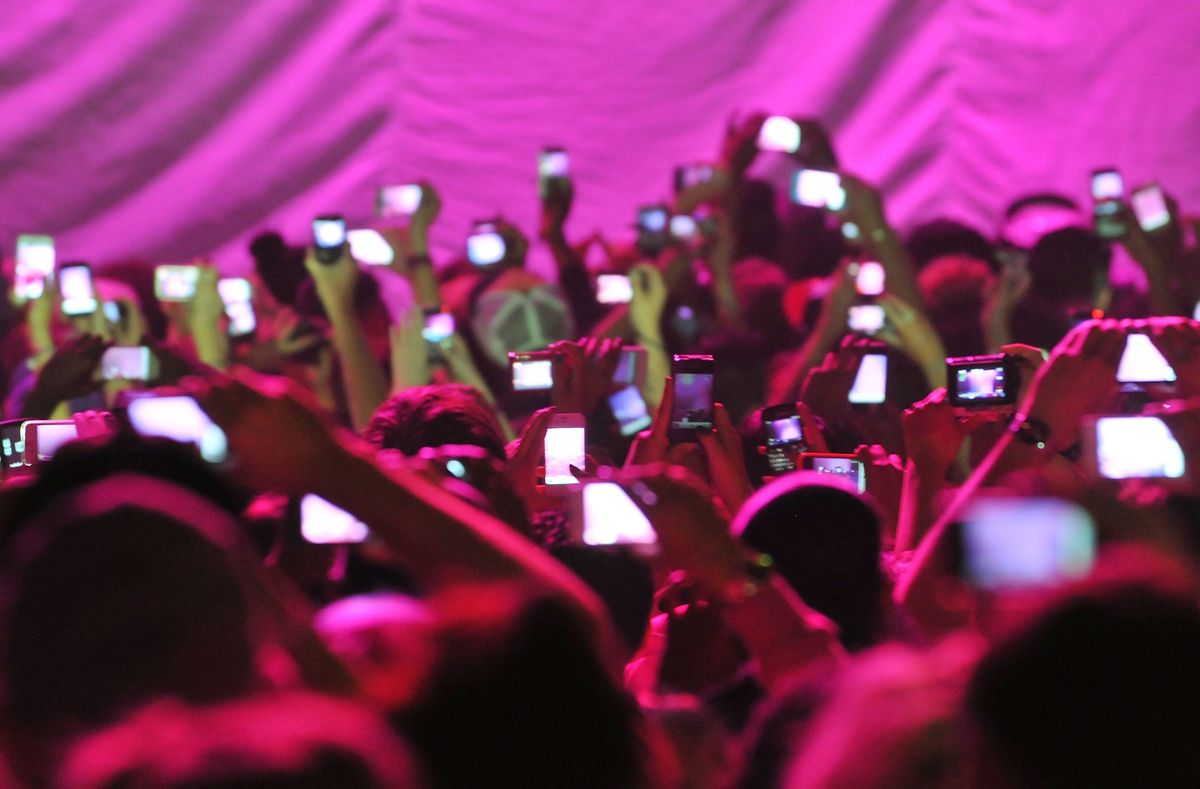 Can you remember the last time you went a day without your phone? Or maybe even an hour? Before breaking my phone this past spring break I would not have been able to tell you the last time I went a significant time without my phone. I realized that I had depended on it a lot more than I thought I had. During the time I did not have my phone, I needed directions to a place I had never been to before. Me being me, I did not think to print the directions off of the computer because I thought I could remember them. However, once I had gotten to the general area I had completely forgotten what the actual address of the place was and no way of looking it up. Luckily, after driving around for about half an hour I stumbled across the place and wiped my tears of anxiety away. In this moment I realized that phones are very useful in many different kinds of situations. But….

Are we too dependent on phones and social media? I recently went to a concert of one of my favorite artists, Khalid. I was so excited to see him my friend and I had arrived early to make sure we were close to the stage. We ended up being pretty close to the stage, but there was still a decent amount of people in front of us. After standing for about three and a half hours Khalid finally came on and we had a very clear view of him…well, until everyone started using their phones. I am not kidding when I said that almost everyone in front of me, next to me, and behind me had their phones out for a majority of the concert. At one point I could not even see the stage and was watching the concert through people’s phones. I understand that people like to videotape and take photos but people were snapchatting the entire concert? What happened to going to concerts to listen and watch live performances? It got to the point where I was not even enjoying being that close because of the mosh pit of phones that my friend and I decided to leave and go to the back where it was not crowded and we could see beyond the phones. And that was probably the most fun I had at the concert, just my friend and I listening and dancing to the music; no crowded spaces, but more importantly no phones. I do not know why this concert stuck out to me so much, because I have been to multiple concerts and there have always been phones, but for some reason it really bothered me.

This concert made me realize that people are more focused on proving that they’re living their life instead of actually living it! Instead of doing anything for the fun of it anymore, people do it for the pictures. I am not saying that pictures or social media are a bad thing or that they cannot be fun, but I think people put such an emphasis on them that they forget to live in the moment. So next time you are doing something fun I challenge you to have fun and not worry about the pictures because the best memories do not need to be remembered with a picture. I hope I did not offend anyone with this or discourage you from taking videos at concerts, but rather encourages you to focus on the present.