Living In A World Without Magic

Living In A World Without Magic

When the world lost its magic and became too cold and serious. 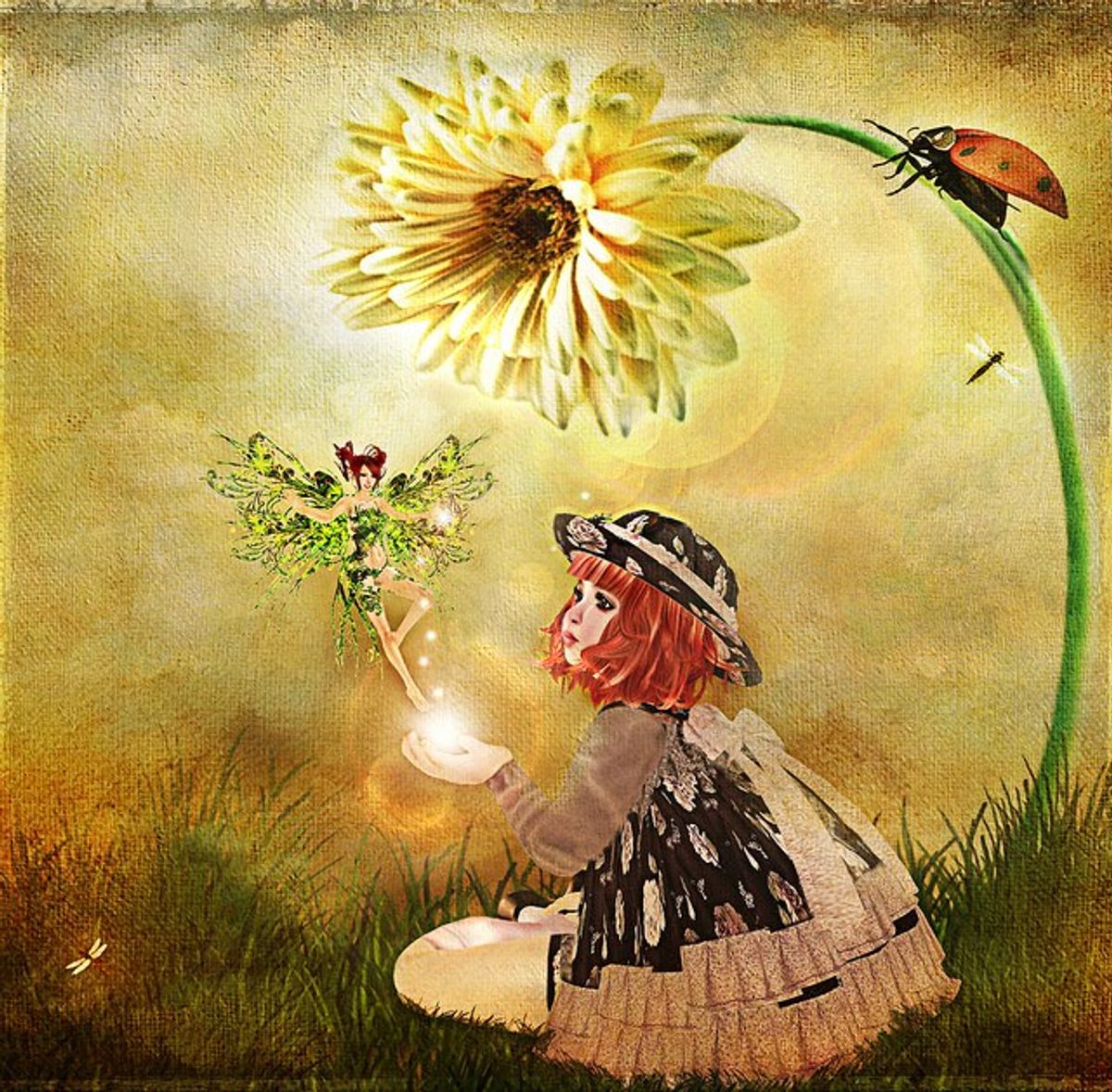 Somewhere along the road that we call life, we, as a human race, let the magic die. And in doing so, we failed.

We failed ourselves, and we failed future generations. We made babies grow up too fast and become mini adults because there was nothing left to keep them young, and now we live in a world that is cold and dark and lacking in the magic that once upon a time kept us young and happy.

Look to the past. Not really the recent past, further back than that, before your grandmothers and into a darker age of time where cellphones weren’t even a thought.

Heck, telephones weren’t even a thought yet. Yes, they were simpler times, but they were times when people still believed. Believed in what? Everything. And it depended on where in the world you were as to what you believed in.

Think about it. Think how many different gods and goddesses different cultures have believed in throughout the years. And how about all the tall tales, and folklore and myths and legends that were passed down through generations and used to teach children lessons, and to explain how things worked in simple ways that children understood.

Children could laugh and skip through life, believing that elves came out at night to cobble their shoes, instead of facing the harsh reality that the poor cobbler worked until his hands bled to make a pathetic amount of money to keep from starving.

Today’s children get the truth. The cold, hard, unloving truth. There’s no fairies left in the world to believe in, except maybe the Tooth Fairy, who let me tell you, inflation has left me a little peeved at her these days.

But in all seriousness, when kids want to know what or why something is how it is now, we don’t give them a beautifully crafted tale of mystery and wonder that leaves their little eyes glimmering with hope and intrigue and their little hearts pounding with excitement.

We hand them a computer and show them a YouTube video. Here you go kid, you wanted to know why there are rainbows? Watch this, it will tell you exactly how the light refracts and shines through the raindrops and makes the rainbow. What’s wrong? You were hoping for leprechauns and pots of gold? Not in this world.

And so there you have it. Everyone asks what’s wrong with today’s youth. There it is. The magic is gone. We stopped letting them believe in it while we rushed around in our busy, mundane lives and we stopped having time for fairies and gnomes.

We stopped telling these tales and myths to them and they stopped caring. We showed them a world that could be explained by science and their tender little hearts grew cold. The twinkle in their eyes dimmed and they started growing up too fast. Sure, we’ve kept the basics, Santa, the Easter Bunny, the Tooth Fairy, and maybe a few other big wigs were spared, but the rest we forgot.

We stopped telling them to gaze up into the stars on a clear night and look for the man in the moon, or in the case of my childhood, my Japanese grandmother showed me the rabbit with his wooden mallet, pounding the rice into mochi.

And by god I believed it. I would look up at that big glowing orb and smile when I could make out the shape of the rabbit. We stopped explaining rainbows with leprechauns and we stopped telling them that gremlins and fairies stole missing items.

We failed them and then we started to wonder why they had no imagination and why they needed an electronic device to entertain them instead of their own minds. The answer was because of us. Because we stopped giving them things to believe in and to imagine.


I know that they do grow up. It happens to the best of us sadly. But the magic doesn’t need to die, we can take 5 minutes and set down our phones and tell them stories about fairies and trolls. We can teach them silly little habits, like leaving an offering in a ring of toadstools for the fairies.

Why? Because it gets them outside, it gets them to observe nature and see the beauty of the world around them. It gives you an opportunity to explain some heavy stuff or really confusing stuff to them without either confusing them further, or giving them information that their little minds shouldn’t really have to process. Bring back the myths, and the legends, bring back the fables.

Let them live in their imagined worlds a little longer before they have to face the cold world that we have to brave. Let them battle some dragons and evil spirits and hope that the elves bring back their missing socks for just a little longer, and maybe, just maybe you will find that your world feels just a little more magical too.