Join me as I live-comment on this travesty. 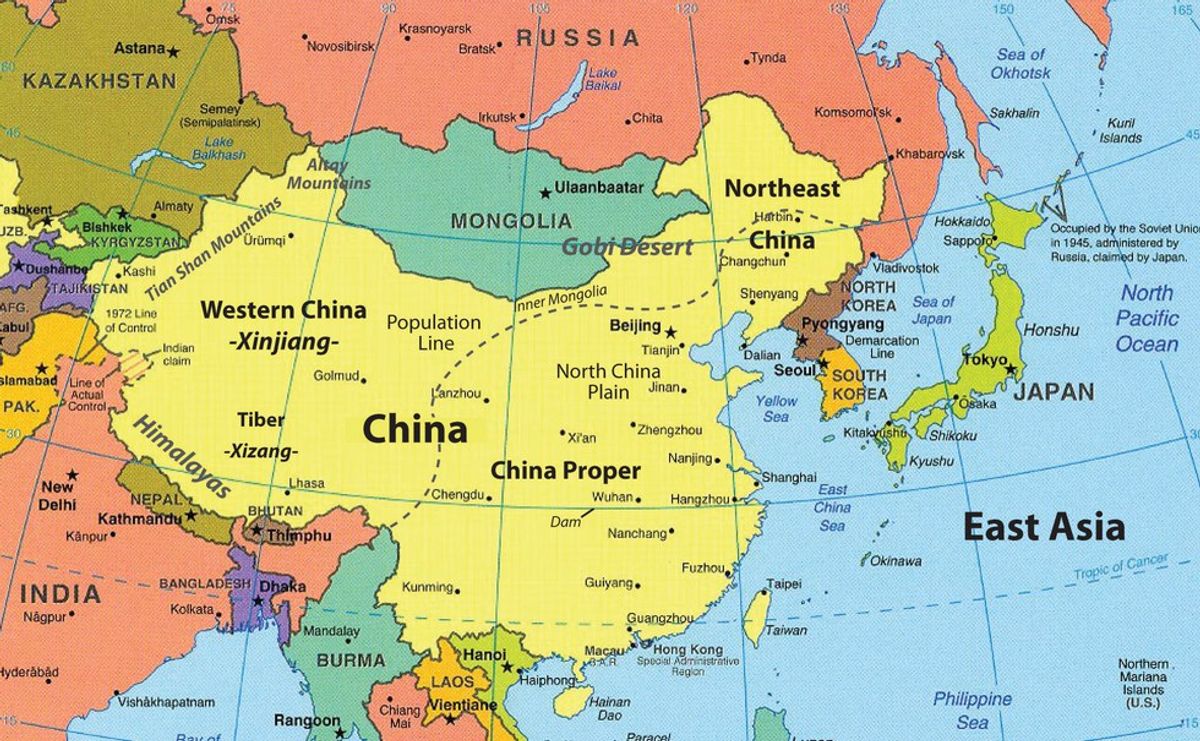 I first heard of the news segment of a Fox reporter going to Chinatown and offensively stereotyping Chinese people (search "Watters' World: Chinatown Edition") when my friend asked if I had seen it as we were driving my place for dinner. I hadn't. Partially because I had my eyes on the road, I was half-listening to her, so I just rolled my eyes (don't worry, I didn't crash) and didn't think much of it. I mean, come on, Fox news? Asian stereotypes? Controversial video outraging the Internet? Nothing new there.

Later, when I logged into Facebook, at the top of my news feed were shared articles about the segment and I thought, maybe this is something worth investigating. At first, I avoided watching the video because I just did not need any more negativity in my day, but it's another day and I am ready to tackle this controversy. Join me as I live-comment on this travesty.

0:16 - OK, so Watters is going to Chinatown to sample political opinion about Trump and Chinese-American relations. This is gonna be wonderful.

0:27 - "Am I supposed to bow to say 'Hello'?" Um, no, you're supposed to say "Hello" to say "Hello." Bowing is actually more of a Japanese gesture, and while we do bow sometimes in Chinese culture, it is usually reserved for showing high respect for elders or in religious settings and definitely not for people you meet on the streets. Personally, I have actually rarely seen people bow when greeting others.

0:41 - "Hillary Clinton basically is an extension of Obama." And..........? Oh, right, this is Fox News, so you don't need any legitimate justification for your opinions as long as you dislike Obama.

1:08 - "Speak! Speak! Why don't you speak?!" I found this clip (and really all those other clips) incredibly offensive. Perhaps, this hit a nerve because I was raised by the Confucian philosophy of respecting your elders. Regardless, how would you like it if I asked you something if Chinese and made fun of you for not being able to respond, Jesse?

1:15 - "Is it the year of the dragon?" Admittedly, I had to search what year it was, and it's the Year of the Monkey. However, what is the relevance of this question to the main issue of the segment? Additionally, the editors purposely emphasized the man's smoking, which, combined with the irrelevance of the question, suggests that the segment really isn't about Chinese-American political opinions at all.

1:51 - "Is everything made in China?" What kind of a question is this? Yes, many things are made in China and everyone knows that, so the fact that he asks this means that he really doesn't have any substantial questions to ask people about Chinese-American relations and resorts to stereotypes as a source for humor.

2:45 - "Do you know karate?" Again, karate is actually more of a Japanese martial art although it does have influences from Chinese martial arts. But the root of this association, stemming from incorrect terminology in martial arts film, again shows a lack of knowledge about the people he is interviewing.

3:19 - The clip of the Japanese twins from Austin Powers was seriously disturbing. The fetishized portrayal of Asian women in films is already problematic and a whole other issue on its own, and the inclusion of this clip just perpetuates an ignorant and antiquated Westerner's view of Asian women.

3:36 - "It's not Japanese, it's Chinese!" How fitting. I'm not sure if Watters knows the difference. Aside from that, I highly enjoyed the old man's criticism of Watters' attempts at speaking Chinese (note: they're speaking Cantonese, a dialect of Chinese).

4:09 - "You thought people knew what was going on?" This snarky comment was just the cherry on top. First, I just want to say that interviewing people in Chinatown isn't the most accurate representation of Chinese-Americans or their opinions, whether that was the intention or not, but rather the most convenient sample. Second, this question was just extremely condescending and unwarranted especially considering the fact it was a comical segment and half of his questions weren't even about politics.

Overall, ignoring all the blatant stereotyping, this segment was objectively not funny and, most importantly, Watters barely even did what he supposedly set out to do: interviewing Chinese people about their political views. Is this the worst and most outrageous thing that has offended the Internet? Admittedly, no. However, whatever the intent, it is simply not acceptable or funny to fill your inability to humor political issues with stereotypes of Asians, Watters. And just because I question your knowledge that China and Japan are different countries, here's a map:

You proclaim yourself to be a political humorist, but your interviews were hardly political or humorous, so try again, Jesse.