Don't Listen To Your Teacher, "Gifted" Means Nothing If You Don't Do The Work

Don't Listen to your Teacher, "Gifted" Means Nothing If you Don't Do The Work

Early education never agreed with me, but I made it anyway. 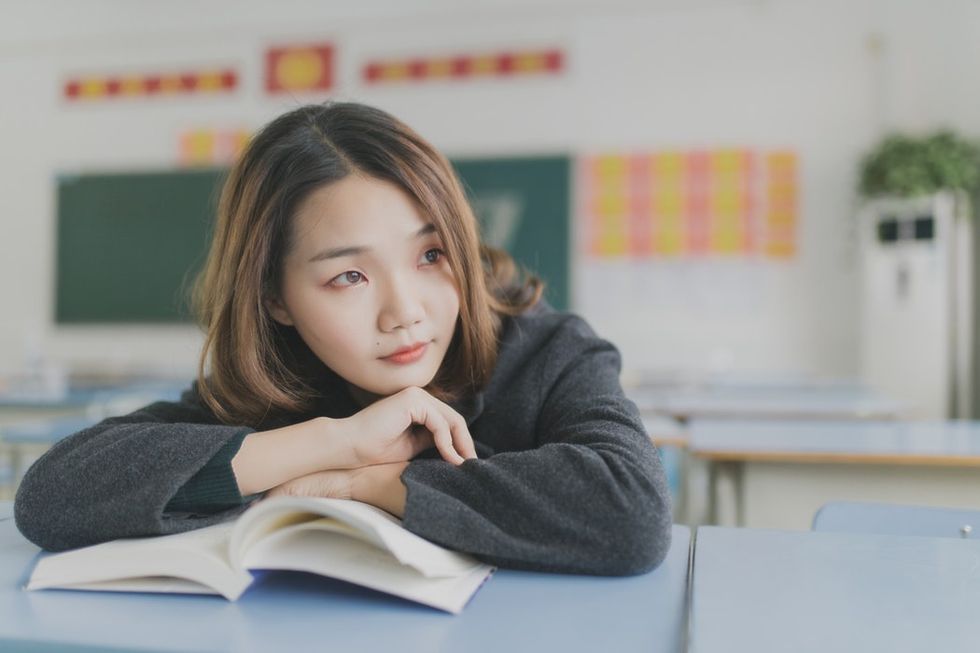 I was 9 years old at the time.

This was a definitive year for me, as I just tested into the prestigious "Gifted" program at my elementary school— looking back at it, establishing a hierarchy of children based off of an outdated measure of "intelligence" such as IQ is quite barbaric and discouraging for such a young and delicate mind. For those who were blessed as to not have encountered such a flawed system, the "Gifted" program at my school (I will continue to use quotations as I don't believe in the system that was in place at the time of my schooling) required children to score a 130 IQ or higher. If you weren't already aware, a 130 IQ or higher is the "top 2.5% of the world." In other words: You had to somehow fit this particular mold for what some really old guys thought was intelligent back in 1916. Yes, they have modified it to "keep up with the modern times," but how can you measure intelligence when there are so many factors in life that can affect someone's cognitive function in any circumstance?

Anyways, to remain on topic, up to this point in schooling, I had gotten all A's without putting much effort in. Not to brag, I just somehow memorized all the lessons (you'll see how this is a curse in a second). Therefore, I just kind of assumed grades fell onto my lap; I literally had no concept of studying or putting work in due to the ease of the class. I was only a kid at the time, so please don't expect me to be this naïve today (at 8 or 9 years old, I really only ever thought of action figures, video games, and those delicious Fruit Roll-Ups I used to enjoy during snack time). Therefore, as I began just another year— which I expected to be just another year of mindless schooling— I did what I did best as a student: absolutely nothing.

I went about my business as usual: I woke up in the morning, brushed my teeth, got dropped off, sat in my desk, fidgeted endlessly with anything that stimulated my mind (from my fingers to my erasers and pencils to the post-it notes I kept in my plastic pencil box), talked occasionally to my neighbors before the teacher reminded me I was in class and went home to do the homework I always never struggled with. I was just a blissful 9-year-old who just wanted to finish his schoolwork, play RuneScape, and watch the latest episode of Dragon Ball Z— If you haven't seen this show I highly recommend, as it really teaches you about hard work, family, friendship, and everything else you need to save Earth while featuring visually stunning fight scenes with flying monkey men who shot colorful lasers at each other.

One of the things that was especially trending back then for a child— this was in 2004, so I know you want to say the Razor Scooter, but it's not— was the Lego brand. My best friend Ryan had just gotten this awesome Lego ship that came with a huge Lego dragon, and he said there was an even bigger one that had a castle that was on sale at Toys R Us (may it rest In peace). Quickly plotting my finesse of possibly the coolest toy my 9-year-old brain could fathom, I remembered that interim reports would come out the following week, which meant that my mom would see the awesomeness of my grades as usual, and I could use that the Lego set as a means of a reward. It actually worked, and my mom even told me that she would take me before the reports came out because she trusted me and was already proud that I was in the "Gifted" program (forgive my mother's reluctance to see the flaws in that system, she was a single mother from Puerto Rico who was working hard to make sure my siblings and I had every opportunity at the American Dream). We were set to go to Toys R Us the following Monday after school.

Monday did not come soon enough. My daily rituals seemed even longer and more drawn-out as usual. When the final bell rang to indicate that I was free to enjoy the company of hundreds of pieces of manufactured goodness, I dashed out to the carpool lane where my mom was waiting for me. I jumped inside— anticipating a warm welcome and embrace— to encounter a face with extremely puffy, red eyes. After hearing a sniffle or two, I asked her what was wrong.

"It's nothing too serious Alex. We'll just have to talk about it at home."

Disheartened by the death of my dream to own a castle that came with its own dragon, I understood it must be a very grave situation indeed. And it was, much more than I would've thought at the time. When we got back into our apartment, she explained everything in a way that I could read a mixture of disappointment and sorrow. I was going to be removed from the "Gifted" program because I was apparently failing all of my classes.

I remember thinking to myself in complete and utter astonishment. At this point in my life I really had no concept of failure, and therefore could not fathom how I could have been at the very bottom of the grading scale. I did everything I usually did for class, but this time— with a more "demanding" curriculum (that's an educated person's term for very constricting to a particular standard)— I could not just get away with somewhat paying attention to what the teacher says and remembering it when the tests and quizzes came. But as a 9-year-old whose mom never entered the American system and came from an island that was very traditional in a lot of mindsets, I just translated this rejection as me being "too dumb" to be a part of this group of kids.

I was diagnosed with Attention-deficit/hyperactivity disorder (ADHD) when I was 9 years old. Shortly after my rejection from the Cool Kids Club, my family took me to a psychiatrist that told them I had severe ADHD, and that at this age, I needed medicine to focus. They wanted to prescribe me Adderall, a medicine with a very similar molecular structure as methamphetamines like the blue stuff that Walter White and Jesse Pinkman make. Luckily, I had a cousin at the time who was a year younger that was diagnosed with ADHD as well, and my grandfather refused to put me on them.

I was 9 years old when I was deemed a failure. I was 9 years old when a school told me that I could not amount to "gifted" standards. I was utterly destroyed and went down a path wherein I defined myself by the standards of a system that didn't understand me. I began to just decline in academics, and by the time middle school was around the corner, I was recommended for Regular classes. As if the American education system didn't need more division and exclusion within its ranks. To the dismay of the system, however, I overcame 6th grade with ease, earning straight A's and testing into "Advanced." By the time I was in 8th grade, the administration invited me to rejoin "Gifted," and I laughed them off. I did not want to allow the curriculum to define my potential.

Today, I am 23 years old. I attend the University of Central Florida as a first-generation college student pursuing two degrees: a Bachelor of Science in Health Sciences (pre-clinical) and a Bachelor of Arts in Writing and Rhetoric. I work for UCF and Lockheed Martin's CWEP Program, working as a technical writer for instruction manuals on the military's technology. On top of this, I've put myself through college independently for 6 years, have an internship with a biotechnology startup wherein I am chief biomedical sciences research associate, and serve as president of the writing and rhetoric honors society at UCF. I have accomplished so much— despite what early education told me— and will only continue to climb up the ladder.

What the "Gifted" program taught me was by far the most important lesson in my life. It wasn't upper curriculum math or the secrets to excelling in the FCAT, a standardized test that represented many of the problems within the system. "Gifted" didn't teach me that I would need this snobby title to get ahead in life, nor did it teach me that those who don't have the unfortunate opportunity to sit in a "gifted" are just as intelligent as these appraised individuals. I'm not taking away from the Cool Kids, I'm just saying that we shouldn't spend so much time praising others while belittling the rest. The "Gifted" taught me that the system categorizes us through standards that don't really reflect reality. Just because you learn differently from everyone else, or don't develop at the same capacity, doesn't mean that you are inept. The education expects us all to produce certain results when we are all so different, Alexander Russo

Life isn't easy, but the way we are taught and the way society thinks doesn't make it easier for the majority. We have to learn to look at reality for what it is and put our capabilities in our own hands rather than outdated principles. Don't fall for the charade that modern educations puts on, and learn to come up through the ranks by your own means. Everyone is intelligent in some way, and thus, you just have to search for where the potential lies.