He did it his way. 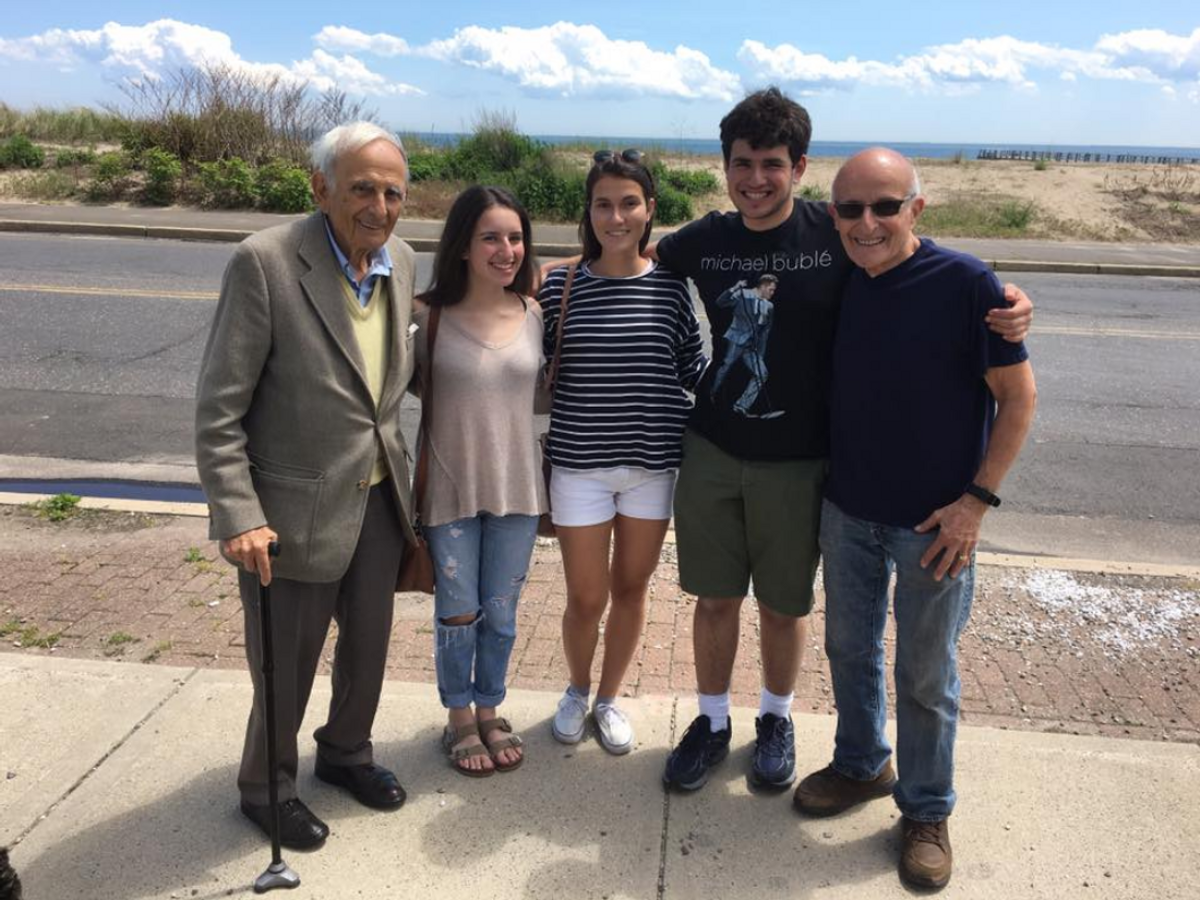 My Great Uncle Ed was a man of honor, service, and helpfulness. He always helped the best he could, cared deeply about his family, and led a life of his own. In his memory, I'd like to share ten lessons I have learned from spending time with him during his life.

1) Always dress for success, no matter what you're doing.

Uncle Ed was notorious for wearing his suits. Going out to lunch? Suit. Day in the house? Suit. Hot day in August? A suit. Yet he always looked good and he made me realize that it can be any day of the week and a suit will always be a good occasion.

2) A last name like Silver gets you good parking at the symphony.

Uncle Ed made friends no matter where he went. Everybody knew him and sometimes it got him special privileges. Once, when he took me to the symphony, he parked in what thought was a no parking zone. It was then that he told me that the security knew his name and let him park there ever since. So I realized his name got himself great parking.

I still will never understand golf. But I always relate golf to Uncle Ed. Racebrook Country Club was Uncle Ed's life and love. He was Mr. Racebrook, as a former bus driver called him. He was a prime golfer in his time. He enjoyed the game and even when he stopped, he stayed big in the golf world to which he became president. And he stayed well connected to Racebrook for the rest of his life. But golf means a lot. It's not just how you play the game; it's the connections you make from it .

4) You never know what events will happen in your life. It may end up making an impact.

Uncle Ed served briefly in World War II when he got the call that he needed to jump into action to take over our family's business while my great-grandfather was dying. And he held the reigns of the business for many years. Before my grandfather and father, it was Uncle Ed. And he remained the original Mr. Silver for many years.

5) Nothing is better than lunch at the Sandwich Board.

Every time I had no school or was home on a Monday, I always asked my grandfather if I could join him and Uncle Ed at the Sandwich Board. It was their tradition; they went with two other gentlemen and talked politics, , and daily life. And while I could never follow up on what they were saying, the atmosphere of lunch with the gentlemen was still there.

6) Hamilton is really based on the book.

when I got my Hamilton tickets, I started to re-listen to Hamilton. But Uncle Ed told me to read the biography first. And while to this I haven't gotten a chance to finish the bio, I do have to say that he was right. The biography is really the main source the musical.

Every birthday, I would get a mailed birthday card with a $50 bill. It wasn't the money that I looked forward to the most. It was the fact that the card was mailed with special intent. And that's how Uncle Ed made every birthday special, with a hand-sent with a special message inside.

My Vermont house is close to a century-year-old. And there is a lot of furniture from when Uncle Ed often went up to the house. And while to some, the furniture may look older, to me, there is something about that older furniture that gives our house something special. It makes things happy and unique. And I enjoyed Ed's style and how the house was first built.

Whenever Uncle Ed attended the Rotary Club, every member shook his hand. He was always with the handshake. Firm grasp, eye and a smile. He was a good shake. It showed he was interested in talking to you. And that is why I always offer a handshake when I meet people because Uncle Ed would do the same.

One of my fondest memories of Uncle Ed was at his 90th birthday party in Paris. We all took a dinner cruise down the Seine and he got up to speak. Instead, he sang for us Frank Sinatra's "My Way." And it was a lesson he took with him up until he died. He lived his life the way he wanted to. He lived on his own, drove freely, read, and learned so much. He lived his life prosperously and he did it his way.