Life Lessons That I Learned From Playing Hockey
Odyssey

Life Lessons That I Learned From Playing Hockey

The important lessons weren't always just about the game. 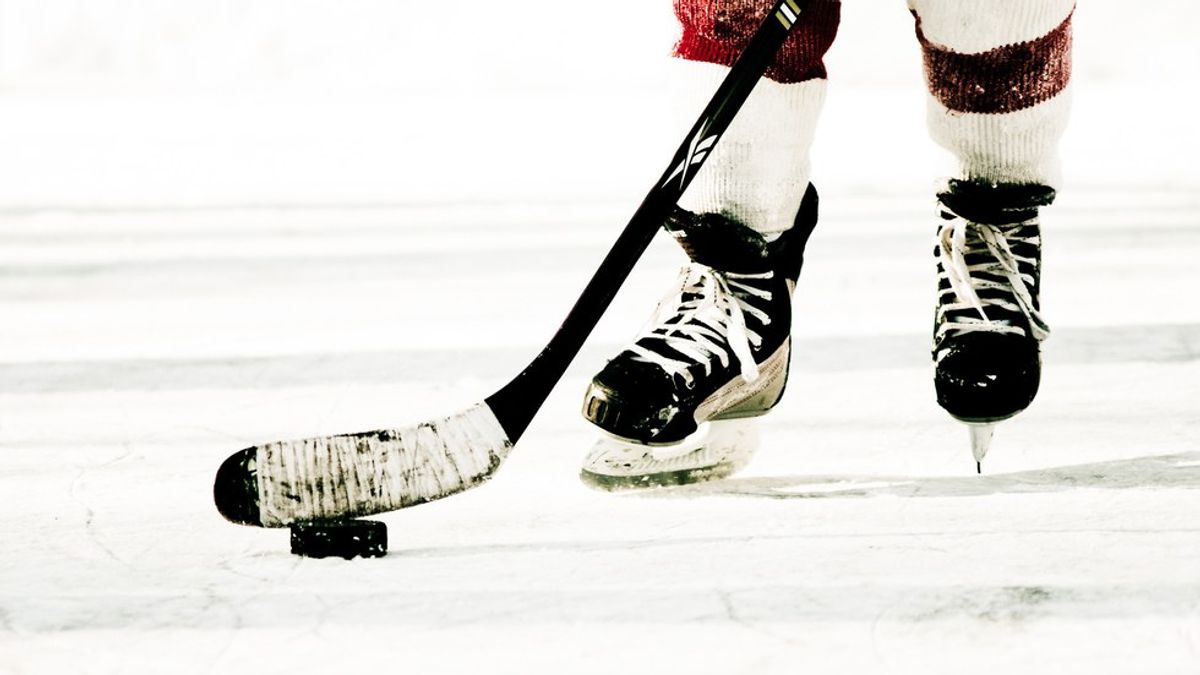 There are many lessons that we learn while we grow up. We learn how to do things in life like how to buy what we want, drive, and tie our shoes. But we also learn things that begin to shape our personalities.

We are taught to be trustworthy, to be kind, and to be helpful. All of these things help us become the people that we are today and show us how to get along in the world. But the way that we learn those things is often varied.

Some people learn these things from their parents or their teachers or even celebrities. But I think you can also learn a lot by being in a team sport. I was in ice hockey for fourteen years as I was growing up, and I believe that I learned a lot of life lessons in those fourteen years.

Throughout the years I had to be responsible for making sure I had all of the gear that I needed in order to play. If I didn't have something important, that meant I couldn't be on the ice and that I would let my team down. I also had to learn that I was responsible for the things that I do during a game. If I made a mistake, it was my fault and not anyone else's. This, especially, can be a really hard lesson to learn for a lot of people, but I'm glad I learned it so that I can go through life working to fix my mistakes rather than trying to find blame in someone else.

This is one of the bigger lessons that you learn in any team sport. Every adult or young adult knows that there are going to be difficult people to work with in the world, and there are going to be people you don't like. But sometimes you will still have to deal with those people and try to work around it. Being on a team teaches you the important skills of how to deal with other people and understand their side of things. You also learn that they might have some great ideas and certain skills that you don't or couldn't come up with on your own. Working with others is a great asset because sometimes you simply can't do things on your own, like play an entire game of hockey.

This is a lesson that some people might not immediately think of when they think of what a team sport can teach you, but it's one of the biggest things that I learned throughout high school while I was playing hockey. Playing hockey takes up a lot of time. We would have practice every night and it usually took about two hours, including driving there and getting dressed. Games would be every weekend almost every night. We would most likely have to travel to different towns to play the games so sometimes my whole weekend was booked as well. I was also going to school which was eight hours a day. So this didn't leave me much time for homework and socializing. I had to learn how to manage my free time or I wouldn't have graduated high school.

Hockey, or any sport really, is all about listening to your coaches and doing what they tell you to do. You have to listen to them if you want to learn anything about how to play the game and how to better yourself. And in order to do that, you have to follow their directions in practice as well as during a game. The team only works well if everyone is on the same page and if one person doesn't listen then you will have consequences for the entire team. So following directions was something that I learned very quickly, and now is something that I can do in any setting as I am trying to learn, either in class or on the job.

Like I said earlier, in a team sport, you have to learn how to work with other people, which also consists of communicating with other people. But speaking to people wasn't the only form of communication that we needed to learn in hockey. We also needed to learn how to communicate through body language. There are a lot of points in a game that you have to look at a person's body in order to know what they plan on doing. Goalies do this the most often so that they can know where the shooter is going to send the puck. But you also have to be aware of your own teammates while you're playing. You have to know who they are going to pass to and if they intend to pass to you or not so that you can be ready. This is something that you learn about a person as you get to know them, but it is always a good thing to know the basics as well.

Being in a team sport isn't always just about playing the game and practicing. There are a lot of emotions going into it as well. So we had to learn how to support each other and cheer each other up. We had to know when someone was upset if we were losing and how to work so that didn't affect the entire team. We had to learn how to help those who needed it and how to give them positive feedback as well as criticisms. We leaned on each other and this lesson comes in handy when you are dealing with relationships and friendships throughout your life.

Finally, you had to learn how to analyze yourself. You had to know your own strengths and weaknesses, as well as your teammates', so that you could step back when you knew that you weren't as good at something as someone else was. And, likewise, you could step up into something that is your strong suit. This game really showed me things about myself that I would have never known if I hadn't played hockey. Now I know that I have a more defensive personality rather than offensive. I know that I'm a listener rather than a talker. Learning these things about myself really help me interact with the world around me and understand what I can and cannot do.

I am so thankful for all of the memories this game and my teammates have given me, but I am the most thankful for the things that I have learned throughout the years. I think hockey has been something that has shaped me and allowed me to be a capable young adult as I try to find my place in the world.

I know that I have learned these skills and that I can transfer them into the jobs that I work, and eventually the careers that I have, and hopefully become an adult who is responsibly engaged in the world.