Here are some valuable lessons shared from a fellow freshman in college. 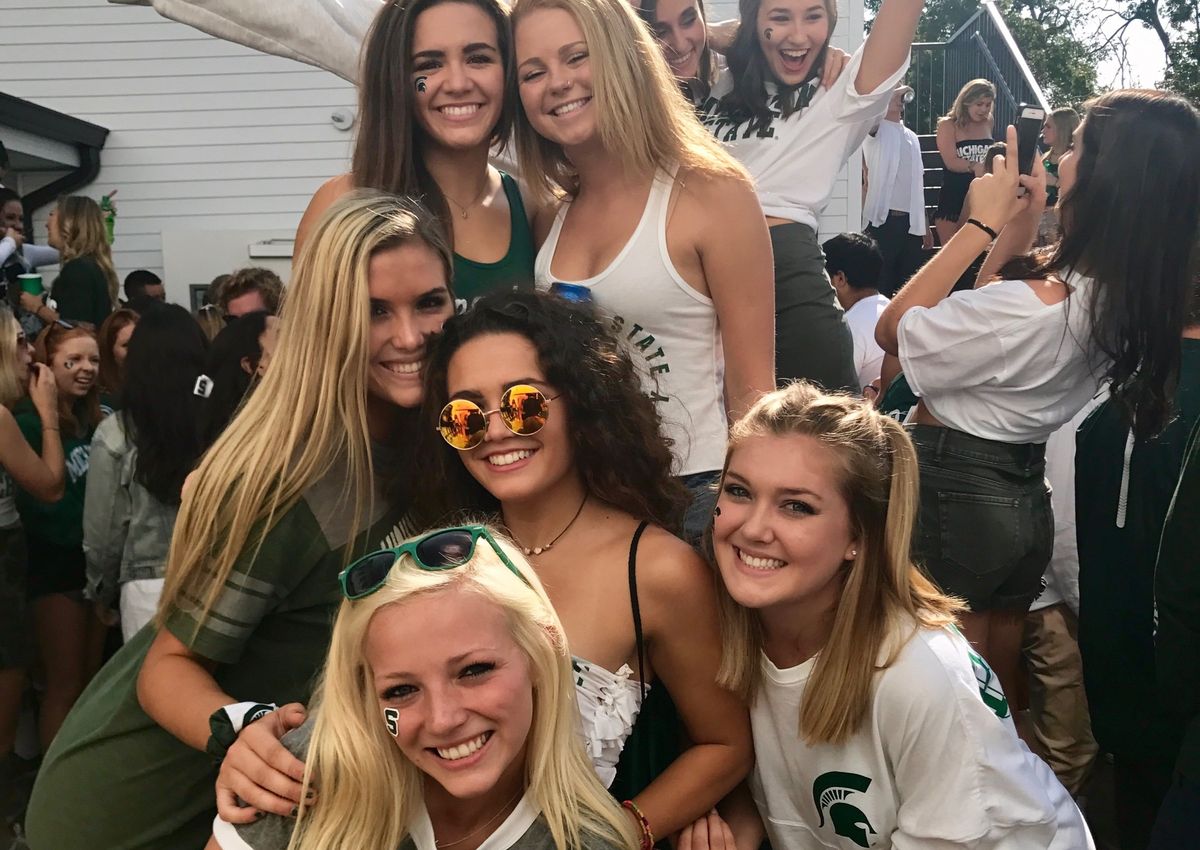 As I start my winter break I look back on on the valuable things I've learned and experienced during my first semester of college. Overall, the first semester has been full of studying, football games, laughs, cries, and of course, late night Cottage Inn runs. I'm very grateful to be able to experience college and learn a lot of things along the way.

1. Picking a major you love makes the college experience so much better.

During my freshman college orientation, I switched my major to creative advertising and studio art. At first, I was nervous because I had no idea what these classes would be like. It turns out, my double major fits my interests perfectly. If I had to give some advice to future college students, I would tell other students like me to pick a major that you're passionate about.

2. Sometimes you pick a roommate and they end up being your best friend.

About seven months before college I chose a roommate who I had never met. Flash-forward, I cannot imagine not having her by my side in college. I know this obviously doesn't happen to everyone, but I'm very thankful it happened to me. When I got home for the first time since college started, I found myself feeling so lonely! Who was I going to talk to at three in the morning? Who would help me pick out outfits to wear? Who am I going to take naps with? It's very funny how close you can become to your roommate in only a few short months.

Some of my classes were far away from my dorm and sometimes I would dread the walk there. However, I found it semi-peaceful to put in my headphones and just walk to clear my head.

So many times I would stay up super late and really rely on naps after my 8 a.m. class to keep me going.

For me personally, it took a lot of effort to attend the games. I like football but I would rather tailgate with friends during the game and watch the game on TV. If you're a football fan I would totally recommend getting season tickets because the games are fun, but not if you're not 100% for it.

6. Friends will find you.

Along with my roommate, I became very close with girls on my floor and many mutual friends. This is one of the best things about college. I love going out but sometimes nothing beats a movie night with close friends or even a board game.

For many people, including myself, the cafeteria scares them because there is so much food! Because I would get up so early for class, I would make myself eat a good breakfast so I wouldn't be hungry during my class and for the beginning of the day. Pick out things that you like at the cafeteria and stick to them. Also, always drinking water helps you to avoid getting sick.

8. Take care of yourself!

Know what your body needs. If you don't feel 100%, don't go out! I made this mistake the weekend of Halloween by going out multiple nights in a row. That Monday I was deathly ill!!! Don't do this to yourself.

9. Take advantage of every opportunity college provides you.

If you don't understand something in your class, go to that professor's office hours. Join clubs and be open to trying new things because that is what college is about.

Some of my favorite things are getting letters from my parents, grandpa, and friends. Never take those little things for granted.

I'm so thankful to have had all of these new opportunities and experiences during my first semester of college! I can't wait to take on spring semester.