Why I've Learned So Much from Steve Rogers
Odyssey

Why I've Learned So Much from Steve Rogers 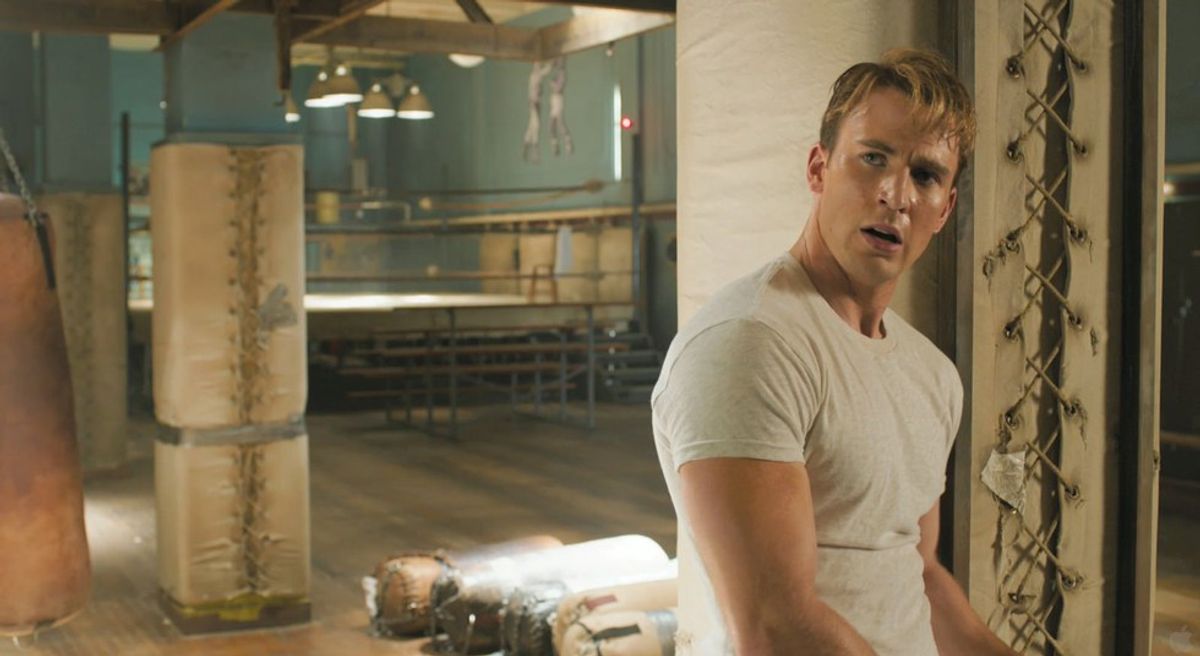 As a self-proclaimed movie buff, sci-fi fanatic and an overall comic book nerd, there are a lot of shows, movies and books that empower me to become the best version of myself. There are even some characters from these stories that I can both easily connect to and draw inspiration from, like Luke Skywalker and The Flash. However, the hero that has made the biggest impact on my life and my psyche is definitely Steve Rogers, AKA Captain America.

It may not seem this way to some of you, but Steve Rogers is actually one of the most complicated superheroes in the entire Marvel Cinematic Universe. A lot of this has to do with his “origin”, or how he came to don the Stars and Stripes. If you’ve seen the first “Captain America” film, you know that Steve started out as a small and scrawny man-child. In fact, the first time he tried to enlist to fight in World War II, he was deemed as physically unfit. However, for those who got to personally know him, they learned that Steve was braver and had a bigger heart than any other soldier, no matter how experienced or athletic.

This led to Steve being chosen for the Super Soldier Serum experiment, which turned him into the incredibly-built man that we all recognize. Although we obviously don’t have this kind of technology today, I think this actually served as a metaphor for inner strength. Even before Steve became Captain America, his character and integrity already made him stronger than his peers. It was only until after the experiment when people started recognizing these competencies. I know that none of us will ever be chosen for any crazy sci-fi experiment like Steve was, but his moral fiber led him to greater opportunities and experiences. I think this is a life lesson we can all easily follow; if we’re nice to others and have respect for those around us (including ourselves), it can help us achieve the greatest of feats.

At the end of “Captain America: The First Avenger”, Captain America crashed into the Arctic and was subsequently frozen for roughly 70 years. Having something like that happen to Steve must have been very traumatizing, but he surprisingly took it better than expected, even though his love interest was now a senile woman. What’s more is he immediately got back on his feet and fought off an alien invasion in “The Avengers”. This is another testament to Cap’s character, and it also taught me that I can overcome anything, no matter how distressful or heartbreaking. I just hope this doesn’t mean that I’ll have to battle any laser-wielding aliens any time soon…

In “Captain America: The Winter Soldier”, Steve learns that his childhood friend, Bucky Barnes, is alive and being used as a brainwashed terrorist for the evil Hydra organization. This gave Captain America a difficult choice: Would he save others by killing Bucky, or try to help his best friend while possibly putting others at risk? Considering that Bucky clearly didn’t remember Steve or anything else about his past life, the logical choice would’ve been to put him out of his misery for the sake of the world. However, being the greatest friend in movie history, Steve put his own life on the line while trying to get Bucky to remember who he is. Again, this storyline is way more radical than anything I will probably ever encounter, but this taught me a lot about friendship, especially with the friends I know will be with me for the rest of my life. If anything ever happened to one of my friends, I wouldn’t hesitate to help them in any way possible because that’s what close friends are supposed to do. Steve clearly went beyond what was expected of him in his friendship with Bucky, and I hope I can be there for my friends if they ever find themselves in trouble.

This summer, “Captain America: Civil War” came to theaters and is already regarded as one of the best superhero movies ever. The film, which featured every Avenger minus Thor and Hulk, asked the curious question “How much control should superheroes be given?” (I know this isn’t an issue in the real world, but I promise that I have point to all of this). After the destruction that the Avengers caused while fighting villains around the world, the United Nations created the Sokovia Accords, which basically stated that superheroes could only fight when authorized by the UN. While some Avengers like Iron Man and Black Widow supported the Accords, Steve believed that it wasn’t morally sound to practically keep them on a leash. He, along with Falcon and Scarlet Witch, felt that they should be able to help anyone at any time rather than waiting for the UN to give them approval. As you can imagine, this created a huge rift among the Avengers.

The film got even more interesting when Bucky was accused of bombing the UN, making him an international fugitive. This forced Steve to look for his old friend, only to find out that he now remembered his past life and was apparently framed. Now, since Steve was helping his wanted friend avoid apprehension, he was considered a criminal himself. As you could probably expect from a Marvel movie, all of this led to a huge fight between all the two sides and another brawl between Captain America, Bucky, and Iron Man.

Now that I’ve explained everything, what can we learn from all of this? Well, despite it being the unpopular (and possibly fatal) option, Steve held on firmly to his beliefs of freedom and friendship. I know that sounds ridiculously tacky, but those were his convictions and he was going to do anything to defend them. As people that don’t have any superhuman abilities, we can use this lesson in our own lives by not giving up on what we believe in. Sure, there will be a lot of people that will disagree with our political views, religion, or even career aspirations. If you haven’t dealt with this before, I can promise you that you will eventually encounter someone who will be completely injurious to what you think is right and wrong. In “Civil War”, there was a quote that explains this thought process perfectly. The quote was, “When the mob and the press and the whole world tell you to move, your job is to plant yourself like a tree beside the River of Truth, and tell the world, ‘No, you move.’” This is exactly what Captain America did, and I hope it’s something you will do next time someone doubts you and your beliefs.

In conclusion, I know that Steve Rogers and every other superhero is 100% fictional. However, that doesn’t mean we can’t learn anything from them. Just about every show or movie has hidden messages inside of them, and when you can find those messages, they can potentially help you in your everyday life. No, you’re not going to gain super powers anytime soon, but these intangible lessons can be just as powerful if you’re able to use them with the utmost effort that’s inside of you.