You probably will go into your first year of college believing you have an understanding of how college works, but you don't. 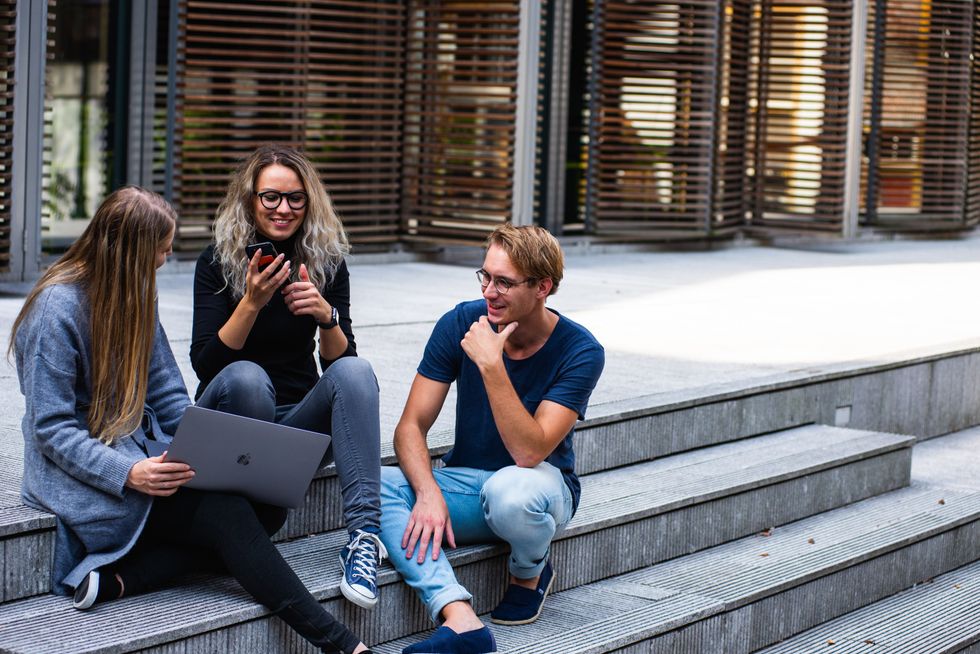 I went into college believing I understood how college worked and that I had a handle on everything. Boy was I wrong. Your grades are not going to be what you wanted in your first semester. The friends you make in the beginning are going to show their true colors and it is not always pretty. Some of your friends, maybe even you, will fall into the party culture. After mid-terms or finals, you will be basically brain dead and you might become overwhelmed by simple tasks.

The "freshman 15" is a complete myth because it depends on the person.

In high school, I was at the top of my class and was obsessed with achieving straight A's. However, college taught me that is not a realistic goal because courses are much more complex and cover much more material. I was lucky enough only to get one C in my first year, but I know multiple people that made it out with a GPA of a 2.1. Many people fail classes, and that is not something to be ashamed of because not only is that common, but you are also jumping through more obstacles than you ever will in high school. Some courses' material will be so dense that you will not be able to remember it all for the exam.

For example, my Intro to Media class covered the complete history of media, starting at the telegraph to augmented and virtual reality. Sometimes you will not be able to comprehend the information included due to the time of the class, which is why I recommend avoiding classes before 10 a.m. your first year. The one class I got a C in was at 9:15 in the morning. I could not comprehend the material since my brain was not fully functioning, and it just was not as simple as high school classes. Now, I am not saying to shot for C's, but they will get you to graduation.

The friends you start out with at the beginning of the year will probably not be your friends by the end of the year. During my orientation before school started, I made a whole friends group and thought we would last throughout college. We did not even last through the first semester. It was not because anyone was just a terrible person, they are all great people. However, people's quirks began to get annoying, differences became more apparent, and we lived on different campuses. That friend group ended up splitting because we all had varying lifestyles, and some people's differences became too great to ignore. So, the lesson to be learned here is, if they are not helping you grow or if you are always arguing about your differing opinions, cut them off.

3. Exams suck every bit of energy out of you

I just finished my final exams for the year this week, and it sucked so much energy out of me that I can barely write this article. I am actually turning this in a day that because I had no idea what to write about due to all the information that is still swirling in my head from having to cram before exams. After exams, I recommend taking a break from everything that requires critical thinking since, at least for me, my brain starts functioning as if I never even learned how to read.

After I had three exams within two days, I literally could not even say the phrase "cute keychain," and sometimes my friends had to repeat a sentence around five times because I could not comprehend the meaning of simple words. I know this sounds ridiculous, which it is, but I am not lying when I say this happens to a lot of people.

4. Do not worry about gaining the "freshman 15"

So many of my friends I graduated with began working out and dieting before their first year of college because they were afraid of gaining the dreaded "freshman 15." Well, I am here to tell you it is a complete and utter myth. It honestly depends on the person because some people stress eat and others forget to eat if they have a lot on their plate. It also depends on how big your campus is and if you have elevators. If you have a rather large campus, like Rutgers University in New Brunswick, you will most likely have to walk long distances and will always be moving.

My dorm did not have elevators, so this meant I was walking up and down three flights of stairs every time I went to class and came back. If I wanted to do laundry, I had to carry my extremely heaving laundry basket up and down four flights of stairs and then, walk from one side of the tunnels all the way to the other side. So, I ended up losing twenty-five pounds by the end of my first semester. Basically, it all depends on your habits and the size of your school.

Why College Athletes Should Not Be Paid

The Feeling Of Failing A Class For The First Time