What I grew up believing

If You Grew Up In Church, You Probably Thought These 5 things Were All True

My dad always tells me, "Do your own research before you start to believe everything you hear." 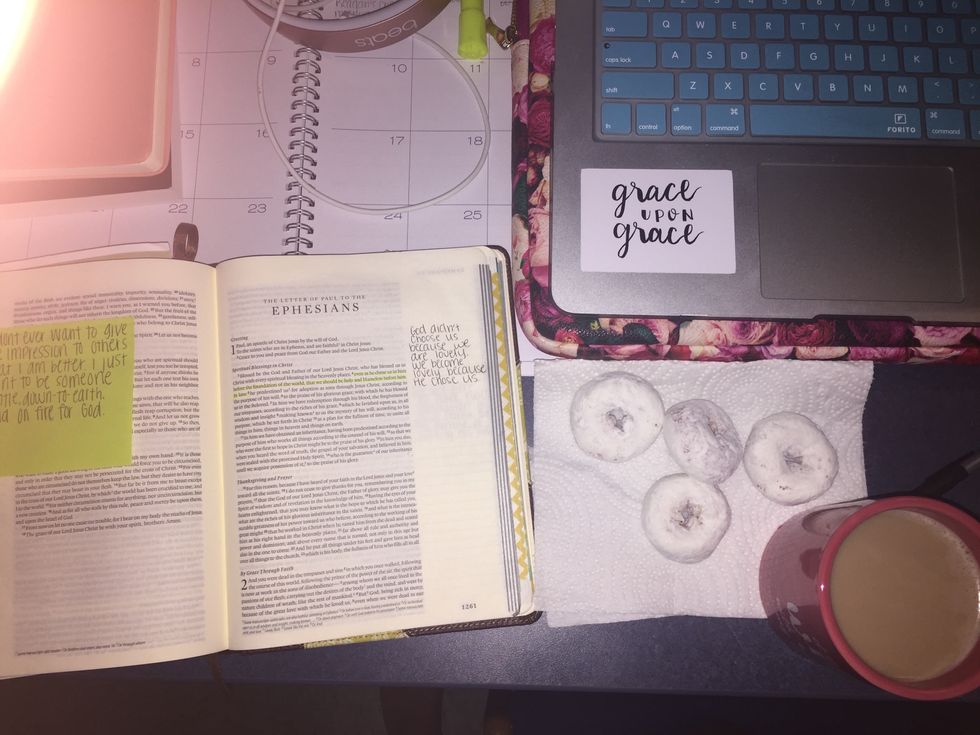 I've been in church for my entire life, and if you are like me, you have probably heard millions of stories and have written them all down in your college-ruled notebook. I love to take notes in church so that I can go back over them whenever I need to re-evaluate, but I also write everything down so that I can do my own research to make sure what I am being taught is biblical. Whether you were taught in your church or in your home, always do your own research.

1. Dating interracially is a sin

This is a picture of my little sister and her boyfriend after church on Easter Sunday.

While most people, especially here in the south have been raised to believe that dating outside of one's race is a sin, God's intent says otherwise. Yes, it is much harder than staying within your race. Yes, its difficult on the future children as well, but it was never written as a sin in the sight of God's eyes.

2 Corinthians 6:14 says, "Do not be unequally yoked with unbelievers."

James 2:9 says, "But if you show partiality, you are committing sin and are convicted by the law as transgressors."

2. Drinking alcohol is a sin

This has been the talk of the world for AGES. No, the Bible does not say that consumption of alcohol makes someone sinful, but it does talk about how drinking alcohol can make us a stumbling block for ourselves and other Christians who may have struggled with alcohol abuse.

1 Corinthians 8:9,13 says, "But take care that this right of yours does not somehow become a stumbling block to the weak. Thus, sinning against your brothers and wounding their conscience when it is weak, you sin against Christ. Therefore, if food makes my brother stumble, I will never eat meat, lest I make my brother stumble."

3. Jesus is not angry, so we should not be

WHAT?!?!? Who taught us this? There is a passage in Matthew that clearly shows when Jesus was angry.

In Matthew 21, starting at verse 12, Jesus enters into the temple seeing that they had turned the temple into a source of money. My Savior was so mad that He went full Adele and started turning tables over.

It is okay to be angry at the situation that you are going through, or the person that hurt you, but our command was to be slow to anger and to be steadfast in love.

4. Judging is wrong/only God can judge

Okay, before you exit out, hang in there with me. Yes, God is our ultimate judge, BUT, He also puts people in our lives to hold us accountable for the things that we say and do.

1 Corinthians 5:12 says, "For what have I to do with judging outsiders? Is it not those inside the church whom you are to judge? God judges those outside."

The outsiders that Paul is talking about is the unbelievers. How am I, a Christian, supposed to judge someone who does not know any better? How am I also supposed to let my brother/sister in Christ walk down a road that leads to destruction?

This one has not had as many conversations as it used to, but it is still something that needs to be cleared up. I grew up watching my best friend's dance recitals and not once did I feel like she was sinning. If my dancing is distracting anyone in the wrong way, or it is defying the glory of my Savior, then I probably should not be doing it.

Matthew 5:27-30 talks all about lust. The google definition for lust is: to have a very strong sexual desire for someone.

Dancing was never meant to be used as a tool for lust. It was created for a form of praise.