Letting Ourselves Feel The Heartbreak Of The 2016 Election
Odyssey
CurrentlySwoonLifestyleHealth & WellnessStudent LifeContent InspirationEntertainmentPolitics and ActivismSportsAdulting
About usAdvertiseTermsPrivacyDMCAContact us
® 2023 ODYSSEY
Welcome back
Sign in to comment to your favorite stories, participate in your community and interact with your friends
or
LOG IN WITH FACEBOOK
No account? Create one
Start writing a post
Politics

Letting Ourselves Feel The Heartbreak Of The 2016 Election

The initial pain will lessen over time but we must never forget this feeling. 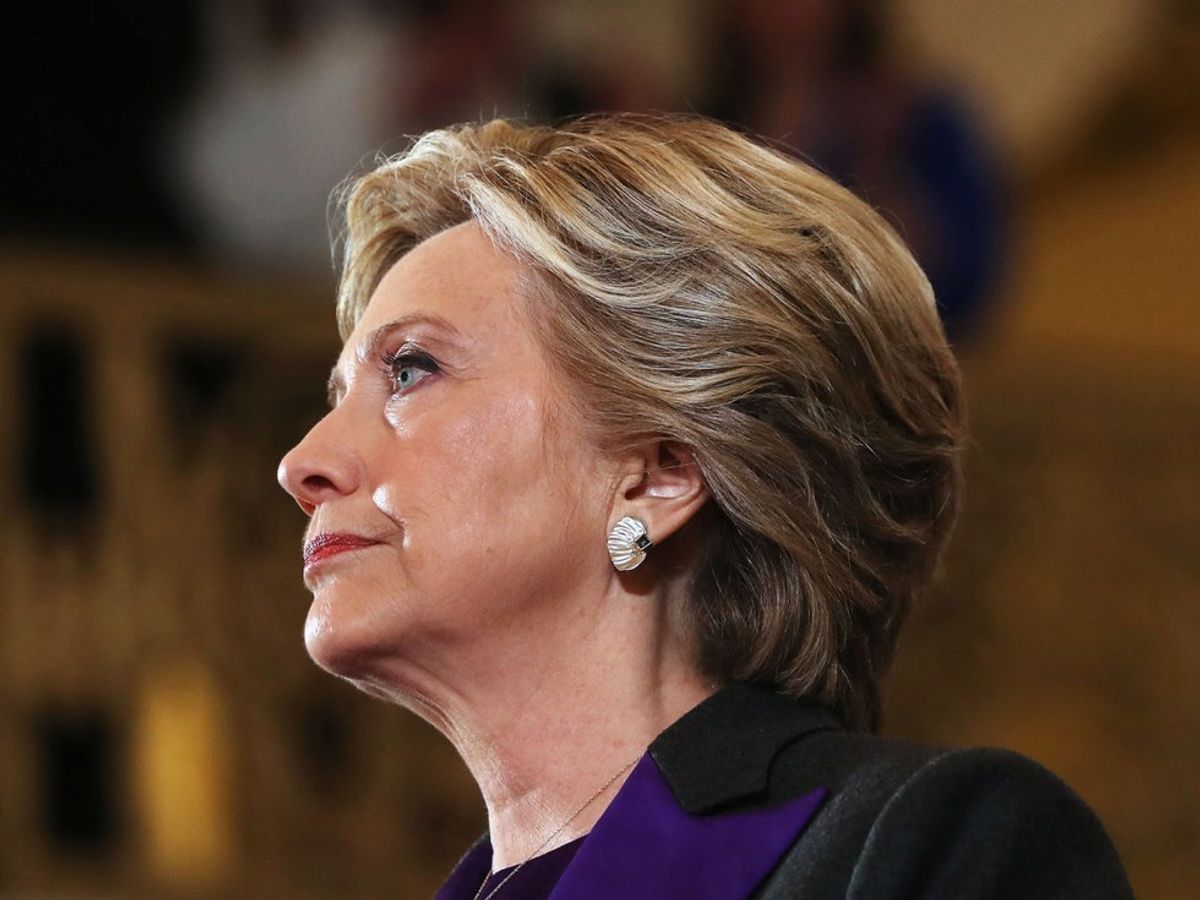 In her concession speech last Wednesday, Hillary Clinton said, “This is painful, and it will be for a long time.” But it isn’t only Clinton feeling this pain. Her 60.8 million voters are also feeling the heartbreak that the 2016 election results have caused. In the span of a year and a half, Clinton was able to unite Americans from different backgrounds, cultures and religions. Her hopeful campaign advocated for acceptance of everyone. “I want to be a president for everyone in this country—Democrats, Republicans, Independents…I’m going to work just as hard for everybody," she said.

But despite all her efforts, Clinton didn’t become our president-elect. America was caught off-guard on the evening of Election Day. New Yorkers cheered together when Clinton won the blue state but this emotion was short-lived. As the electoral votes slowly added up for the wrong candidate, Clinton supporters began to lose faith.

Now, almost a week after the unexpected outcome, people continue to feel upset, scared, disappointed and angry, among many other complex emotions. There are even others who may still be processing the event and can’t pinpoint one concrete feeling. Despite whatever phase a person may be in, it’s important to understand that all of these emotions are valid. These feelings are OK to feel for as long as they need to be.

It’s healthy to let yourself feel your emotions, regardless of what they may be. Let yourself feel sad, and confused. It’s normal to have strong feelings about a situation you invested time and energy into. It’s alright to feel angry towards the president-elect who has never held any kind of office in his life. It’s OK to feel defeated and at a loss of words. It’s perfectly fine to cry and scream.

Clinton’s loss of the White House is a loss for millions of Americans. Since the president-elect was announced, people across the country have taken to the streets to protest. Day and night there are marches in New York City, Los Angeles, Portland, Atlanta, Miami, along with several other cities. There have also been protests in England and Israel.

Americans who are in pain right now are not alone at home or around the world. Millions are feeling the same heartbreak together but we will endure this trying time. Hillary Clinton is coping in her own way by talking nice walks in the woods and spending time with her family. We must also find our own ways to deal with the results.

The initial pain will lessen over time but we must never forget this feeling of anguish and helplessness. We mustn’t stop fighting for what we believe in. We shouldn’t settle for a president who doesn’t accept America’s diversity. We must stay involved in the government and play an active role on a regular basis. We need to let ourselves ride the emotional waves right now and then, we must find a way to come out of this heartbreak stronger than ever.