To The 'Feminists' Insulting Men For 'Empowerment,' Stop Complaining And Do Something
Odyssey

To The 'Feminists' Insulting Men For 'Empowerment,' Stop Complaining And Do Something

All of the past successful women in this world were working harder, not complaining. 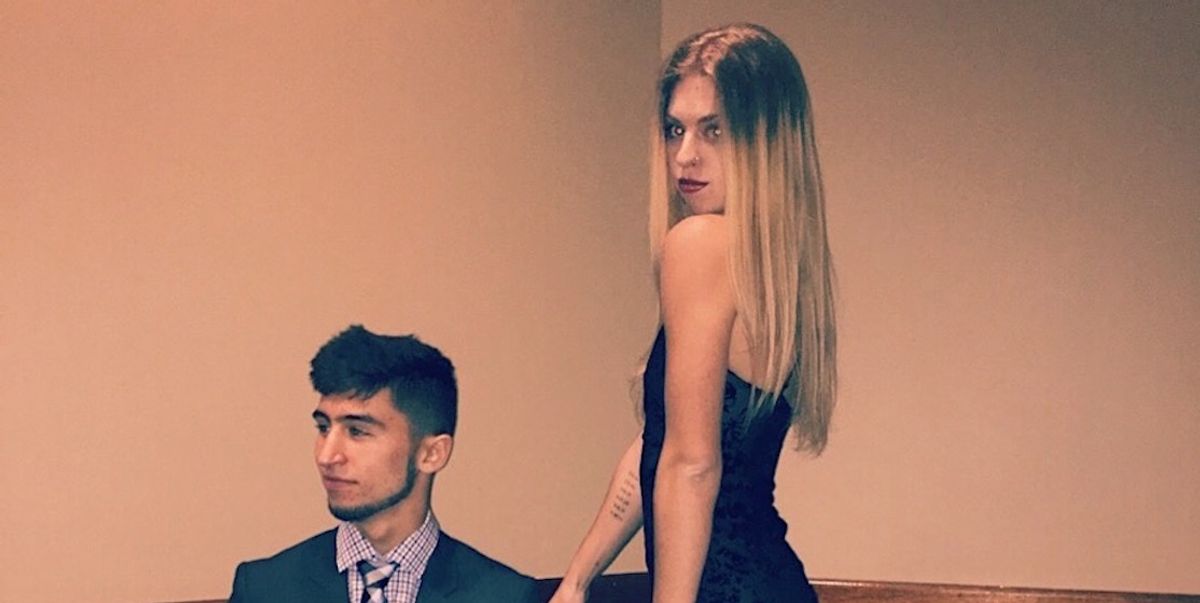 Why is equality desired so much?

To an extent, of course. But was is really wrong with being a woman in America right now? Our lives don't seem so miserable compared to the devastation women face in other oppressive countries.

You aren't getting stoned to death by your own children for a husband who cheats on you.

We don't have to hide our faces; whether or not you really believe those women enjoy wearing a hijab. If you grew up being told to hide your own identity under a black piece of clothing and shamed you for taking it off, well that seems like brainwashing and manipulation to me. Talk about oppression. We're so goddamn lucky.

We don't have to stay at home, we can choose whether or not we want to work. We don't have to shave our legs or wear a bra under our shirts... No one is going to arrest you for that here in America. What does that even have to do with feminism? I'm genuinely confused.

I believe that if you want to be equal, then walk into a room like you own it.

Show your boss that you deserve that job, and believe that you deserve it. Don't sit back and blame inequality for your losses, that isn't "woman's oppression," that's just a result of you not proving your worth with confidence and demanding what you want unconditionally. This isn't aimed at all woman, just the ones who have no idea why they're parading in the street without a shirt on.

Guy's are absolutely happier with your shirts off anyway... So I don't get it.

You want to be equal? Speak with GRIT. Speak YOUR words; not the words you've heard over and over by every other woman who continues protesting instead of proving.

A real man gets what he wants by stating it with total absolution; not two stickers on his naked chest. He doesn't rely on this idea of "empowerment," he finds it in himself.

You might say it's not fair, this is a man's world. Well, first of all, nothing in this world is fair. It is easier for them in some cases but so f*cking what? If you want things to come more easily for you, it's like admitting you can't work harder than a man.

We have the RIGHT to do what we want. And since your plan still hasn't succeeded your expectations, maybe you should try showing and doing instead of taking off from work to march with a sign.

All of the past successful women in this world were working harder, not complaining. They empowered themselves and didn't rely on anything, even the empowerment of other women because they knew they could do it themselves.

Most feminists I hear of now are saying things like, "Don't worry, he'll buy me a drink." How about you buy him one this time?

You know why I think this is a man's world? Because they handle matters differently than the average woman would. They don't dwell on jealousy, they act their part. Surely men of sorts are assertive. But an assertive interaction between two men will commonly end with mutual respect or defeat of one, along with acceptance - which they use as fuel for their fire to try again.

An assertive interaction between a man and woman commonly doesn't have the same result as the latter. Unless you are a strong assertive woman, which is acting the part of a male.

Most of the women actively complaining about their lack of rights are the ones who say they failed because a man was in charge. I am insulted by these women.

To put it bluntly, we are not equal. But that doesn't mean one is better than the other. I do not want these women representing our entire gender, leave me out of this... And I know I'm not alone.

We were made differently with different strengths and talents. Meant for BALANCE.

So, to the feminists who are succeeding through hard work, cheers!

But, to the girls begging for equality when it is absolutely attainable through extra work, maybe you should start following a mans' lead so you can see what it really is like to be "equal." Men do work hard, you just don't notice because you're too busy insulting them for having a little extra privilege which they couldn't control being born into.

If women are so strong. Show them, don't tell them.

And for the record - I don't need your extra cents to prove my capabilities and succeed.

I'm strong because I know I am.

Caitlin Marie Grimes
University of South Florida
7149
Beyond The States