A Letter To My Father Who Was Never There
Odyssey
CurrentlySwoonLifestyleHealth & WellnessStudent LifeContent InspirationEntertainmentPolitics and ActivismSportsAdulting
About usAdvertiseTermsPrivacyDMCAContact us
® 2023 ODYSSEY
Welcome back
Sign in to comment to your favorite stories, participate in your community and interact with your friends
or
LOG IN WITH FACEBOOK
No account? Create one
Start writing a post
Relationships

A Letter To My Father Who Was Never There

And a clear message to my insane step-mother: fuck off. 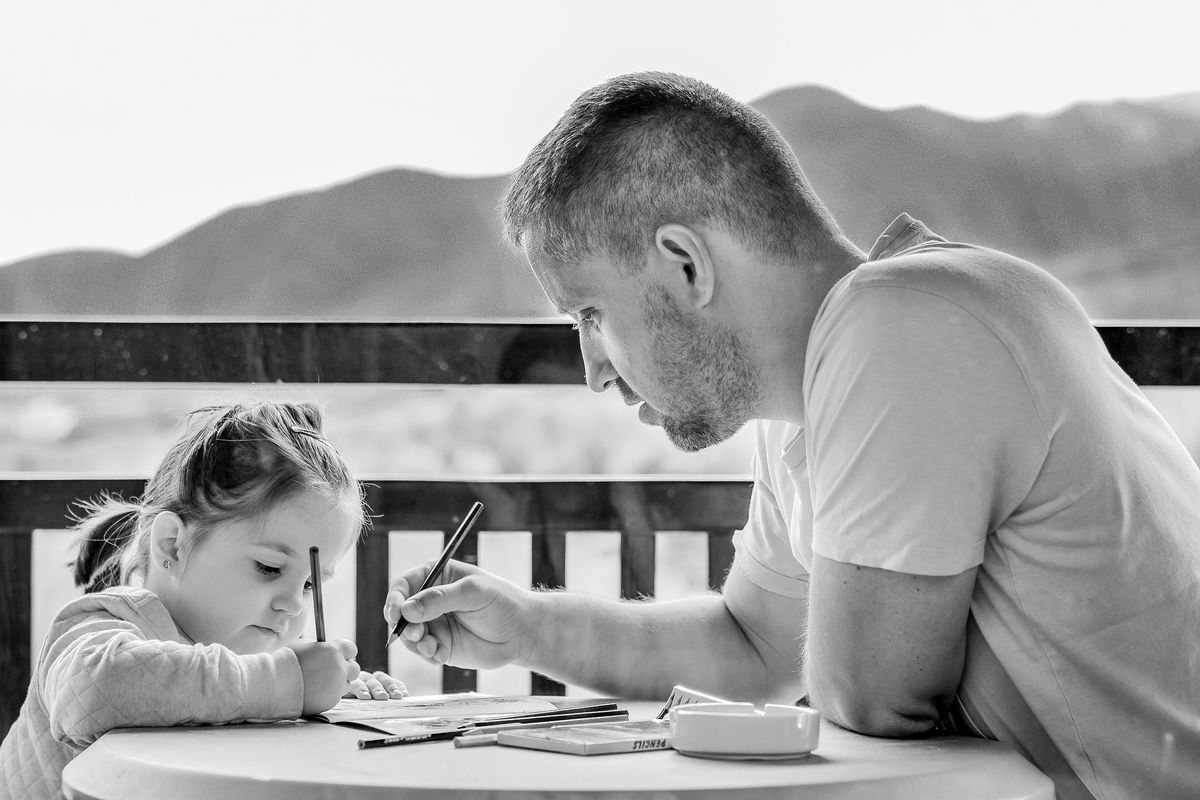 First of all, yeah. I'm totally gonna call you Michael because you haven't earned the right of me calling you "dad."

You have never, in your entire life or mine, been there for me. I've been through some shit and you haven't seen any of it. Hell, you were the cause of some of it. I didn't realize it until later on in life, but I struggled and I cried and I got angry because you were never there. You didn't want me, let's say it like it is. You looked down at either Michaela - a living memory of your late wife - or me, a harmless infant, and realized that you didn't want us.

Because, again, let's be honest, this isn't just about me. It's about Michaela too. You fucking abandoned her. You are her only full-blood relative that isn't bat-shit crazy and you just...let her go.

I've also experienced real joy in my life. The difference, though, was that you were never the cause of that joy, for either of us. We didn't know you long enough to be happy to see you. You've always been a stranger to me.

The only time I ever got to know you was sitting at a booth at Friendly's or sitting on a couch, watching tv. You always felt so foreign to me. When I was little, I used to sit and watch you and Janet set up for parties in the back yard and think: "can he really be my father?" I felt so disconnected that I hardly even wanted to be there.

So when Michaela started cheerleading and dancing competitively in high school, and needed to stay home on weekends, I knew I wasn't going there without her. Because it would've felt like walking into a stranger's house.

One time, during Christmastime, Janet and I dropped Michaela off at practice at school, and then she and I went to the mall because she needed some gifts. Two older ladies approached us and chatted with us.

"Shopping with Mom?" They inquired. I opened my mouth to speak, but before I could, she cut me off.
"Yup, that's us, mother and daughter out Christmas shopping." I felt offended and confused. As soon as they walked away, I must've given Janet the most "what the actual fuck?" look in my life, because she said to me:

"It's just too complicated to explain to people we don't know that well, kiddo." I raised an eyebrow.
"You're my step-mother. It's not that complicated. You're not my mom, and you never will be."

I was mad. I don't remember how old I was. Maybe 10 at the most? I doubt she ever told you about it, probably out of sheer humiliation.

Even though I felt absolutely alien to you, I still desperately wanted a father. I wanted someone to be able to take Michaela and I to bowling on Saturday mornings so Mom could sleep in. I wanted to be able to afford to go on cool vacations. I wanted my mother to be happy and not have to work every waking second of her goddamned life.

It wasn't until much later on in life that I realized that you were unnecessary, especially if you didn't want to be there yourself.

When Pop-Pop died, you called the house. I answered. We hadn't spoken in years. You tried to talk to me as if nothing had happened, nothing had changed. I was so shocked that all I could do was give one- or two-word answers. That phone call, that maybe lasted 2 minutes or less, was when I realized I was never going to see you again.

And then you walked away. You looked through me like I was a ghost and not your own fucking flesh and blood. I had to sit down. I felt like I was going to vomit. I think I actually did.

You can imagine my surprise, then, when Janet decided to come out of the woodwork and send me a Facebook message last year, essentially blaming me for not having a relationship with you.

"Listen, lady," I wrote back, full of contempt and anger. "First of all, HOW DARE YOU CHASTISE ME as if you have the right to! You are not my parent and you have absolutely no sway in my life! YOU ARE A STRANGER. Also, if he wanted a relationship with me, he would've sought one out himself by now. I am the child, not the parent. It is not my responsibility to check in on him. If he wants to talk to me, he can find me himself. I don't need to hear from his carrier pigeon."

I should also note that she sent Michaela a similar message and tried to throw me under the bus. Congratulations on your 25 year marriage to a conniving, idiotic whore.

You're truly one of the stupidest people in the world, Michael, for doing what you did. You threw away everything. For what? Some bitch. Some fucking moron who tries to manipulate your children against each other. And a fucking retirement community in the goddamned woods.

I'm not writing this because I'm mad at you. I'm not saying I haven't been in the past, but that's not what this letter is about. I just want you to know what you missed out on - two vibrant, hilarious, caring, intelligent young women who grew into independent, strong-willed humans just like their mother. The kindest, most hard-working, amazing wife anyone could've imagined. I want you to understand, after 25 years, what you missed. Because you made the choice to miss it. And it was nobody's choice but your own.

Nicole Marie Nigro
Individual Creator
7214
c1.staticflickr.com
Where to start...... Let me start with the cliche that life throws us curveballs and what we do with it is what counts.