A Letter About Halloween Costumes
Odyssey
CurrentlySwoonLifestyleHealth & WellnessStudent LifeContent InspirationEntertainmentPolitics and ActivismSportsAdulting
About usAdvertiseTermsPrivacyDMCAContact us
® 2023 ODYSSEY
Welcome back
Sign in to comment to your favorite stories, participate in your community and interact with your friends
or
LOG IN WITH FACEBOOK
No account? Create one
Start writing a post
Health and Wellness

A Letter About Halloween Costumes

This is important, and needs to be talked about. 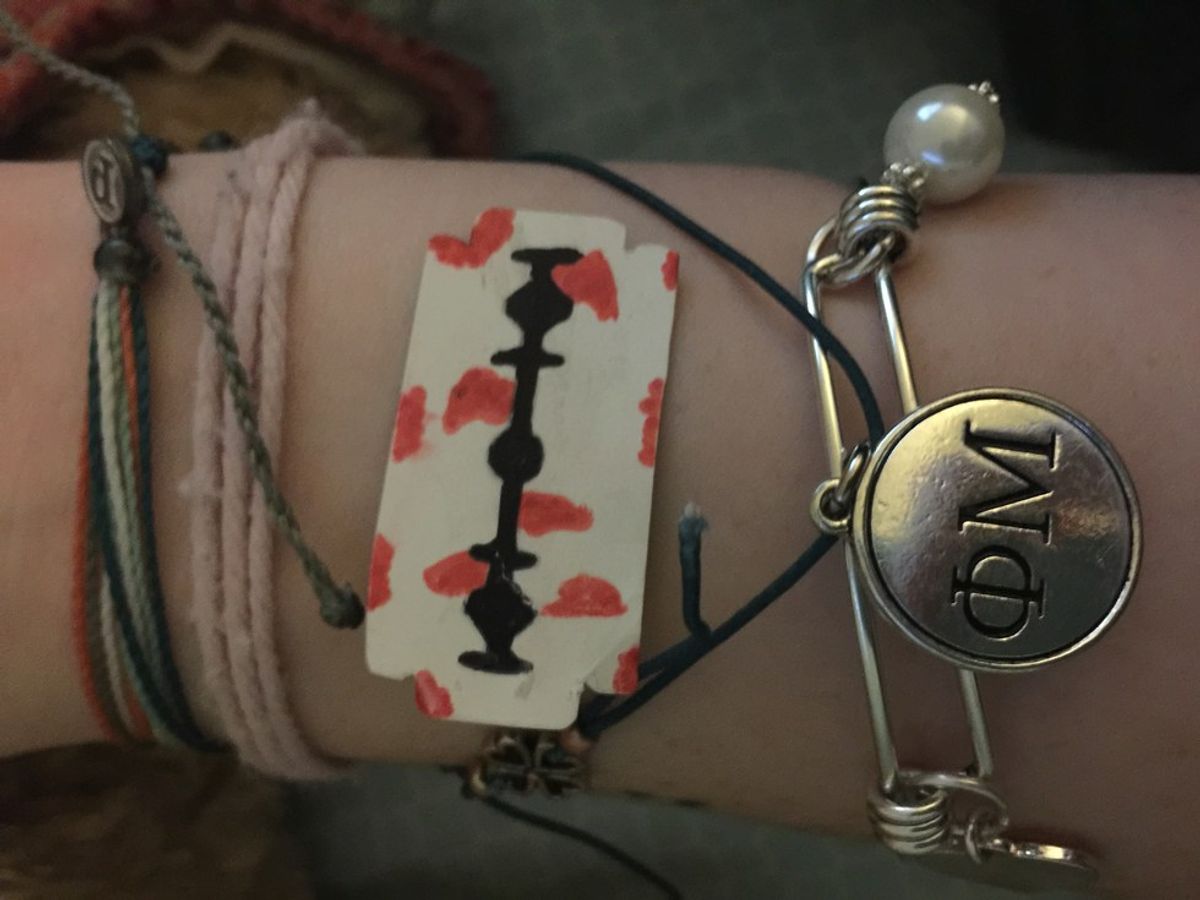 My friend and I were walking through the parking deck this past Thursday morning when I stumbled across what looked like a razor. After approaching it, I discovered that it was a cardboard cut-out of a razor, and drawn on it was fake blood. I picked it up, immediately feeling anger roam its way through my body. I have never felt so frustrated over something that seems so minuscule to others.

So to whoever and wherever you are, I hope you one day experience the pain and I suffering I did when I started cutting myself. Because heaven forbid you just fake this pain for Halloween. Maybe you were too cheap to go the whole way and buy the Walmart makeup kit to make it seem like you had killed yourself for Halloween. To you, this may be fun and games, but to me, this is my living nightmare.

I would never wish this pain on anyone, let alone use it as a costume on Halloween. Frankly, I would never joke about this. It is not okay, and it never will be okay to joke about someone else's pain for your pleasure. I hate that society has come to this today, and to think that we shouldn't be so "sensitive" about suicide, self-harm, and depression. Quite frankly, I don't think society is sensitive enough about this.

More than half of my friends and family suffer from some sort of mental health issue, and it is wildly diagnosed in today's society. Whether it's a situational, or a major depressive disorder, we all are struggling. I can guarantee that you, whoever used this razor for your costume, know someone as well. How do you think that this would make them feel, or how do you think they would view you now? It doesn't matter how close you are, or how you're related because this shit still hurts.

I still have scars from the times I wasn't understood, and I was mistreated by those around me. I will always have scars on my body, because of the mental illness I will struggle with until the day I die. Because of people like you, it makes me wish I was never born into this generation of assholes.

This is not your typical Halloween costume post, but it needed to be said, and it needed to be said soon. I am disgusted with you, random razor user because you have severely hurt me- and I don't even know you. Imagine just how much damage you could cause to someone you know personally. So next year, think before you choose a costume. And for the rest of your life, think before you speak.

The phrase that is similar to "be kind because you don't know someone's story" is relevant, but also unfair. You should be kind to people because that's the right thing to do. Don't be that person anymore.