Let’s Talk About HIV In The Black Gay Community
Odyssey
CurrentlySwoonLifestyleHealth & WellnessStudent LifeContent InspirationEntertainmentPolitics and ActivismSportsAdulting
About usAdvertiseTermsPrivacyDMCAContact us
® 2023 ODYSSEY
Welcome back
Sign in to comment to your favorite stories, participate in your community and interact with your friends
or
LOG IN WITH FACEBOOK
No account? Create one
Start writing a post
Politics and Activism

Let’s Talk About HIV In The Black Gay Community 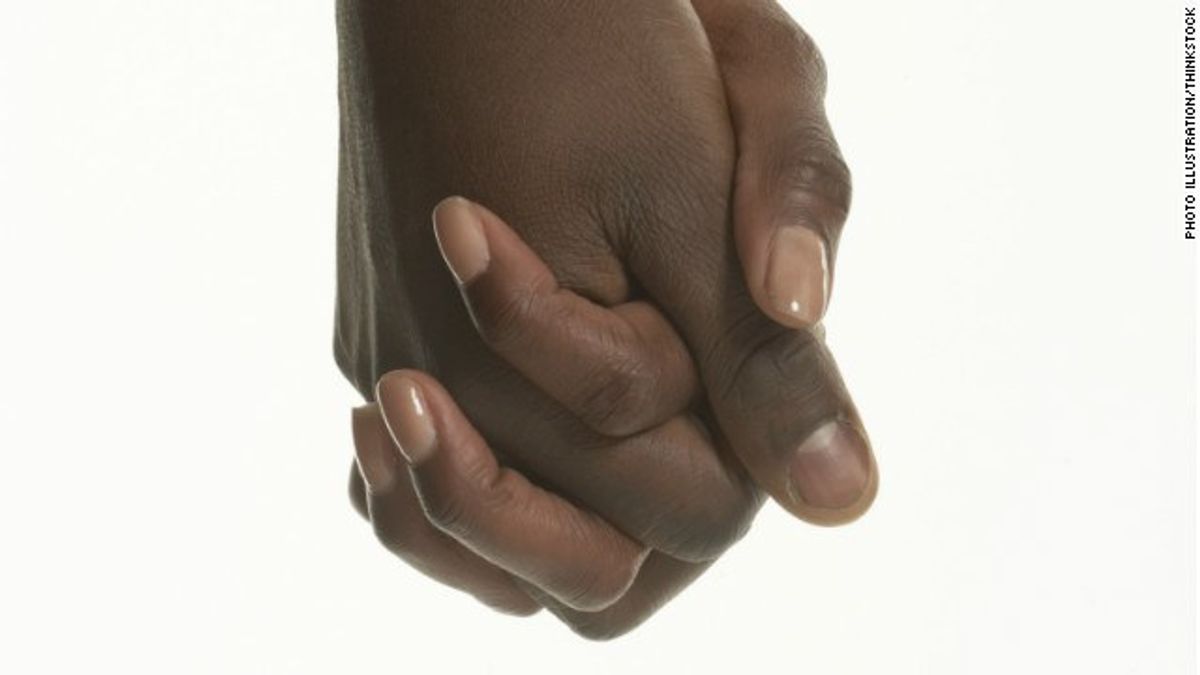 In America, black people account for 12 percent of the population, yet lead the polls in new HIV infections. Last month, the Center for Disease Control reported that half of gay and bisexual black men run the risk of being infected with HIV. For gay black men, the data is more jarring: One in two men will contract the virus within their lifetime if rates continue to rise.

Health care professionals and others have long tried to determine why the phenomena of high transmission rates exist within the black community. In 2004, three years after the CDC released a study that reported 32 percent of the gay black population had HIV, J.L. King, author of "The Down Low," released a tell-all book describing the down low relationships men have with other men in secret, while maintaining heterosexual relationships with women. King attributed the emerging statistics to "down low" men having unprotected sexual encounters with multiple partners.

His approach promoted a sentiment that paralleled the narrative of black men as savage, unintelligent, dangerous and irresponsible. Statistics and scholars moved quickly to debunk the notion. The United States Global Health Policy Director with Treatment Action Group Kenyon Farrow took to a Skype interview with me to discuss the intrinsic issues that underlay the epidemic.

“The idea that down low brothers are the cause of high HIV rates is a myth,” said Farrow. “There have been studies that have looked at black gay men who are out and men that identify as bisexual, down low, or closeted, and actually a few of these studies prove that it’s the opposite.”

I wondered why the racial disparities exist within the gay community.

“The reason HIV rates in the black community are higher than others has absolutely nothing to do with more individual risk factors,” said Farrow. “So when you look at studies comparing gay white and black men, all of them have shown that black gay men have fewer incidents of unprotected sex, lower drug use, fewer sexual partners, yet twice as many cases of HIV. We already knew the black community was suffering from disproportion since 1989, but very little money was given to this community. No one cared about it until it was already too high."

"In the early 1980s, when there began to be some money put toward prevention, there wasn't any federal money targeting black gay men until 1999 from the CDC. Almost 20 years into the epidemic was the first grant. That pot of money had to be split amongst men of color. By that point, we’re talking 25 percent of black gay men being HIV positive in this country. The disparity had already been reported.”

Another popular notion of how statistics materialize is from mass incarceration and the idea that down low men are contracting HIV in prison. Farrow insists few statistics prove that theory.

“When you begin to put people into these institutions, you change the social networks of a community. In New York State, 70 percent of people in prisons come from seven neighborhoods. Those same neighborhoods are the same as where the higher percentages of HIV are. East New York, Crown Heights, South Bronx, etc. That tells you something about what it means to constantly be moving people in and out,” said Farrow. “A lot of us value relationships between black men. The background is so high and we’re already a small proportion among the population, so the likelihood of contracting are far greater.”

Currently, there are 1.2 million people living with HIV in the Unites States. Members of the CDC say transmission trends can potentially be reversed. If more HIV-positive people received adequate treatment, the agency estimates 168,000 infections could be prevented within the next few years.

Antiretroviral therapy, otherwise known as ART, slows down the progression of HIV and significantly lowers the risk of transmission. The CDC recommends that everyone with HIV take it. Combative medicine like PrEP, or Pre-exposure Prophylaxis, was designed for HIV negative people who engage in high-risk sexual behavior to remain negative. By taking the pill once a day the treatment lowers the risk of infection by nearly 99 percent. The CDC reports that increasing access to PrEP, especially amongst the black community, could prevent an additional 17,000 infections.

“PrEP has changed the way we think about transmission for HIV for the better,” said Khalil Williams, a 25-year-old positive gay black man. “It changes the way that negative and positive people can engage in sex. Before PrEP, there was a different way negative people interacted with me. I think PrEP has made that different. It’s made negative people feel more comfortable and it’s assured me as well.”

How does antiretroviral therapy help gay men? “ART is what insulin is to diabetes, but for HIV,” said Williams. “It’s essential and needed and with access to it, and how easy it is to take, it makes it a lot easier to stay healthy and have an immune system that’s the equivalent to someone that is negative.”

Organizations like Gilead, the founder of PrEP, assist with funding and help HIV-negative people in financial need receive access to PrEP in order to stay negative. If an applicant qualifies, they could receive full funding for their prescription. Whether or not they will sign up is another question. The disparity has already deeply affected our community. Time is of the essence.