Lessons Learned from the Middle of a Closed Highway

Lessons Learned from the Middle of a Closed Highway 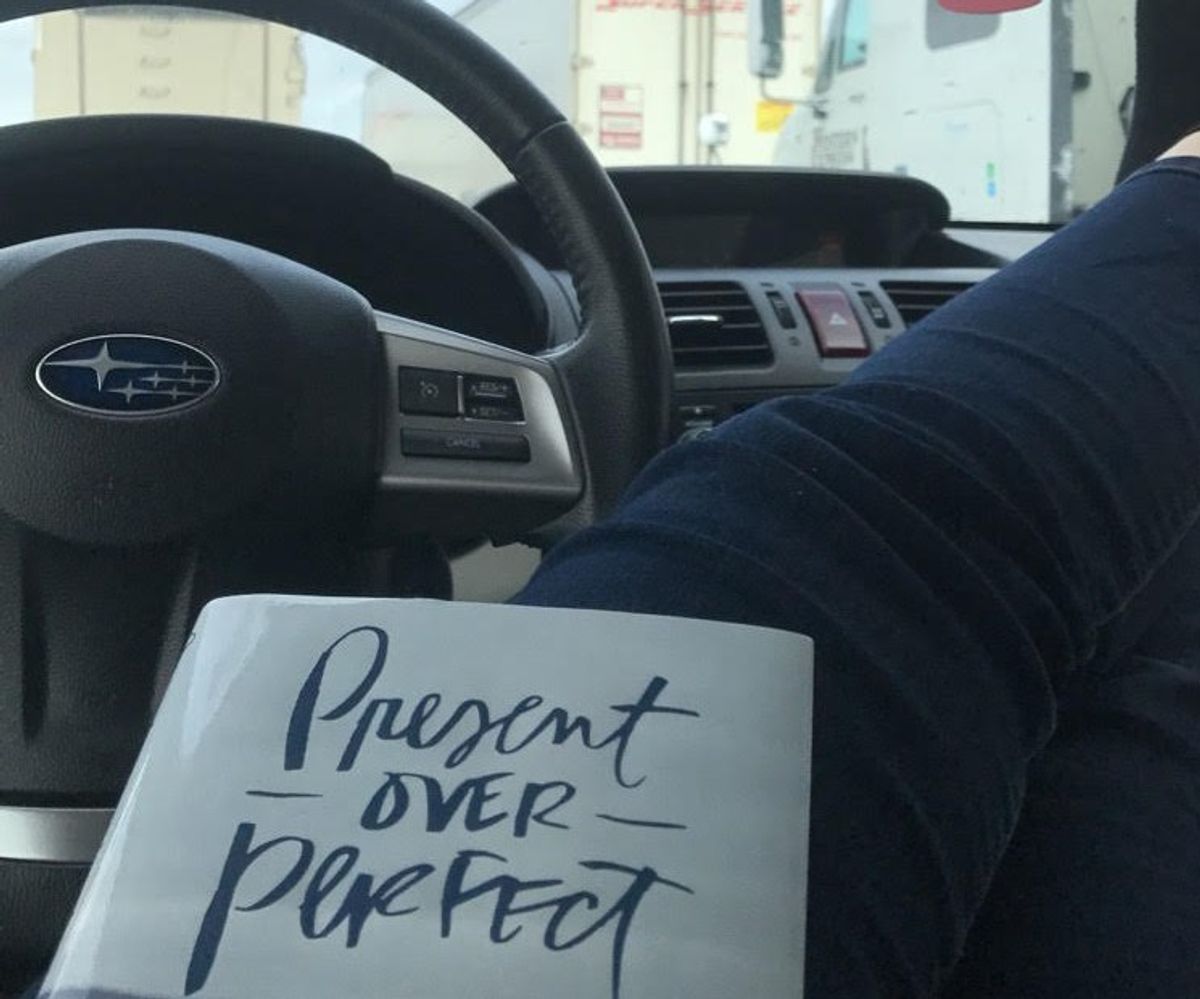 The Friday before spring break started off pretty decent. I was able to move my test up a few hours so I could leave college a little earlier and not have the stress of potentially missing my evening flight out of Newark. The test went well and by 9:55 my car was pulling off campus and headed toward NYC. Aside from the occasional little snow squall (a term I learned that day from all the warning signs on the side of the road) the first two hours of my ride had no problems. I attempted to listen to an audiobook, but I think the narrator’s mission was to put listeners to sleep so that didn’t last very long. Then, about twelve songs into Hamilton, my snowy view turned into snow and lots of brake lights. At first it didn’t seem too bad. I’m from New York, I can handle some traffic. Well, it turns out it wasn’t just traffic, but instead I was stopped several miles behind a 25 car pileup which resulted in ten miles of I-80 being completely shut down. Ten miles that I was smack dab in the middle of with no way to escape.

The next four hours of being parked by mile marker 143 included multiple phone calls, some texting, cuddling with my pillow pet and the blanket my mom insists I keep in my trunk (just in case something like this ever happened), a few varieties of music, and most importantly finishing a book I had started a week earlier. Being stuck in a parked car in the middle of a highway during a snow storm surely wouldn’t qualify as a fascinating time for many, and the stress of almost missing the flight was pretty intense, but it was in this setting that I was able to completely come to terms with the message off what I was reading.

The book I’m referencing is Present Over Perfect: Leaving Behind Frantic for a Simpler, More Soulful Way of Living by Shauna Niequist. Throughout its pages, Shauna continually urges readers to stop trying to make life be perfect, but instead to simply be present in whatever situation we are placed in. We will spend hours busying ourselves with things that don’t even need to happen all or that we have no control over because we set such high standards of perfection on all that we do, and in the process of doing so, forget about caring for ourselves and those that matter the most to us.

So at this point I had two options: to declare the day was ruined and get frustrated by the whole situation or to be present and enjoy the time of silence and having nothing to be expected of me. Thankfully, I was already more than three-quarters of the way through Present Over Perfect by this point so I chose the latter. I say this not so that I sound so wise and great because I know how to handle things, but because I know there are dozens of other areas in my life where I know I don’t choose the latter and where you can probably say the same for yourself.

All the days we wish we would just hear back from the jobs we applied to. The prayers spent just wishing we could know if and when we’re going to meet our soulmate coupled with the questioning of why we’re still single. Time spent obsessing over grades or friends or honor society acceptances or losing weight or grad school applications or whatever else it might be. All examples of times where we are consumed with knowing things and figuring things out and getting it all to fit into the life schedule we’ve mentally created. All things that we have hardly any control over, and, let’s face it, if we do have control over it, we are likely doing more than enough. All the worrying and wishing for perfection ultimately won't do anything except pull us away from other situations in which we can be present. Shauna describes it like this in her book...

Present over perfect living is real over image, connecting over comparing, meaning over mania, depth over artifice. Present over perfect living is the risky and revolutionary belief that the world God created is beautiful and valuable on its own term, and that it doesn't need to be zhuzzed up and fancy in order to be wonderful... Perfect has nothing on truly, completely, wide-eyed, open-souled present.

If that fact that I decided to write an article about this book isn’t evidence enough, it is a read that I would highly recommend. The wisdom I shared here is such a small fraction of all that Shauna dives into and shares. There is so much more that I want to share right now, but that is just me striving to reach article perfection. In reality, its spring break and I should go be present with my family instead of fussing over making this perfect.