6. Even if you're at your dream school, you're not going to like everybody you meet. 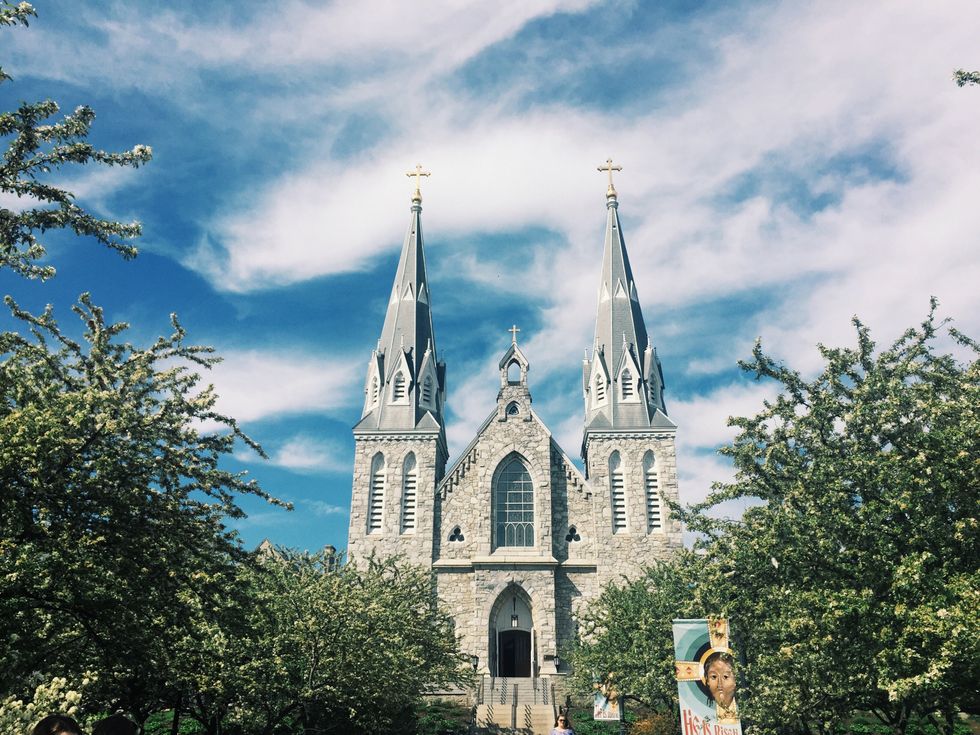 Taking an average of 5 classes of semesters means that, as a rising senior, I've spent my fair share of time inside of a classroom. Whether it was in my major, minor, or core classes, I can honestly say that I came out of each semester knowing something new, even though I may have forgotten it by now.

But, I don't think I've learned the most valuable lessons inside the classroom. Rather, being thrown into a foreign environment and living away from home for the past 3 years forced me to experience happiness, sadness, anxiety, loads of laughter, and everything in between. And it's during these moments that I've learned the most important lessons yet.

1. Not every day is going to be a good day

A lot of people, usually high school teachers, parents, or people that are simply reminiscing on their own college days like to say that college is the best 4 years of their life. This gives us the illusion that every day is going to be the best day of your life, which simply isn't true.

2. More often than not, your days won't end up like you planned

Whether it's a night out or a day cooped up in the library, don't expect your day to end like you planned. College has a weird way of throwing curveballs at you at the most unexpected times.

3. Your friend group will change!!

And that's ok!! Whether it's adding a few more people or losing those that are toxic, things work out for the best in the end.

4. Four years seems like a much longer time than it actually is

Don't take any day for granted.

It's hard to believe this at times, especially when you're at a competitive school and you're surrounded by some people who seem obsessed with their post-grad dreams. Take a deep breath, walk away and circle back when you feel more confident in yourself.

6. Even if you're at your dream school, you're not going to like everybody you meet

You'll meet your best friends, but you'll also meet people you have no patience for. Try to weed them out before it's too late.

7. Pizza is your friend and your enemy at the same time

Your metabolism isn't going to be your best friend by senior year.

8. College will teach you to be your most creative version of you

Run out of forks? You'll figure something out.

10. Facing the reality that you're a few short years away from true adulthood can be overwhelming at times...

11. But you'll face it just like every other challenge you've dealt with

12. You'll experience more change in college than any other time of your life (yet)

Changing majors? Changing friend groups? Changing home towns because your parents sold their house? Change is weird and strange, but it's better to get used to it now than later in life.

Honestly, they're probably some of the most sarcastic people on campus.

14. Learning to cook is crucial to survival (and will save you SO much money)

Mac n' cheese, cereal, and eggs can only suffice your cravings

15. Try to go to as many happy hours or dinner dates as you can

These moments will be the ones where your jokes, inside jokes and memories come from.

16. There's a fine line between pushing your limits and overstepping your boundariess

Sometimes you just find out the hard way.

17. There's also a fine line between dumb advice and words of wisdom

If you thought there would always be a clear difference, you were wrong.

18. If you don't embrace who you are in college, you'll learn to live a life being someone else

These four years define your sense of self, so don't be the version of yourself you think everyone wants you to be

19. Rejection is way more common than you thought it ever would be

Failed that test? Didn't get into that club? That guy rejected you at that party? You'll make it through it all!!

Every and any college student will relate to each other through this.

You'll meet people that are there to take those embarrassing videos of you to post on Facebook, pour you a glass of wine when you need it, and laugh until you cry or cry until you laugh.

college lessons
Report this Content
This article has not been reviewed by Odyssey HQ and solely reflects the ideas and opinions of the creator.