What I've Learned From Working At Subway

What I've Learned From Working At Subway 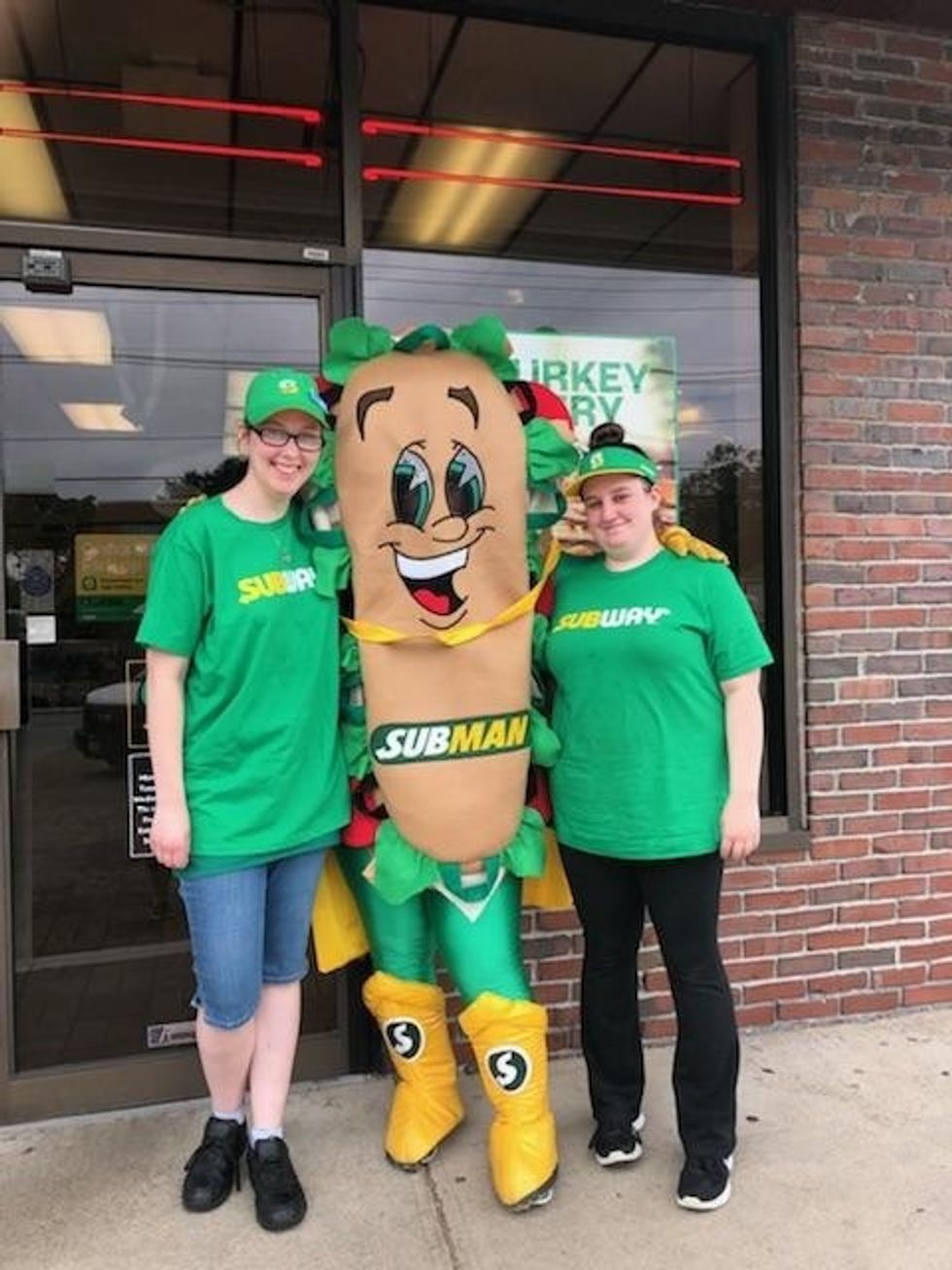 Okay, everyone has a job, right? Do you remember your first job? How did that job impact you? Did you befriend coworkers? Do you still talk to them and hang out? Did you tell them everything about you? Ask them for advice? Vent to them about something?

Most people get their first job at around 18 years old when they're in high school. During that time I was playing soccer and we either had a game or practice every day after school. Going in for the interview I was beyond nervous, I didn't really know what to expect. When it came time for my first day I was beyond nervous once again. I wasn't sure how I was going to do or what to expect from the other workers. However, I will say that I feel like it has helped me a lot.

At first, I was kind of shy, which is how I always am when I am in a new place with people I don't know. I wasn't sure if I was going to like my coworkers or if they were going to like me. It did take a while for me to open up completely.

After a while, we all got to know each other and I feel like we became friends. For me, they became my second family, okay third family. Granted we all didn't get along at first, but we did kind of have to get along because we are so small. We all see each other every day, even if we don't work with each other that day.

Thanks to getting a job at Subway, I've had to learn how to work with making sandwiches yes, but also how to interact with the customers. And by that I mean, we get a lot of different kinds of customers and we have to know how to deal with them accordingly. I have had people get mad at me for the prices changing, discontinued sandwiches, discontinued bread, coupons, and more.

I have been able to handle customers without getting upset about what they're complaining about. Which has allowed me to get a better understanding of what people who work fast food and customer service goes through. It has shown me to have patience when it comes to waiting in a long line for food. The workers are trying their best to get to you.

I've gotten more confident in my work and in my personal life as well.

My coworkers have helped me a lot in my life. I didn't drive when I first started driving, but I was starting to think about getting it and they encouraged me to go for it. They also helped me when I was scared and nervous about actually doing for the test itself. They also helped me ask my boyfriend out, they were there when I was confused about it all and told me that I should just go for it and not be scared about the outcome.

I was also able to buy a car as well as go to concerts. One of my coworkers is always getting tickets and inviting me to tag along, it's a lot of fun being able to go with her. We are always laughing and talking with each other, yes we have had days where we don't talk to each other but we end up making up at the end of the night or during out next shift together.

Working at Subway has helped me in ways I didn't know I needed help with. I've grown as a person since I started and I've made friends with my co-workers who also have helped me change.

It has allowed me to get the courage I needed to get my license and ask out the guy I like. My co-workers have become my friends that I talk to about everything and anything. If I'm frustrated an ok it something I vent to them. Being able to vent to my coworkers or just talk about something to either ask for advice or just to get it out is always helpful.

19 White Lies We Tell Ourselves In College

When You Make A Girl An Aunt, You Change Her World In All The Best Ways