Lessons From My Authors Community
Odyssey

Lessons From My Authors Community

How managing writers helped me as a writer. 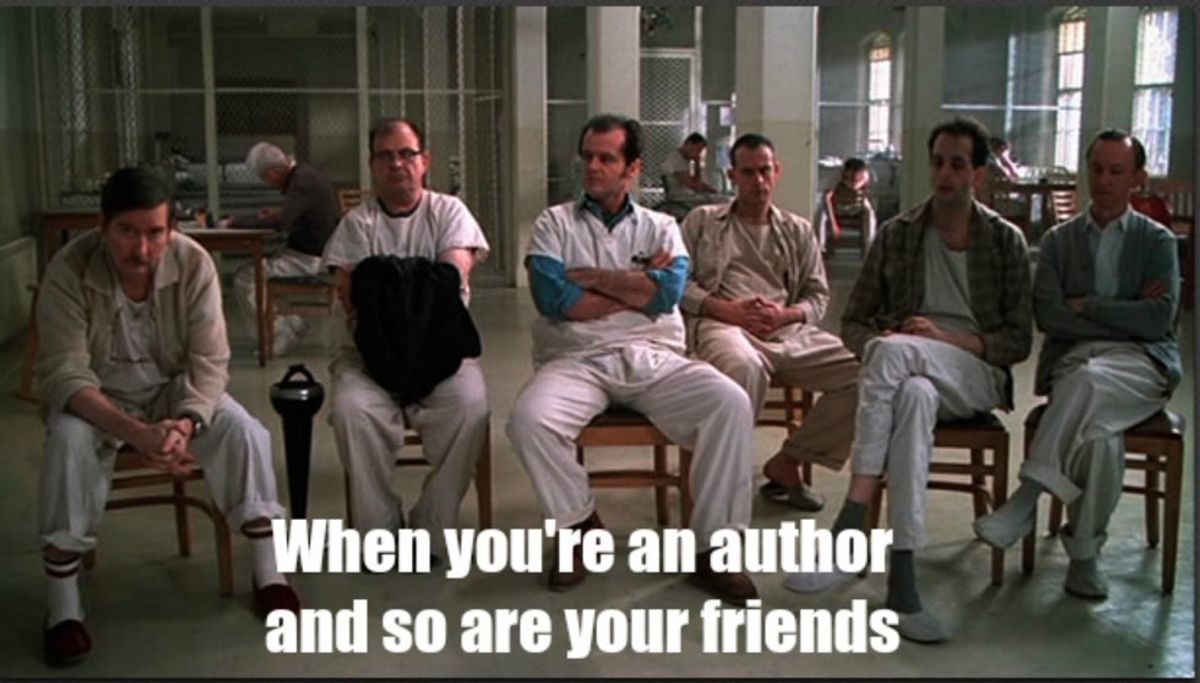 The above image is my most favorite meme about authors. I encountered it while hunting down images for a particular week of social media posts for Inkitt.com. I saved it for later, because it reminded me so very much of the community I managed at the time.

This piece has been more of a piece-in-progress for several months now, since every day in my former job was 3/4’s learning, and I had to grow with it each time I found something new. A bit of background info: in May 2015, I was invited to check out a very small, personable writing website named Inkitt. Having just started the final draft of Chimehour and wanting to build a readership for my planned indie novel, I was intrigued. My attempts at promotion with Wattpad and Goodreads had fallen flat, so I polished my first two chapters again and gave the site a shot. A very long and incredible road later, I became the community’s leader and popular reviewer, and my story hadn’t done too badly either. I assisted in the management of Inkitt’s authors (something the site had struggled with in the past)... so six months later, I had seen a lot. I experienced a lot. I spent every weekend in international conference calls that branched from Australia to Iraq. I had moderated AMAs with authors who were simply grateful for their ten followers who brought questions, or with Alan Tudyk, whose amazing, energetic personality alone drew crowds. It was a phenomenal, tireless, busy, annoying, and wonderful job in so many ways. It brings new surprises and incredible opportunities with every passing day.

Authors are just like all artists at the core: we are painters with words and sculptors of prose. But authors cannot be compared to, say, rock stars. They are a private and gentle company. They are quiet creatures who feed on late hours and passionate moods. They dwell, work, express, and share from under their quiet spaces, sharing little of themselves besides that. I am no exception to the rule, and often keep to myself as a creative type. Inkitt wasn’t my first community either, I had spent most of my early teen years lurking around Fanfiction.net, RP forums, and YouTube—to name a few. I had long been around the horse with other creative types. But it was never so obvious to me that other authors behaved the same way I did, not until I was the keeper of their corner of the Internet. We were the other to the Wattpads and FictionPresses of the net: a motley crew of authors who meant business, who loved literature. We were the foundations of a beginning; we were, for a moment, something tangibly different and beautiful. For a moment, we were writers, united in our solitude.

It was a tough job. It was early mornings for my Berlin crew and late nights for the U.S. It was presentation, prep, and a lot of pressure after I became the site’s sole American representative. Working with writers, so I learned, required a kind of bedside manner and humanity that companies can’t provide. Some days, I was organizer and hostess, always planning and presenting ideas to better my community. Some days, I felt like babysitter, keeping peace in a diverse and passionate community. Most days though, I felt like an author and equal, exchanging ideas and stories over Skype with my fellow writers, building ties for a strong community while we traded drafts. It never felt like work to expand my friendships, perhaps because it never felt like I was doing it for work anyway. I’m a big believer in finding one’s tribe; the people who are as passionate about something as you. I found that in Inkitt’s community, and we made for excellent company. My job became as personal as it was professional, and there was nothing quite like it. A realness ebbed through conversations and in every big project. It was incredible when you could reach out to so many people, from so many places, and make something work. It was the Internet’s magic at its finest.

I had to part ways with Inkitt not long ago, due to differences and school schedules. I have returned to my usual author business and hung up my manager badge for the moment, but its lessons and adventures promise to stay for a long time to come. There was something valuable and eye-opening to taking on such a challenging role, and I am wholly grateful for what it’s instilled in me since. I am equally as grateful for its community. I hope many of my companions have since stayed in contact, those connections outlasting the site and growing well past it. Perhaps we can form our own writing community some day. I can only be encouraged after the past year of experience, and hopeful for all the possibilities that have opened up since.