Lessons From My Band Director
Odyssey

Lessons From My Band Director

Thanks for teaching me so much more than the love of music. 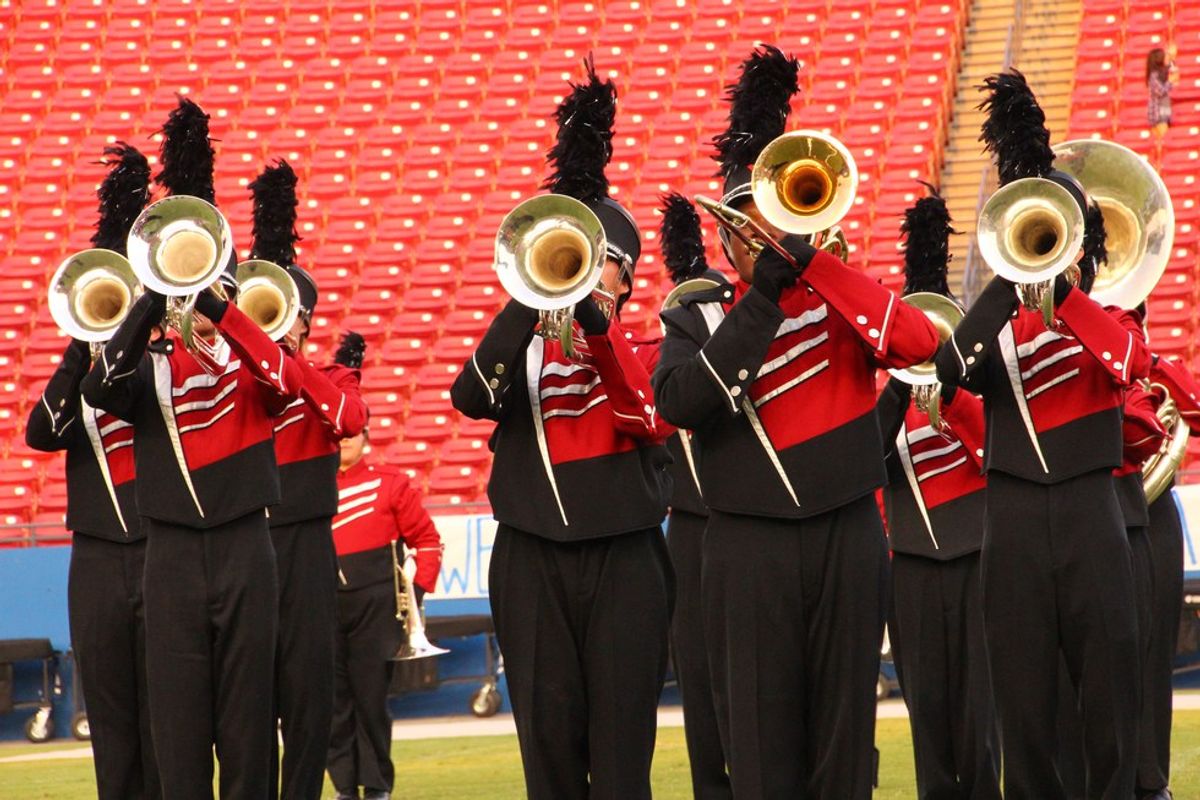 We all have mentors, people who change our lives and guide us as we become better versions of ourselves. Mine just happened to be my high school band director, Jon Wright. In 2007, my high school got a new director. Everyone was fairly skeptical, because his predecessor left a major legacy. Needless to say, we had pretty low expectations. However, on his first day at band camp, he got to know us by giving us nicknames. You know how they make pictures and videos featuring “expectations vs. reality” in social situations? This was me:

Expectation: AWESOME! I’ve never had a nickname, before!

It was that day I decided I hated Jon Wright.

Class rehearsals didn’t help his case. He had ridiculous rules. If we were chatty in class, he would simply kick us out. He was famous for the phrase, “I don’t waste your time. Don’t waste mine.” One summer day, we worked in 90+ degree weather with (I kid you not) thirty-second water breaks because we didn’t work hard enough the day before. And here’s the kicker: we weren’t allowed to turn around and talk to each other in the stands at football games. We always had to face the players and keep the talking to a minimum, because we were “there to support the team, not chit chat with our girlfriends.” I’ll tell you one thing, you learn football really quickly when you don’t have a choice in the matter.

DISCLAIMER: This was in reference to a French horn. He also taught us what it meant to represent something more than yourself. Jon Wright taught me that when you put on a uniform that has someone else’s brand on it, you represent that entire group of people, and that representation better be something you can be proud of.

Speaking of pride, he used to have this saying. When you call the band to attention, the drum major claps a few times to a cadence, then the entire band shouts this spine-shivering word: pride. At the end of our roughest practices, Jon always asked us, “Is pride something you have, or just something you say at attention?” When he asked that question, you knew you were part of something truly special. No matter what point he was trying to make, it always rang so loudly in your head. One particularly gabby week, Jon came to class and refused to speak, even as he conducted his way through exercises and coached us through competition music, fixing our mistakes with the oddest nonverbal cues. When the bell rang, he simply stated, “If I can do my job without talking, I know you can,” and took his dramatic exit. That day, Jon Wright taught me that sometimes the best work is achieved through silence.

One year, I was the only girl to make the majorette line, but he didn’t let me twirl alone. It was for the better. Not only did I become a better leader through serving as color guard captain, but I learned that there is no such thing as a one-man show.

In the summer of 2011, we lost one of our own. It was a devastating blow to our band family, and to honor his parents, we played “Amazing Grace” and the Alma Mater at his graveside service. As the rain poured down on us, in what I can only describe as the most cinematic memory I have, I vividly remember looking up to Jon Wright, my Band-Big-Brother at this point, trying his hardest not to break down and cry. Death doesn’t really have a moral or justification, but if there’s one thing JW taught me, it was strength—strength in numbers, and in the ability to carry the burden of 80 people on your back.

I ran for band president prior to my senior year, just knowing that we were about to have the best year of our lives. Not only were we officially the best band in the county, but we had the greatest mentor anybody could ask for. See, Jon could have cared less how much you knew about music at the end of the day. His sole focus was building us up to become the best, strongest, brightest human beings we could be. Unfortunately, my plans fell through. That summer, Jon called me up to give me the news that he was leaving Vinemont High. He was moving home to be with his grandmother in her last days, and to grow with his family. This was a private meeting with few people, because he knew he had left things exactly how he needed to at the funeral in June. His last words to the Vinemont Band were, “I love you all, so much.”

That was the day I learned the meaning of sacrifice.

You know how they say, “If you love something, let it go. If it returns, it’s yours to keep?” However atrociously corny that may be, in Jon Wright’s case, it held true. When I moved off to college, I got to work with Jon again, and I still see him from time to time. While he’s not my everyday mentor anymore, he did leave me with the strongest memory and lesson I ever learned in high school. There is something particularly magical that happens every time you take the field and shout the word that eventually defines your character: pride.