My parents are worried about how I will fare without them, but I worry about how they will cope without me. 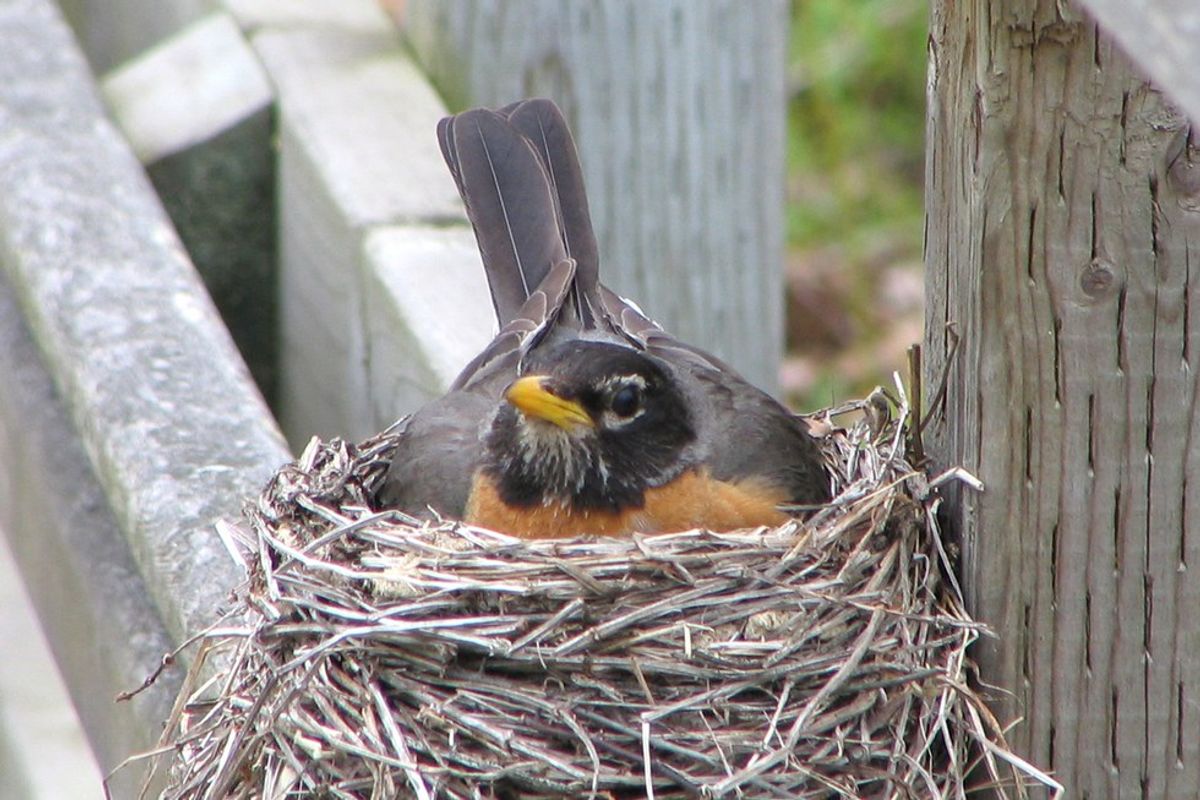 As a younger sibling that is headed to college in six weeks, having to leave my parents is weighing heavily on my mind. My sister just recently graduated college, and I look back now on her freshmen year. When she first moved into her dorm and left the house, I don't think my parents really knew what emotions to expect. Everything felt a little weird: going out to eat and having to say three instead of four, only setting three places at the table and readjusting schedules and typical seating arrangements. We, as a family, had grown so accustomed to being a unit of four that it took some time to recalibrate. But, of course, my mom and dad still had me. I was still there to live in the house, to drive around, to watch out for, to guide and advise and fuss over on a 24/7 basis. And I think a part of me, subconsciously, felt the need to double the girly, teenage drama to fill that void in my parents' life. I certainly wasn't going to let them miss out on all that excitement. Of course, my sister was still close enough to come home for holidays, birthdays and such, so I don't think my parents ever really felt the full blunt force of their child leaving. They weren't true empty-nesters yet.

But now, here I am, on the cusp of leaving home. My sister moved out very quickly after her graduation and is settled into her new job, apartment, and lifestyle as an independent 20-something in the real world. So the house will truly be empty, vacant of children. I see my mother silently counting down the days, crossing them off on her calendar even, until I move in. Now, call me egotistical, but I don't think it's because she's waiting to turn my room into her own personal yoga studio (if you're reading this, Mom, it's not big enough anyway. Where would you burn the incense?). Naturally, I'm worried about them. My parents are about to send off their baby, the last bird is leaving the nest and, while I, too, will be coming home often and welcome their visits to my school, there are a solid eight months, give or take a few weeks, that I won't be home to watch after them. Yes, my parents do an awful lot of taking care of me, but I do my fair share of keeping them on the right track, too. Who would help them work their iPad, or remind them that we already have three bunches of bananas and two loaves of bread at home (and no, Dad, you don't need to buy any more)? Who would help my mom navigate while driving or remind my dad not to try that "funny" joke on the waiter?

My parents have never been exceptionally social, nor have they acquired any impressive multitude of friends. In fact, most of the other adults they talk to are my friends' parents, except for a few college pals. They really don't get out much and I worry that with me gone, they'll become shut-ins. Call me crazy, but I have seen how much my mom plays online solitaire and how often my dad plays war games on his laptop. It's not promising, folks. I can't leave them alone for a long weekend without my mom claiming my dad is driving her crazy. When I leave, I hope they'll find a new groove, one where they go out often and revert back to that exciting, newlywed, pre-children behavior. I want them to go on adventures and have fun (but not too much) and not sulk that their daughters are gone. I won't be out of college for another five years, and I don't particularly desire to live at home for long after that. I hope they can learn to love being empty-nesters and being independent again. I think my parents need me just as much as I need them and I know this transition is going to be difficult on all of us. Luckily, we live in the 21st century and even though I won't physically be there, we always have cyberspace to close the distance. That is, if my mom can ever figure out how to use Facetime without me.

Kassie Hsu
Baylor University
2880
Panda Whale
Here are 100 things I'd rather to than study. I know the semester just started, but
Featured