How I Learned To Embrace My Jewish Faith
Odyssey

How I Learned To Embrace My Jewish Faith

A story for when you feel like the only kid in town without a Christmas tree. 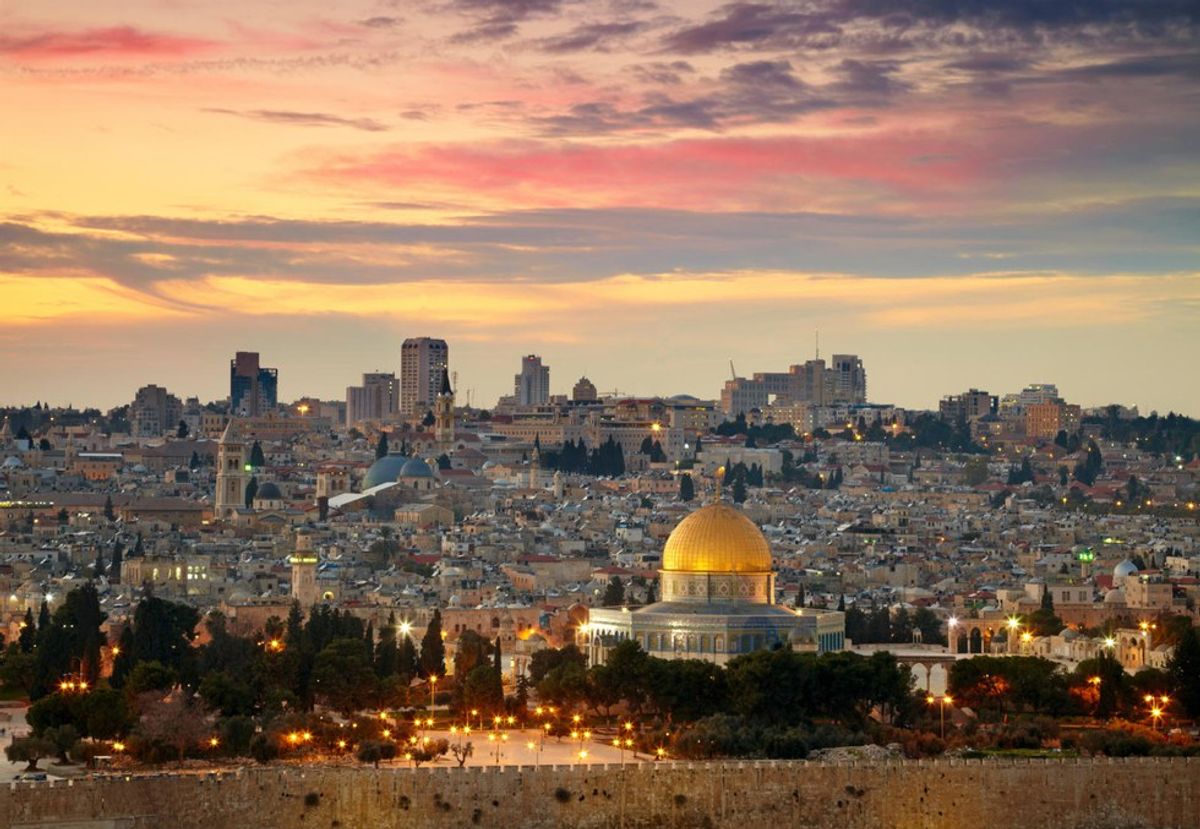 As we all know, the holiday season basically starts on the morning after Halloween ends. Within the next couple weeks your local CVS will resemble the North Pole, every other channel on your television will be broadcasting Elf, and your crazy neighbors down the street will have 20 different Santa Claus blow up decorations adorning their front lawn.

With all that Christmas cheer lurking just around the corner, I can’t help but to be reminded just how jealous I used to be of the people who got to share in it.

Growing up one of the very few Jewish people in my elementary school, the Holiday season was always everybody else’s; but it was never mine. I understood that I was Jewish, and that that was why I didn’t have a tree in my living room or lights on my roof, but it made me no less envious of those who did. I remember begging my parents to put lights up on our house or to let me take pictures with the Mall Santa, but to no avail. Those Novembers and Decembers in my young childhood were when I first began to feel out of place. Those were the moments where the fact that I was Jewish first made me feel like I had something to be ashamed of.

In middle school, things got even worse. I remember being on the bus in 6th or 7th grade when I heard a couple boys asking if anybody celebrated Hanukkah. Excited that somebody was finally interested in my holiday, I told them that I did. For the next half hour, I sat in miserable silence as they verbally abused me, saying things like, “you belong in the oven” and “we’re going to send you to Germany for the holidays.” I don’t think I fully understood what all of this meant at the time, but I knew enough to be completely mortified and devastated. I began to feel the need to hide this part of my identity even more, so that I might never have to feel that way again.

In high school, I continued to be treated differently for being Jewish. I didn’t experience the same sort of blatant bullying that I did in the years before, but I began to notice a systematic ignorance about Judaism. I remember when we begun to learn about The Holocaust, nobody else knew anything about what it meant to be Jewish or what talking about this part of history was like for me. People would ask me tons of random and sometimes wildly insensitive questions, thinking that they were innocent, but unknowingly driving me further into my shell. All of my experiences up to this point, functioning as a Jewish person in largely non-Jewish public space, led me to feel completely disconnected with my culture, and I was okay with that because I felt that it was just better that way.

College completely changed my relationship with my Jewish identity in ways I cannot even being to describe, but I will do my best to. First of all, within my first year, I began to accept things about myself that I had so much trouble accepting up until that point. I began to surround myself with people and things that made me feel good about myself and my identity, the Jewish part and the other parts alike. I joined a sorority that had been founded by Jewish people, and in doing so, found friends that I could talk to and relate to. Perhaps the most important part of my journey was going on Birthright.

If you don’t know what Birthright is, it’s a free, 10-day trip to Israel available for any Jewish person that wishes to go. I decided to go because, well because who wouldn’t take the opportunity to go on a free vacation? Little did I know how much it would change my relationship with my Jewish identity, and ultimately, my life. Learning about myself and about my Jewish ancestors on the very land they worked so hard for and loved so deeply was an extremely emotional experience for me. Learning about the Jewish struggle, and the beauty and life that has emerged from it despite all odds made me proud to be Jewish. For the first time in my entire life, I felt like there was somewhere I belonged. All of the shame, confusion, and feelings of displacement dissipated the moment I stepped foot on that land and realized that I, as a Jew, had a place in this world, and those feelings have never returned since.

I stand here today, with my identity on my sleeve, (and a Star of David tattooed on my back) to say that I am proud to be Jewish. I embrace being Jewish. All those years that I didn’t understand the beauty of being Jewish are a distant memory. The holiday season doesn’t ignite envy in me anymore; I appreciate it, of course, but it no longer angers me that my house in December is the only dark one on my block. All I need are the eight little lights in my window, and those are enough for me.