What I Learned as the Child of a Military Member

What I Learned as the Child of a Military Member

The things my father's profession taught me. 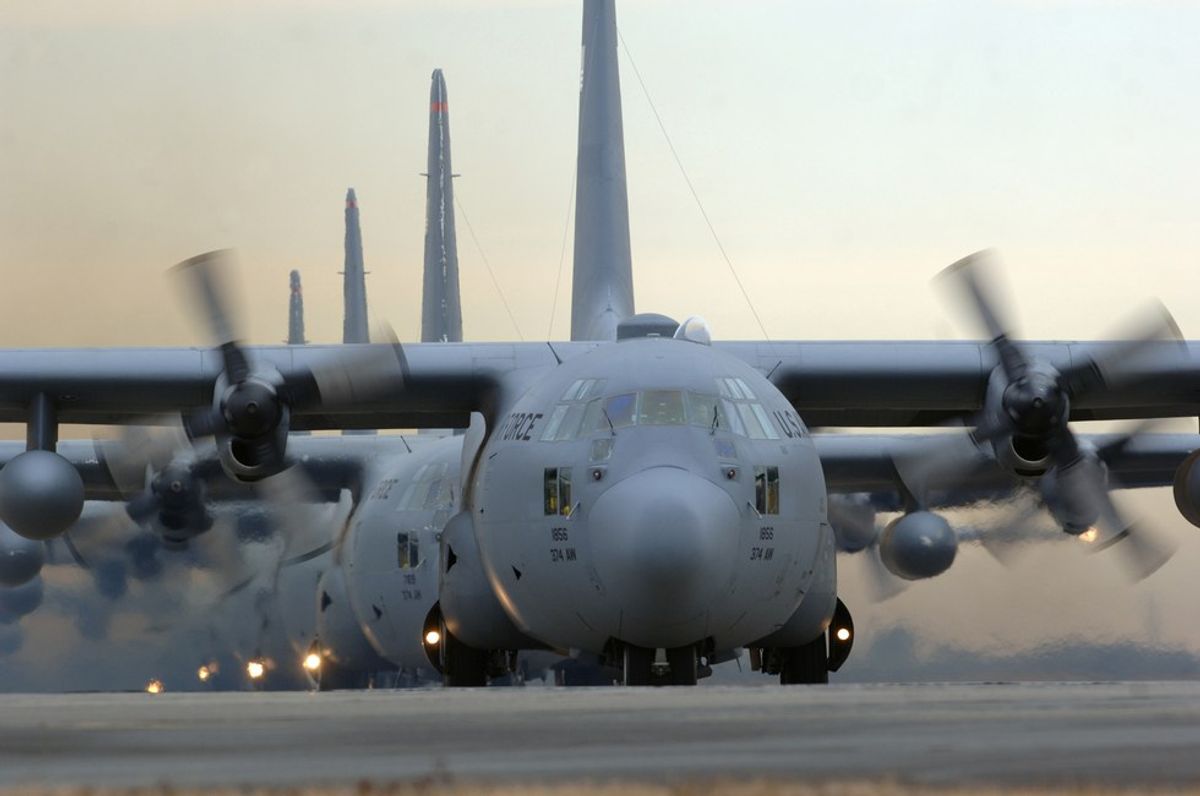 I remember being woken up, the bright light of the hallway splitting through the darkness of my bedroom. I don't remember the time, but it was so early that the sun had not yet risen. I was hugged tightly, and that distinct smell of his green uniform enveloped me, just as it did when he hugged me at the end of a work day. But this morning was different. As he stepped out and closed the door, the darkness shoved the ray of light back into the hall. I was alone. Since I, a second-grader, didn't have to be at school for several more hours, I laid back down to sleep. My pillow quickly moistened with the tears of a boy who would not hug his father again for months.

My father has been a member of the United States Air Force for my entire life. He has traveled to dozens of locations, both foreign and domestic. Some of my earliest memories include watching test drops at his base, running around a hangar full of planes, and standing with the rest of my family on the runway, waiting for my father to return from a long trip. In fact, it was not uncommon for him to be away for days, even weeks, at a time. Just as these early memories became a part of my life, the lessons I learned as an airman's son became a part of who I am today.

When I say that my father was gone for extended periods of time, remember how long time seemed to crawl during childhood. Months seemed to last a lifetime (mainly because they were a considerable portion of my life up to that point). But this was compounded with the fact that neither of us were glad to be separated. While I acknowledge that I was fortunate to having a loving father who wanted to be in my life, sometimes he couldn't be there. I knew it hurt him to miss concerts or baseball games, and I honestly couldn't have cared less about having him there, but it would sometimes hurt for me just because I knew he genuinely cared and wanted to be there for me. It was then that I understood that it truly is the thought that counts, because that was all he could give at times, and it was all I needed.

There were several occasions that his base would host events for the families of deployed airmen. Husbands, wives, and children shared their experiences, and in their sorrow at their loved ones' absence. We may have been sad, but no one was upset. Somehow, we were at peace with the situation. In that company, we realized that there were purposes greater than any one person. I had learned that giving up my dad sometimes meant that he could help protect the country and help others.

We seem to have the perception that the government is composed of emotionless drones that go about life without regard for anything but their job. While this may hold true for some levels, my father was certainly an exception. He seemed to care about everything. He got elected to the school board, he took pictures for musicals my sister and I were in, and he took me to every scout meeting he could manage. Because of his position on the school board, he was even able to hand me my diploma at graduation. My dad was in the military, but he was my dad first. And surely that was the case for countless other people employed by the government, such as police officers, mayors, and senators. This taught me that I could, to a large degree, trust in the government of my country.

Being the child of someone in the Armed Forces exposes you to things that you would never otherwise understand at a young age. As I slowly begin adulthood, I can recognize and appreciate the sacrifices more than ever. My father has always been there for me, not always physically, but as much as I need him to be. These experiences have even shown that he is within me, too, and that he will be with me, even on the other side of the globe. He loves me, and has shown me to love my country as much as he does. He would never admit it, but he is a hero, and I am proud to be his son.