Lea DeLaria: You Do You, Boo

Lea DeLaria: You Do You, Boo

Lea DeLaria, perhaps better known for her character "Big Boo" on Orange Is The New Black, is one bad b*tch. 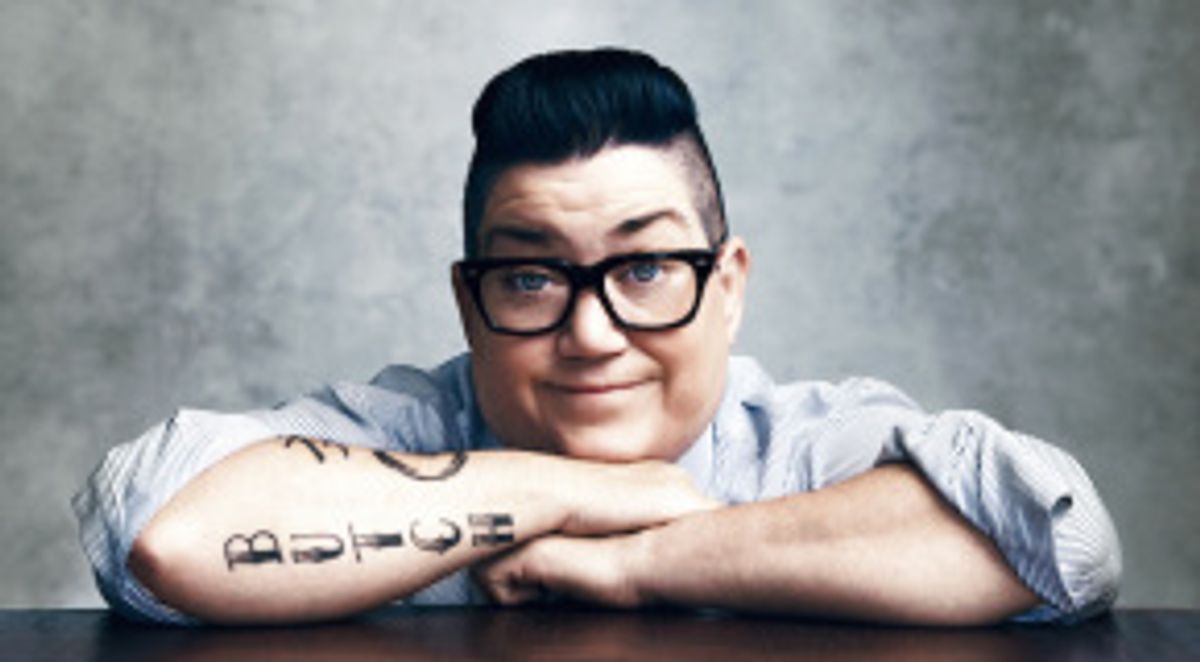 Last week, Lea DeLaria came to Chapman as this year's fall speaker. Her lecture was hilarious, but also inspirational in many ways. Among her stories, sprinkled with profanity and inappropriate jokes, she made some incredibly valid points on the topics of feminism, success, and being an advocate for gay rights.

One of the first things that she talked about was feminism, and how "spending hours trying to find ways to spell "woman" without "man" is a great use of your time as a feminist." She also cracked some other fantastic jokes, sadly most of which are too profane to publish. However when talking about her girlfriend, she brought up that she hates the word "girlfriend", but doesn't know what else to call someone. "Partner? No, I'm not a lawfirm... Significant other? No, I don't have the time!" So instead, she refers to her "girlfriend" as her "travel companion."

After talking briefly about her background, she told an anecdote about her masculine appearance, being asked to leave the woman's dressing room. Typically, DeLaria said that in this situation, once she explains that she is indeed a woman, people are usually embarrassed, and respond apologetically. "I get called "sir" on a daily basis... The worst is at the gynecologist." DeLaria joked. But on this particular occasion, the woman insisted that DeLaria looked like a man, and continued to pester her. The woman bothered DeLaria to the point that the whole dressing room full of women took it upon themselves to defend her.

However this has never particularly bothered DeLaria. She is so comfortable with herself and her appearance that she actually has the word "BUTCH" tattoo'ed across her forearm. She also has a tattoo on her calf of "Lea's Ruin", and a large design on her right arm. Another smaller tattoo is on her neck, with two of the greek symbols for woman interlocked. "It means I'm a lesbian," she says with a laugh, "in case you're missing something." In case you were wondering, yes, all of her tattoos are real.

Also very real are DeLaria's dedication to her cause (gay rights), and to simply being herself. While showing off her jazz vocals, she held up signs with things she doesn't like. "I'll be glad when you're dead, you rascal you..." she sang as she ripped things like "DOMA" and "PROP 8" into shreds. To keep with her comedy roots, she also tore up things like "pineapple on pizza" and "naming your kid North West."

DeLaria also provided advice for a younger generation, and those setting out to do their own thing. First off, "No f*cks given. Live your life, be who you are" was her advice to stop caring what others think, and to just do what makes you happy. As a comedian and actress, she told us that "be funny, make money" is her inner monologue. It's truly that simple. "Stick to what you love. Commit to it, or get really good at waiting tables or bar tending. That was it for me, my only other option was prostitution."

At the end of her lecture, a question was asked about feminist role models and both women's/gay rights. "I love Lena Dunham." DeLaria responded, saying that she thinks Dunham is an incredible role model, who creates a show like "Girls" that really relates and speaks to a younger generation of women. When asked how she felt about being a role model herself, her first reaction was laughter. She does not think of herself as a role model, because she doesn't do any of it for the recognition, simply because she is just busy doing her own thing. "If I am a role model, then the queer community is in a lot of trouble. But really, being at the forefront feels fantastic, and exciting, and happy."

DeLaria herself and her role as Big Boo on OITNB are both women empowering other women, and encouraging them to be themselves, and stand up for what they believe in. One thing is for sure, DeLaria is not going anywhere, and will never let anyone get in her way of being her fantastic, inspiring, butch self. You do you, Boo.