Reaching out to inform and save... 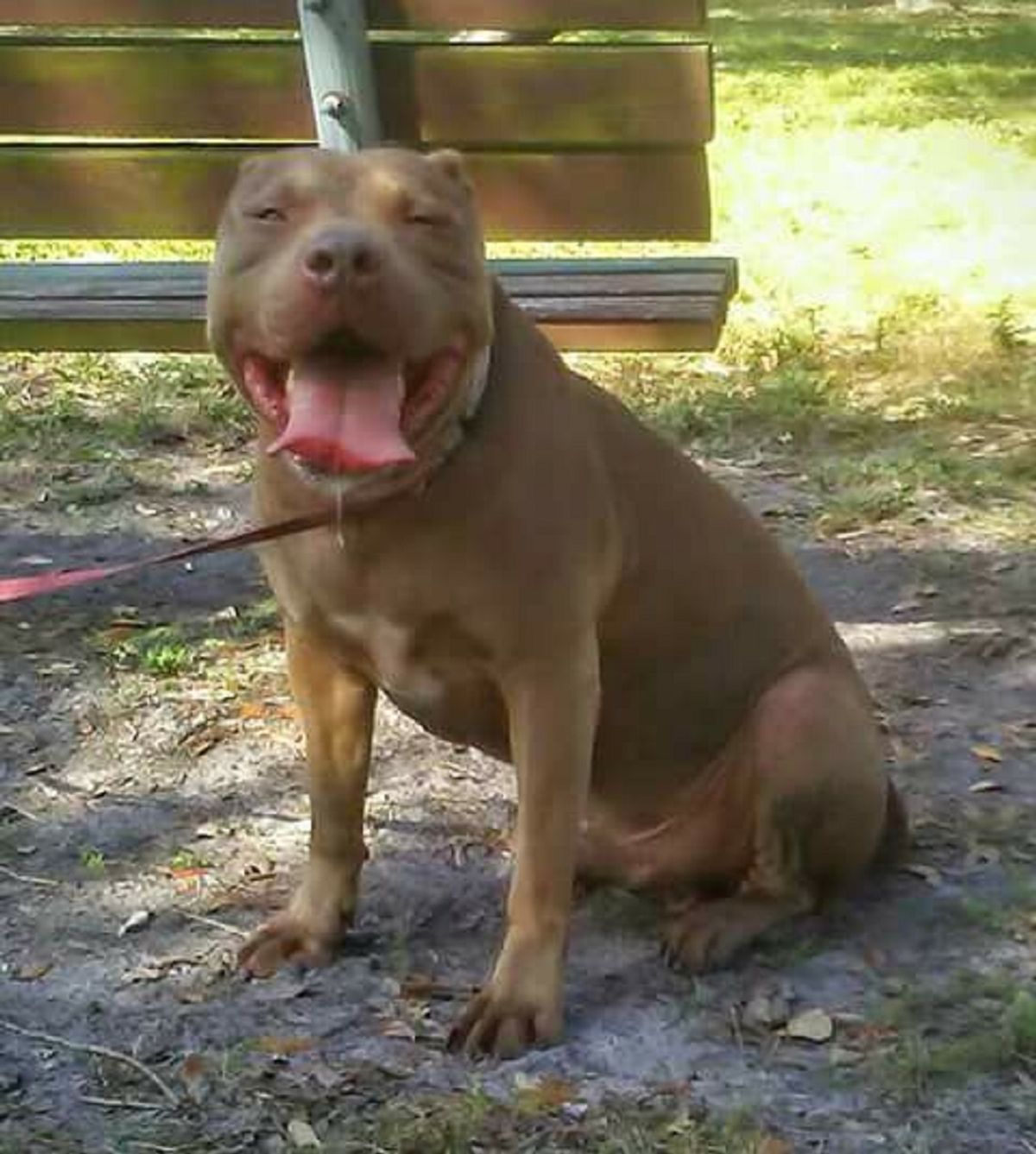 Due to the widespread misinformation surrounding Pit Bulls, most regard them as vicious chainsaws on four legs who will kill you and eat your other pets and kids just because something ticked them off.

The following Ten Facts about Pit Bulls go a long way towards answering the questions about them.

2. Pit Bulls are used in Search and Rescue work.

3. Pit Bulls serve as narcotic and bomb sniffing dogs. One Pit Bull, Popsicle (named that because he was found in an old freezer) has the largest recorded single drug find in Texas history.

4. Pit Bulls are great with kids. They weren't referred to as the "nanny's dog" for nothing that's for sure.

5. Pit Bulls are not human aggressive. The American Pit Bull Terrier as a breed loves humans.

6.Pit Bulls are best friends with all types of animals with proper socializing.

7. The Pit Bull was so popular in the early 1900's they were our mascot not only in World War One but World War Two as well. They were featured on recruiting and propaganda posters during this time period.

8. Pete the Pup on the original Little Rascals was a Pit Bull.

9. Pit Bulls score an 83.4% passing rate with the American Temperament Test Society. That's better than the popular Border Collie (a breed who scores 79.6%).

During Hurricane Irma which swept through Florida, it was the Pit Bulls themselves that were abandoned by their owners. All too often, it is the animals themselves who are tossed aside in the event of any type of natural or manmade disaster.

This is not just with Pit Bulls but animals in general. The first order of business is to make sure the animals are well acquainted with all family members. When an animal is confronted with what they deem to be bad circumstances, they can become frightened or 'spooked' just like horses and other livestock; they need to recognize those who will come for them.

With all of the above being true, Pit Bulls are excellent for home defense and will most assuredly be there to help rescue and assist family members. The real question is will the family members be there for them? It quickly became evident that the misunderstanding and disinformation focused on the Pit Bull came as a direct result of owner mishandling and many other negative factors.

"Lazarus Edge Pit Bull Posse was originally founded to showcase the true nature of animals commonly referred to as Pit Bulls. One of the many reasons Lazarus Edge DOES NOT attack train Pit Bulls is because when shown CONSISTENT love, loyalty, guidance, and direction it in their nature and certainly within their ability to defend their family and their home. Once it is established for them who feeds and takes care of them, Pit Bulls are fiercely loyal and protective of those people.

After adopting and successfully implementing an all-inclusive sixty-day training program, the negative impact of neglect, abandonment, abuse and finally betrayal upon the initial group of Pit Bulls exposed the immediate need for a full-time specific rescue operation. One which focused on animals commonly referred to as Pit Bulls.

Lazarus Edge Pit Bull Rescue works with families with a view towards developing new and healthy relationships with their Pit Bulls through consistent training, guidance, direction and a better understanding of the needs shared by both the animals and the humans they gladly share their lives with.

Unfortunately, it sometimes becomes necessary to extract one or more Pit Bulls from a location when it becomes clear there is no interest on the part of the owner(s) in developing a positive relationship with the animals or there exists intentional aggression, neglect, and abuse which will lead to an unhealthy and dangerous situation for both animals and humans.

As owner and founder of Lazarus Edge, he has successfully worked with over three hundred Pit Bulls. Since the development of their sixty-day training program, there has been not a single surrender or serious incident reported. Also, they look forward to a tremendous new program which will include Ms. Lauren Contino (founder of Save the Animals Save the World) and Ms. (founder of Dofoogies Central Pet Care)."