How the last great pantheon were four average kids 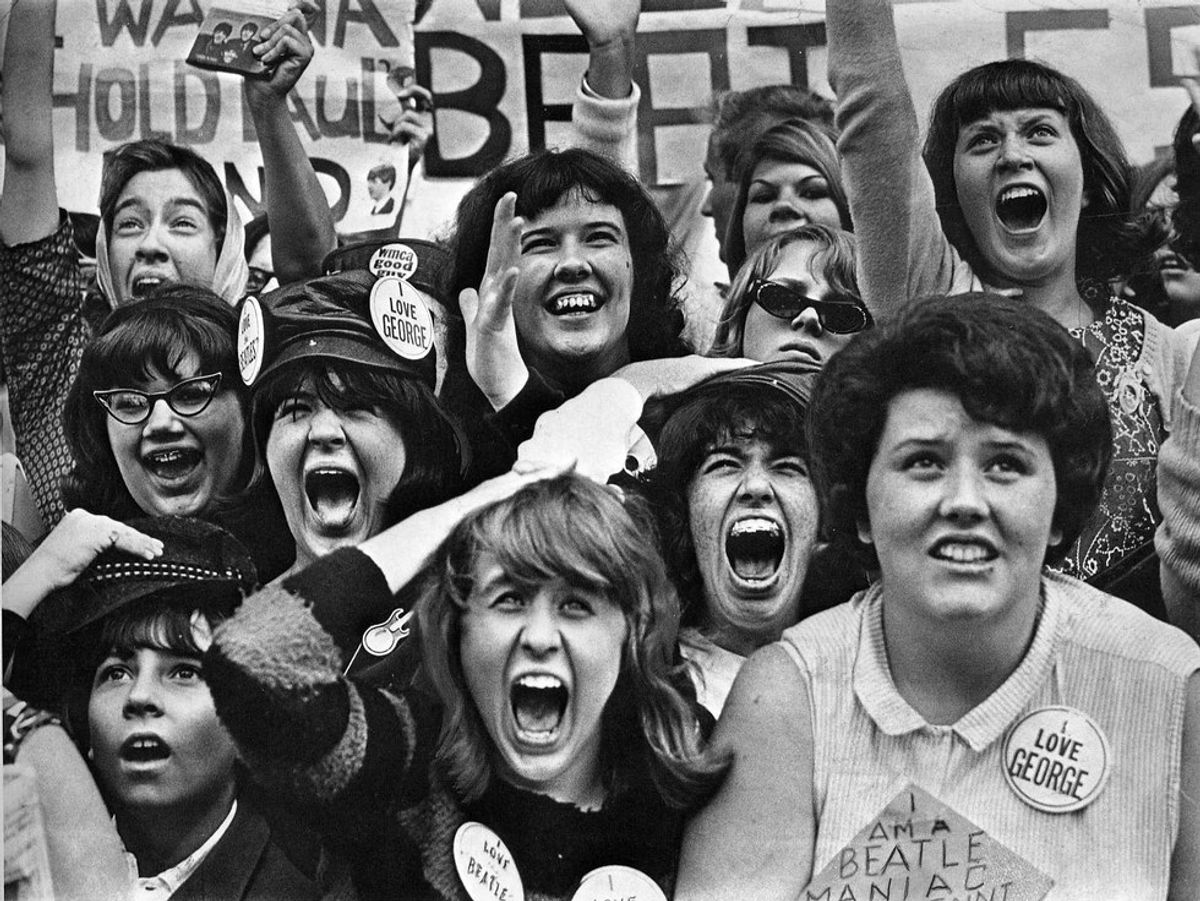 I went to see the Beatles documentary, "Eight Days a Week" not too long ago in a crowd of Baby Boomers and Millenials, all laughing at the antics of three Liverpudlian musicians. In the midst of it all, watching their goofball ways in 1962 fade to exhaustion by 1966, I was struck by the sheer enormity of their power. They held their audiences captive. I looked over at my roommate in the darkened theater as we heard of particularly eager fans trying to break down fences to be near their gods. Then it hit me. In 1963, during their American tour, the eldest Beatles, Ringo and John, were my age.

They were my age and filled with the zeal and devil-may-care attitude that my friends and I possess. I imagined suddenly if I and my three best suddenly were thrust into this god-hood. How we would be eager at first... and then the dread would kick in. For the first time, I saw the Beatles as the Beatles saw themselves: as just four best friends.

They just happened to be the most famous best friends in the world. And that made them gods.

It is the looming cloud of hairspray dusting the pulsating throng, that stinging sweetness of Aqua Net and pheromones, that seemed to saturate the air, as if incense in an alabaster jar, that space of humming ecstasy. Each hand—all twenty fingers, the webbing between, the bones beneath, the sinew and tendons, muscle to bone, muscle to dermis, the yet-to-be-knobby joints, the synovial fluid sacks—trembles. Some press against the soft dappled cheeks, cheeks yet to be molded into their sharp womanly form, half child still. Still, others rise in worship. Still all trembling.

The gods live. They live here. Here in the flooded tears ducts where they will soon break the levees, where they will part the seas as easily as they would part the legs behind the balcony wall. At least their virginal congregation would happily part with the heavenly mandates of chastity for the slightest taste of a forbidden idea.

Their eyes, welling and frenzied, gaze with fettered attention, with outstretched joy, hoping to clasp the hem of the holy garments. Or better yet, the starched collars. A collar to be held gingerly, then to be ripped violently, the to be tossed across a hotel room, then to be left crumpled in the corner forgotten as heart gallop in tandem, as a four-in-hand, across the peaks and valleys until there is nothing left but the haze of sweat and forgotten collars. Everyone has imagined that moment in her meditation time.

They press in closer to the balcony wall, to venture into the holy of holies. The plywood bends and against their stomachs, carving pits and knots into the cavity, where nervous energy roosts. Again, as in days of old, no woman, no peasant, none without the purest of hearts may enter. All hearts know they are unworthy, and yet are purifying. Daily. Records turned blurry from overplay is purification. Devouring fan club newsletters is purification. Committing the sacred texts to recitation is purification. Purging and forsaking all others. Binging and gorging on the gods’ words. The prayerful babble in tongues, make utterances, laugh at themselves, and then shriek and shriek and shriek. Their voices drown the gods' voices. Pressing and bending the plywood, chattle-like, heaving as one body with one spirit in the darkness of the theatre. It was gods they had desired and gods could see. This fanaticism. This quiet churning and boiling beneath the flesh below their hips. This hallowed ground. They are all too young for it.

And maybe when these women grew old, as they have now, they place this memory in a small moth-plagued trunk in some dusty attic called “Loss.” They sweep it into the corner where dust bunnies roam free; it is this act that turned the moment black and white. Abashed, they misremember their own fervor, how they were slain in rapturous, orgasmic delight. They lost their religion when the pantheon shattered and the diaspora. Or they lost their religion before that, when they discovered new gods, stronger god and brought them the burnt offerings. Or they lost their religion before that, when some said the Judeo-Christian God would smite the gods for their cheeky insolence. That supernova spectacular burning on its own flames for ages to come; it was the Last Great Awakening: Beatlemania.