Kylie Jenner Was Smart For Keeping Her Pregnancy Journey Private

Kylie Jenner Was Smart For Keeping Her Pregnancy Journey Private

Because Kylie Jenner’s pregnancy is absolutely NONE of our business. 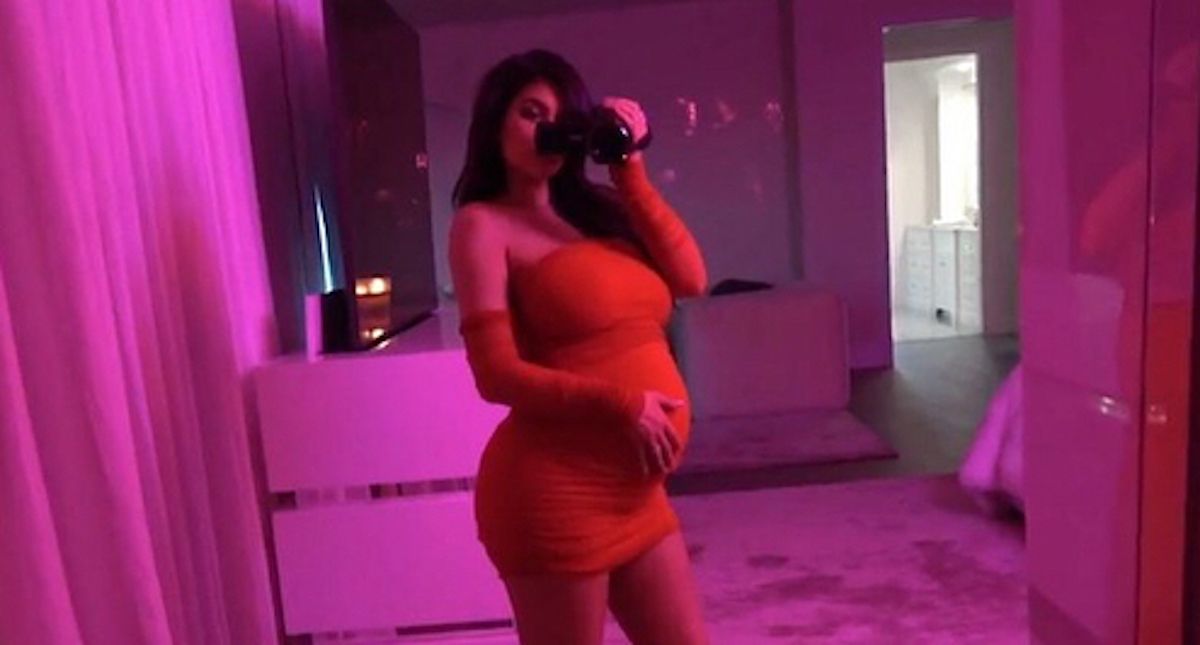 Yes, everyone, the “rumors” about Kylie Jenner’s pregnancy turned out to be true. In fact, the 20-year-old youngest Kardashian-Jenner sibling, Kylie Jenner and rapper boyfriend Travis Scott, have officially welcomed their baby girl on February 1st, 2018. Ever since the media first announced the news of Kylie’s suspected pregnancy back in September 2017, fans have been wondering why Kylie wouldn’t confirm or deny the news.

Even her sister Khloé Kardashian confirmed her own pregnancy as well and is expecting her own bundle of joy in a few months after Kylie. Now that we know that Kylie was pregnant all this time and the baby is finally born, everyone is wondering why Kylie disappeared from the social scene for months. In my opinion, I believe Kylie Jenner and her PR team were smart for keeping her pregnancy private.

It was no secret that Kylie was pregnant. Kylie is known for taking full-body pictures and posting her life on Snapchat. However, just because Kylie was pregnant, that didn’t mean that she had to share her life with the whole world. When you are a celebrity, that comes with a lot of stress and attention. Being a pregnant celebrity makes it even harder. I am sure Kylie is under stress 24/7 and paparazzi follows her left and right. She’s part of the most famous family in the world, the Kardashian-Jenner clan. Of course, Kylie is going to be stressed out knowing that paparazzi are following her every move, especially when pregnant.

Everyone knows that being stressed out while pregnant is unhealthy and will affect the baby’s health. If you actually were in Kylie’s position, it would have been impossible for Kylie to be able to have a smooth pregnancy if everyone knows her business. I am also sure that the moment someone finds out that they are pregnant, they will want to share every moment with the world. But that is their choice. Others may want to keep their life private, because why does it concern you?

Just because Kylie is a celebrity, doesn’t mean that we are obligated to see her journey. Kylie gets a lot of love as well as hate from critics or haters. I am sure Kylie doesn't want people saying negative things about her pregnancy. Actually, NO ONE does. People on social media complain that celebrities are over-sharing their business and claim that some things should be kept private. But then, in Kylie’s case, the same people are getting upset because she chose to keep her pregnancy private. Kylie has no idea that half of us even exist, so why is it our business.

Kylie was smart for keeping her journey private because it allows her to enjoy her pregnancy without people judging everything she does. Also, it was a good PR strategy because her Kylie Cosmetics sales increased. Kylie would post photos of her new products and pop-up shops here and there, still not confirming her pregnancy. This made fans be more interested in buying her products because she was always at the top of the headlines. Even when posting, fans would still ask her to confirm the so-called rumors. But then again, it is none of our business. Yes, Kylie is a celebrity, but she is a person just like us “fans” and “haters.” That doesn’t mean that we are entitled to see whatever she does.

On February 4th, just few days after Kylie and Travis welcomed their baby girl, Kylie finally confirmed the birth through an Instagram statement, and posted a YouTube video, “To Our Daughter,” for fans to see her journey for the past 9 months. (Quick Sidebar: even if you aren't a Kardashian-Jenner fan, the video was beautiful and well-put together, how can you not watch and feel like you aren't going to shed a tear.)

Congratulations to Kylie, Travis, and the entire Kardashian family! I am sure we are all excited to see Kylie’s snap-back and her returning to social media!