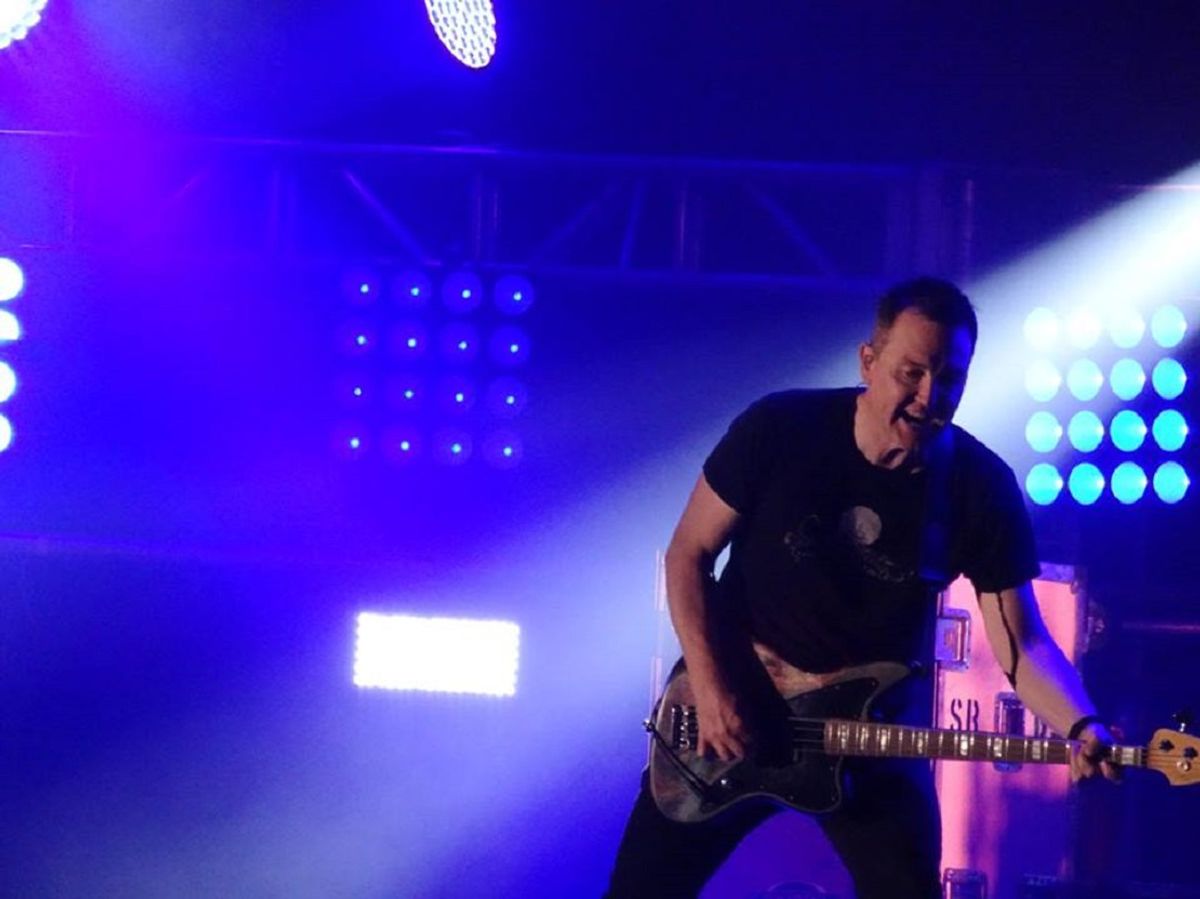 After 26 years of hosting the Weenie Roast, a one-day music festival which took place at the StubHub Center in Carlson, California on May 12th, the alternative rock radio station KROQ pretty much knows how to nail the event.

While every minute of the 15 band festival was a hit and every band killed their set, there were definitely some performances that stood out from the crowd.


One of the biggest mistakes anyone can make at a music festival is writing off the opening acts and if anyone proved that point last weekend, it was British alternative rock band Nothing But Thieves. As one of the first bands of the day, they set the mood for one hell of a rock show with radio favorites "Trip Switch" and "Particles." Backed by charming songs, killer riffs, and powerful vocals that bewilderingly came from a small man in dungarees, Nothing But Thieves could easily find themselves a deserving spot on the main stage in the future.

Chester Would be Proud

In Mike Shinoda's first solo performance since the tragic loss of Linkin Park's Chester Bennington, emotions were running high. While the set included songs from his upcoming album "Post Traumatic," there was room enough to tackle "the hardest part of the show." As a special tribute to Bennington, Shinoda took to the piano to play a slow-down version of "In the End"- the way, he said, the song was originally intended to be played. The crowd was encouraged to sing along to Bennington's parts. As the song came to a close, he left the crowd with the question "And you guys are going to keep making Chester proud, right?" before transitioning into Fort Minor's "Where'd You Go?" There wasn't a single dry eye in attendance after that, but it felt necessary and cathartic for both Shinoda and long-time fans to finally share the moment of grieving together.

Bishop Briggs is unstoppable. After taking over the radio and releasing a new album "Church of Scars," the 25-year-old is so adorably humble and a force to be reckoned with- even if she can't hear it herself. Starting off the set with technical difficulties didn't stop her from jumping around every square inch of the stage, delivering a bad ass performance of songs like "River" and "Wild Horses" until she was out of breath. The performance was also a personal milestone for Briggs, as she told hosts Kevin Ryder and Allie Mackay in an interview earlier that day "The KROQ Weenie Roast was the first festival I ever played two years ago. I want to to make clear I only had like three songs out, so it would take someone… a little bit crazy… but someone to believe in me." Now into 2018, she's a main stage artist with nowhere to go but up.


At this point, it's not even fair how fantastic Rise Against, Thirty Seconds to Mars, Panic! At The Disco, and Blink-182 are. All four bands are seasoned vets of the genre and punk rock deities so it's no wonder that when it came time to take the stage, they downright stole it.

Rise Against, Weenie Roast regulars, brought raw punk rock to the festival. In a breakout moment, the band brought our Aaron Bruno of AWOLNATION to perform a political and powerful cover of straight-edge influence Minor Threat's "In My Eye." The band also played a packed set list of headbanging anthems like "Prayer of the Refugee," "Savior," and "The Violence" that left the crowd with sore necks and hoarse voices.

Last minute addition Thirty Seconds to Mars turned the stage into a dance floor as Leto invited handfuls of fans onto the stage to "shake their hips" and "be so embarrassing they don't want to go back to work." Between new songs from "America" and classic hits, the band showered the audience with balloons and confetti. It was clear that Thirty Seconds to Mars jumped into the festival to have fun and let loose, and they succeeded.

Panic! At The Disco, unsurprisingly, can do no wrong. Brendon Urie is always energetic, personable, sharp, upbeat, theatrical, and able to nail Bohemian Rhapsody. For the entirety of their hour-long set, the band captured the audience's attention and wowed with over a decade of hits from 2018's "Say Amen (Saturday Night)" to 2005's "I Write Sins Not Tragedies."

At this point in their 22-year-old career, Blink-182 knows how to put on a rock show. Closing out the night, the crappy pop-punk band mostly appeased the crowd with favorites from late ’90s and early ’00s while mixing in songs off their newest album "California" here and there. A Blink show has turned into so much more than just a show though. The band brings a unique communal quality to their concerts that only an icon like Blink could, getting all 27,000 people to sing together to the likes of "What's My Age Again?"