These Korean dramas will each take 16 hours to get through, so it's not hard to binge one in a day! 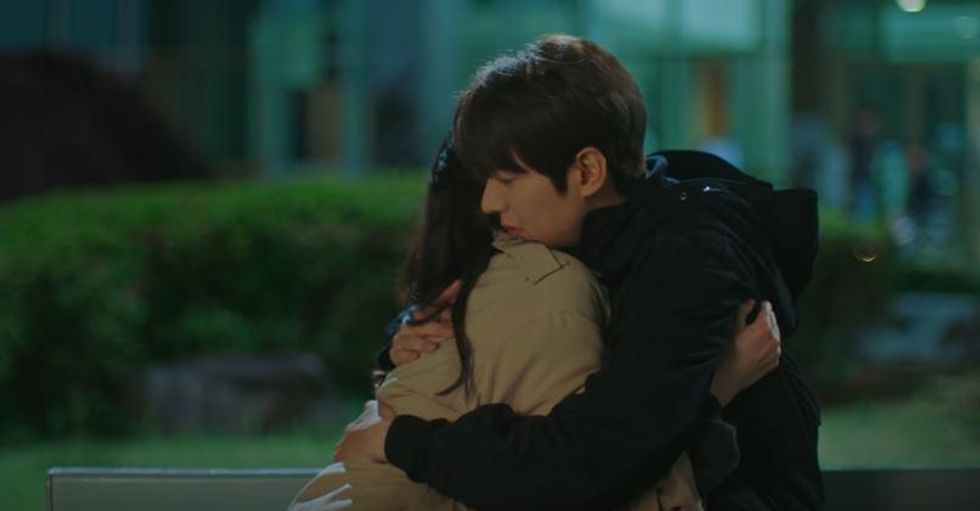 Who doesn't love a star-crossed lovers story? "Crash Landing On You" is a story about Yoon Se-ri, an heiress of her family's company in South Korea, and how she accidentally ends up in North Korea by paragliding into a tornado. When she crashes, she meets Ri Jeong Hyeok, a North Korean army officer, who ends up hiding her with the help of his men in hopes that they can sneak her back into South Korea.

First off, I'm a fan of the children's books and illustrations that were created for this show, and I just might have to buy one! This drama is about the unusual relationship between Moon Gang-tae, a psychiatric ward caretaker, and Ko Mun-yeong, an author of children's books who also has an antisocial personality disorder. Together, they navigate their own emotions on a journey of healing. What I enjoy most is this show actually explores the different mental health issues they touch base on.

3. "Cleaning With Passion For Now"

Oh look, another great romantic-comedy-drama! Jang Sun Gyeol is the owner of a cleaning company and has germaphobia, and so when he meets his new employee Gil Oh Sol, the opposite of tidy and clean, he is forced to face his fears head-on and maybe even fall in love.

Still romance, but this time, it's a fantasy drama (there's also comedy but that's beside the point). After surviving the attack orchestrated by his uncle, Lee Gon is to take his place on the throne of the Kingdom of Corea at only 8 years old after the death of the King (his father). Lee Gon was only able to survive with the help of an unidentifiable stranger, in which his only clue to finding out who it was was a police officer badge of a woman named Jeong Tae-eul. When these two cross paths, thanks to the existence of parallel universes, Lee Gon and Jeong Tae-eul grow close to one another although they are worlds apart.

And back to the romance and comedy genre with Sung Deok Mi. She is devoted to her job as an art gallery curator, but secretly, she is also a devoted fangirl of Cha Si-an, who's a member of a k-pop group called White Ocean. She runs her own fansite and loves everything to do with Cha Si-an, so when Ryan Gold becomes the new art gallery director and finds out that he has her fan journal, Sung Deok Mi tries to hide her private life.

Kim Dan is an angel of Heaven, and he has a mission to help Lee Yeon Seo, an heiress and former ballerina, find love. These two leading characters are entirely opposite, though. Kim Dan is optimistic and fun-loving while Lee Yeon Seo is arrogant and cold. She cannot afford to trust anyone after her parents' sudden death, and so when their personalities clash, Kim Dan has to find a way to complete his mission in order to get back into Heaven.

As a writer and book lover, this drama made me so happy and also convinced me that one of my jobs could be a book publisher and/or marketer. Cha Eun-Ho is a famous writer and the youngest chief editor at his publishing company, and when he meets his old friend - Kang Dan-i - at his company's interviewing sessions, he wants to know why. Kang Dan-i used to be a popular copywriter but then she had decided to become a stay at home mom. Now divorced and with no money or recent experience in marketing, she has to start her career journey all over from scratch and begin her new life, maybe even with Cha Eun-Ho.

Lee Young Joon is the vice president of his family company called Yoomyung Group and is a total narcissist (you'll see that clearly in the first episode). So when his secretary of 9 years, Kim Mi So, quits, he thinks her actual reason is that she likes him when in actuality she just wanted to live her own life. Attempting to keep her as his secretary, they begin to grow closer, and eventually, past secrets will unveil.

This drama shows that you don't need to have a romance to make a good story. Park Hae Young is a criminal profiler who discovers a walkie-talkie that allows him to talk with Detective Lee Jae Han...who's in 1989. Together they help one another solve cold cases of the past and present and find that their lives may already be linked.

As much as I love my romantic comedies, action scenes and plotlines are much more eventful! Kim Je Ha is a former soldier who served in Iraq, but when he is accused of killing his girlfriend there, he has to go on the run and become a fugitive. Back in Korea, he is offered a job to be a bodyguard for the owner of a top-notch security company, Choi Yoo Jin, and his wife, Jang Se Joon. With his new job, Kim Je Ha is able to enact his revenge plan on Park Kwan Soo, the ruler of a political party who is also responsible for his girlfriend's death.