A Critical Analysis Of "Killings" By Andre Dubus
Odyssey

A Critical Analysis Of "Killings" By Andre Dubus

A Critical Analysis of "Killings" by Andre DubusLove can take on many different forms and bear a variety of emotions. 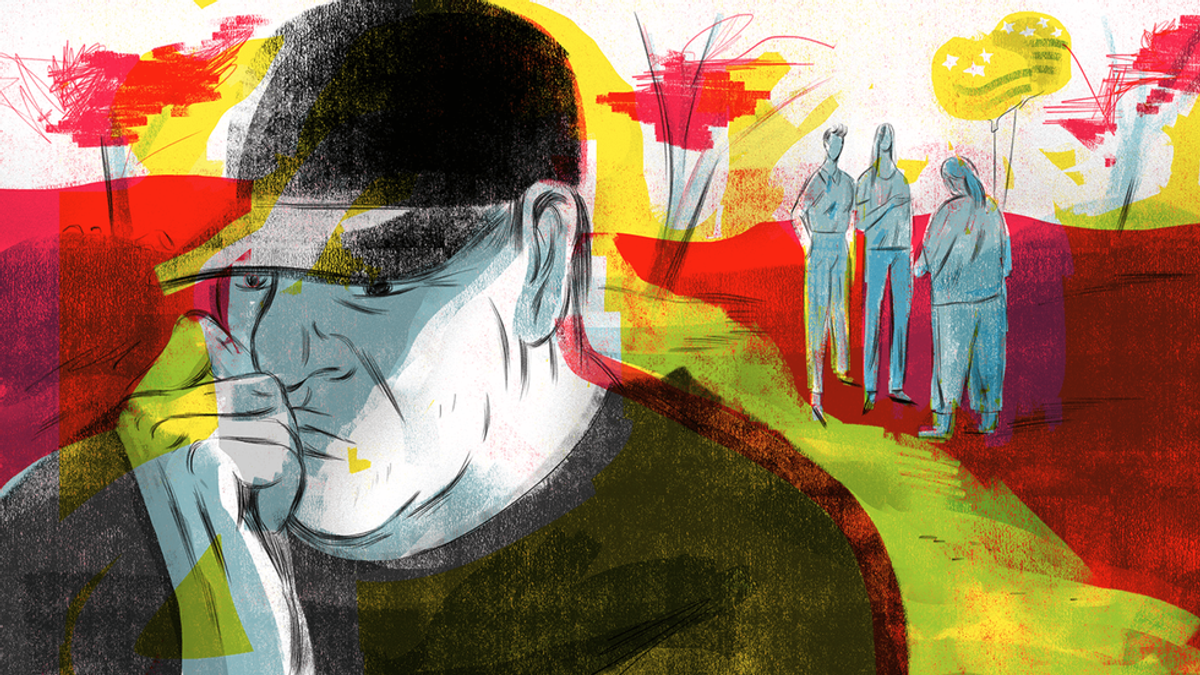 Love can take on many different forms and bear a variety of emotions.

The love for a child or the love of a spouse can make a person act in ways that can surpass their own understanding, and this was the case for Matt and Ruth Fowler. They had to endure the pain of burying their 21-year-old son, Frank, after being murdered by a man who was able to walk the streets with little to no remorse for the sin he had just committed.

Matt Fowler realized the law was no longer on their side and decided to take matters into his own hands. In Andre Dubus’ “Killings,” the author uses the very complex character with the representation of Matt Fowler and the internal struggle to illuminate the human ability to kill in emotional revenge even in the most unlikely of characters.

Matt is a grieving father that didn’t know how to exactly express it. At the opening of the story we are set at the funeral of Frank Fowler, and Frank’s older brother Steve talks to his dad saying “I should kill him… He bit his lower lip, wiped his eyes, then said it again. Ruth’s arm, linked with Matt’s tightened; he looked at her. Beneath her eyes there was swelling from the three days she had suffered,” (Dubus, 80). Instead of correcting his son and telling him to not curse his enemies, Matt stayed silent.

He observed his family and witnessed their suffering. He simply observed. It is like this until we are given dialogue from the character, and the first material we note of him saying is “He walks the goddamn streets,” (Dubus, 80). From here we see a man that is not emotionless and simply observing his surroundings, but a man that is hurt and angry inside. He didn’t simply say, “He walks the streets,” but instead by adding the word “goddamn” we the readers are taken into the story and become the character himself.

The reader now gets this sense of anger towards Strout, who has gotten away with murder. Matt is angry, but he still has a sense of morality lingering within him. As he continues to think about the pain his family is still in and seeing how his wife is scared to go out anymore because she doesn’t want to run into the murderer, he gets angrier. As he keeps talking about it to his friend, the more he loses his morals. Just when we believe Matt to be this wholesome man with family values, we find out he has a “.38 I’ve had for years, I take to the store now...where he did something to me.Where I could get away with it,” (Dubus, 81). Matt is now considering having the man dead, but he is still holding onto the edge of his morality by telling us that he doesn’t want to murder a man unless it was self-defense. We continue to feel this gradual descent into darkness and sorrow along with the character he mourns over his son.

It is unimaginable, the pain of losing a child. This pain that Matt tried to bury because he was afraid of where his mind was leading him. The horrible thoughts he had for Strout. “...he lost Frank in a way no father expected to lose his son, and he felt that all the fears he had borne while they were growing up, and all the grief he had been afraid of, had backed up like a huge wave and struck him on the beach and swept him out to sea… everyday in his soul he shot Richard Strout in the face,” (Dubus, 85). He tried to hide these emotions because he has always been the “fearful father.” He always worried about them when they went out ever since they were children and imagined if he was to come home and they were not there. “...usually that relief was his only acknowledgment of his fear, which he never spoke of, and which he controlled within his heart,” (Dubus, 84). These fears are now overwhelming him and the readers began to feel this sense of hopelessness along with Matt.

He didn’t know what else to do, but to carry out his emotions. “...a Saturday night in September, sitting in the car with Willis, parked beside Strout’s car, waiting for the bar to close, that he had not so much moved through his life was wandered through it, his spirits like a dazed body bumping into furniture and corners,” (Dubus, 84). He concocts a plan to kidnap Strout, and he may say that he is ensuring Strout jumps bail but we can sense Matt had no attention of letting him go alive.

The first clue is when he says, “...when Strout came around it alone Matt got out the car, giving up the hope he had kept all night (and for the past week) that Strout would come out with friends and Willis would simply drive away,” (Dubus, 85). Matt’s consciousness wanted him to not kill, not to do something he would regret so he was seeking an excuse to not follow through with the plan, but when Strout came out alone he knew he had to see what he started to the end. On the drive to and from Strout’s home, with Matt holding Strout at gunpoint, Matt begins to regret lying to Strout. “Matt’s body sagged, going limb with his spirit and its new and false bond with Strout, the hope his lie had given Strout… he wondered now if his lie would have worked if sending Strout away would have been enough,” (Dubus, 89). Matt had no attention in sending Strout away alive. Every time he started regretting the decision he had set in motion he would be reminded how Strout did not care about Frank or his family. More and more his morals tried to stay afloat, but it drowned the minute Matt said he would exact his revenge.

When Matt and Strout drive to an abandoned lot, Strout tries to convince Matt that what he was doing was pointless. “‘I’ll do twenty years, Mr. Fowler; at least. I’ll be forty-six years old.’ ‘That’s nine years younger than I am,’ Matt said and got out and took off the glove and kicked the door shut,” (Dubus, 90). When Strout knew he was not going to get through to Matt’s morality he tries to make a run for it. Matt shoots his legs so Strout would fall, “...all his history, isolated him standing absolutely still on the dirt road with the gun in his hand, looking down at Richard Strout squirming on his belly, kicking one leg behind him, pushing himself forward the woods. Then Matt went to him and shot him once in the back of the head,” (Dubus, 90).

Matt Fowler, a family man who had at a point could not think of killing another human being committed a murder to avenge his son. He lost his sense of morality and let the overwhelming feeling of anger and sorrow control his thoughts and actions. Once he realized what he did his emotions overwhelmed him giving “a sob that he kept silent in his heart,” (Dubus, 92). He regained his sense of moral, but it was too late. He committed a horrendous sin and has become just as despicable as Strout.