Two Women Obsessed with Each Other, on Both Sides of the Law 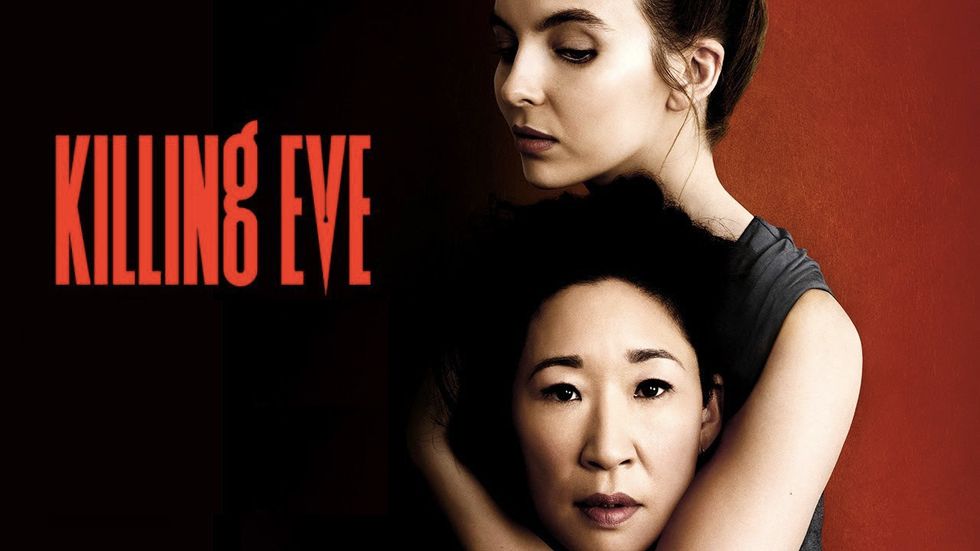 Killing Eve is an original series on BBC America, the entire first season consists of eight episodes, most of which are around 43 mins long and can be watched on demand or at the BBC America website. The title alone should let you know that violence is a regular element in the show. Though violence is present throughout the series it is not to a gratuitous degree, indeed the show doesn't rely on excessive amounts of violence or sexual situations in order to shock viewers. It does so with the intensity captured with it. That said, there are intimate displays of intense violence that may upset viewers. Should you have a problem with that, I suggest not watching this show.

The show follows Eve Polastri, an assistant in the management department of MI5. Her department is set to protect a witness to an incredible assassination to which there is next to no evidence. Much to the dismay of her higher-ups, she continues to investigate the case, despite it not being her job. She continues to form a profile on the mysterious assassin, gathering that she must be a young woman who speaks several languages and very intelligent. Of course, we also follow the assassin in question; who goes by the name Villanelle. Through both their jobs they become aware of each other, except Villanelle isn't interested in stopping Eve's investigation; instead, she makes it more into a game of cat and mouse. With the resources of the organization that trained her and her various skills, Villanelle is able to learn more about Eve than the MI5 employee knows about her.

This obsession they both have will spiral out of their control and start affecting their personal and professional lives. Dragging them into a chaotic quagmire that only the covert world of espionage can bring. Both have plans and goals for the other, but is it what they really want?

This show delivers on all accounts, from the wonderful acting from the talented Sandra Oh (playing the determined Eve Polastri) and Jodie Comer (portraying the wicked Villanelle), to gorgeous cinematography, well written side and minor characters (each with a life of their own) and exemplary settings that really capture the feel of where they are.

There's a sort of humor that runs throughout the show, though I wouldn't classify it as macabre per se, it certainly borders on it. Each scene and indeed each episode demand the next one due to well-paced writing. With every action one of the titular women take, there is the pull to see how it affects or will affect the other. As I said earlier, the show doesn't have a gratuitous nature. It's able to convey the intensity of either its violence or sexually charged moments without going overboard.

The show works around pandering to the male gaze, avoiding pitfalls like having unnecessary nudity or unprompted sex scenes like a number of adult shows tend to do. The show displays them (while I'm mainly talking about Eve and Villanelle this does apply to the other women in the show) not as sex objects or props, but rather as...women. Without sacrificing femininity they are both shown as powerful, intelligent and determined women; something a lot of shows sometimes fall short of.

After watching one episode I was hooked and needed to know what happens next. If you're looking for your next suspense kick, then look no further than Killing Eve! It might just be your new obsession. Hope you enjoy it!