There's a lot of rules, and even field hockey players don't understand all of them. 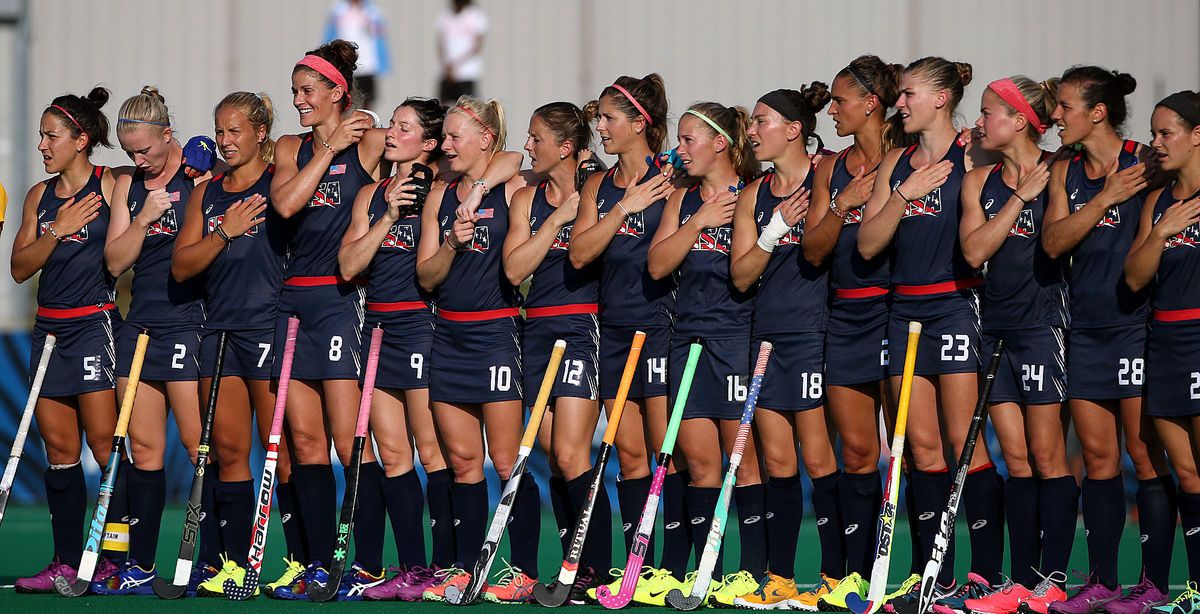 1. Yes, there is only one flat side of the stick

Unlike in ice hockey, in field hockey there is only one legal side of the stick to use. The other side is rounded, meaning to dribble on your left side, you need to physically turn your stick.

2. No, there are no lefty sticks

Everyone's a righty in field hockey. There are some people who choose to play dominantly on their reverse side, but don't even get me started on them.

If you've ever heard someone talk about field hockey, they've probably mentioned "the circle." This refers to the semi-circle on either end of the field.

4. You can only score from inside the circle

A goal is only legal if it is shot or touched by another stick within the circle. This is a good rule to know; you don't want to be that person asking everyone around you why a goal didn't count after being the only one who celebrated.

5. There are a LOT of whistles

A LOT. I know I have a hard time getting people to watch field hockey with me because they get fed up by the constant stream of fouls. There are a multitude of different things these whistles could mean from third party to obstruction but to get down to it, it's a very small ball that moves very fast, and it's not allowed to touch your feet; you do the math.

Whenever there is a foul against the defensive team inside the circle (mentioned earlier), there is a corner in which there are 4 defenders and the goalie in the goal and 6 offenders from the other team spread around the circle, and they basically try to score while the defense runs at them full force.

I don't like it; most Fhockers don't, but it's an age old tradition that apparently won't be going away anytime soon. I just thank god we have moved on from kilts.

8. There are no off-sides

A lot of soccer fans get confused while watching field hockey when a offender receives a long pass from someone halfway down the field, and they're standing behind the defense. Yup, there are no off-sides in field hockey, so the goalie better start praying to whatever they have faith in when this happens.

Nope, that's not the Michelin Man wearing a colorful top holding a field hockey stick. There's an actual human being under there. They wear a LOT of padding, but wouldn't you if you constantly had small hard plastic balls flying at you at lightning speed?

These aren't very common but are basically the equivalent to a PK in soccer. They happen when someone on the opposing team stops a ball from going in the goal with a part of their body OR the goalie lays on top of the ball for an extended period of time.

Field Hockey players are some of the toughest people you will ever meet. They take constant beatings from balls, sticks, and other athletes alike. They are often known for not adapting to the dramatics seen in some others sports. They fight through anything to help their team.

Emma Hyatt
3663
The Truth About My Parents' Divorce