Why You Should Attend The Kentucky State Fair
Odyssey
CurrentlySwoonLifestyleHealth & WellnessStudent LifeContent InspirationEntertainmentPolitics and ActivismSportsAdulting
About usAdvertiseTermsPrivacyDMCAContact us
® 2023 ODYSSEY
Welcome back
Sign in to comment to your favorite stories, participate in your community and interact with your friends
or
LOG IN WITH FACEBOOK
No account? Create one
Start writing a post
Entertainment

Why You Should Attend The Kentucky State Fair 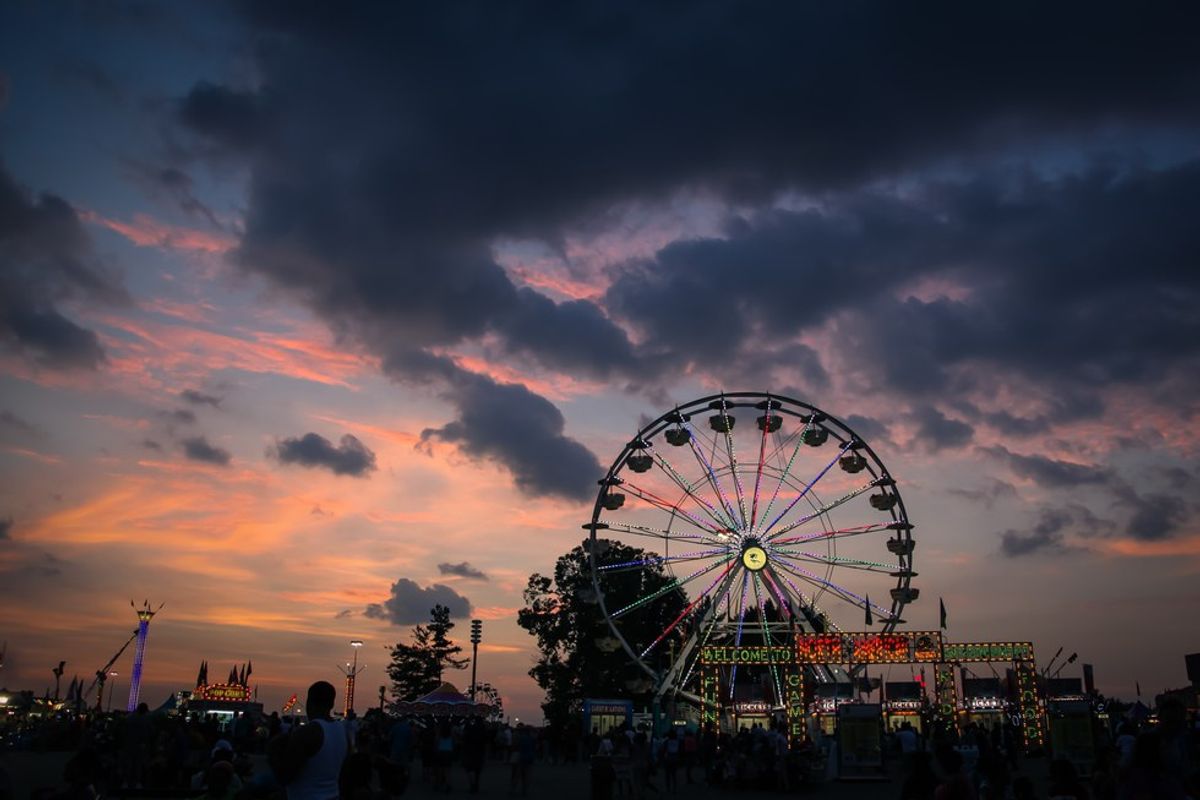 As mentioned in my previous article, fairs and festivals are appreciated in the south. This weekend, I attended the Kentucky State Fair (KSF). Although I've lived in Kentucky my entire life, this was my first time attending, and let me tell you, I wasn't disappointed in the slightest. The KSF was everything I expected and more! Here are five reasons why anyone, Kentucky resident or not, would enjoy the Fair.

When I first arrived at the Fair, I was on a mission: FIND FOOD. The grub is why some people simply attend the fair. Here in Kentucky, we like things fried, greasy, and unhealthy -- I'm talkin' heart-attack-in-a-meal unhealthy. I opted for a cheeseburger while my friend tried a Philly cheesesteak sandwich, but there were many more options from which to choose. Signs strewn about the aisles of food trailers advertised corndogs, deep-fried Oreos, sweet chicken wings, chocolate-dipped burgers with powdered sugar... Okay, that last one was an exaggeration. However, the fair is an excuse to eat really unhealthy food in an environment where doing so is socially acceptable, and even encouraged.

At any type of convention, I'm known to bustle around looking for free merchandise like pens, pins, hats, shirts, bags, etc. At the Fair, vendors and companies from all over the United States rush into the Kentucky Exposition Center with truckloads of free "stuff". I have collected many pens, bookmarks, rulers, hats, and stickers this weekend at the fair. To give you an idea of who shows up to the fair, Kentucky Farm Bureau, Caterpillar, Lincoln (the automobile manufacturer, not the late former POTUS), John Deere, and most political officials attend. The KSF also has a section in the main exposition hall designated for Showcase of the Counties. Within this section, different counties within the state display what makes their county special and worth visiting. For example, Harlan Co. is famous for its ATV trails and historical ties to the coal mining industry.

There's something about seeing ribbons on vegetables and animals that brings the traditional elements of a "fair" to life. I can't quite put my finger on it, but knowing that some people work really hard in agriculture makes me proud. Farmers are the people who make it possible to "bring home the bacon." They grow produce or raise cattle so that others may eat or have access to textiles. The Kentucky state fair is unique in terms of its livestock because all kinds of animals are shown, but its all appreciated. Everything from poultry to goats is given equal merit at the fair among farmers (although the dairy cows are my favorite), or it at least seems so. Either way, every participant in the livestock and produce shows is happy to showcase their hard work and fairgoers can appreciate it!

Budweiser Stage at the Kentucky State fair is huge. All kinds of talent performs on the Budweiser stage, from bluegrass musicians to big name artists. Mostly, the performers aren't famous, though. I like that because the unseen talent that lies within some people truly amazes me. Just today I witnessed a group of soul singers covering a Sam Smith song on one of the smallest stages at the fair, and they sounded as though they should already have a record deal. Talent comes from all walks of life, and to see the most of it, come to the Kentucky State Fair. Artists from halfway across the U.S. attend!

There are people everywhere at the state fair, as far as your eyes can see. People flock to the Kentucky Exposition Center in Louisville to attend the fair, and most have to park in the grass and walk a mile or two from their cars. I love people-watching, just observing how others go about their different missions at the fair. Just in the few hours that I attended the fair today, I observed numerous rednecks, lots of couples, a few "Dance Moms" that were hauling their daughters' performance gear around, musicians, miserable Dads, and political activists. Even if everything else about the fair was a flop, one can count on the people-watching content to be quite strong at such a melting pot event.

The Kentucky State fair supports farmers, performers, students, business-owners, home-state companies, exposition center employees, law enforcement officers and others. By attending the fair, you're not only able to observe the rich culture present within the state, but you're also contributing to others' well-being and employment. Come on down to Louisville and grab you a sweet tea and a soft pretzel at the fair. Stay a while! Enjoy!