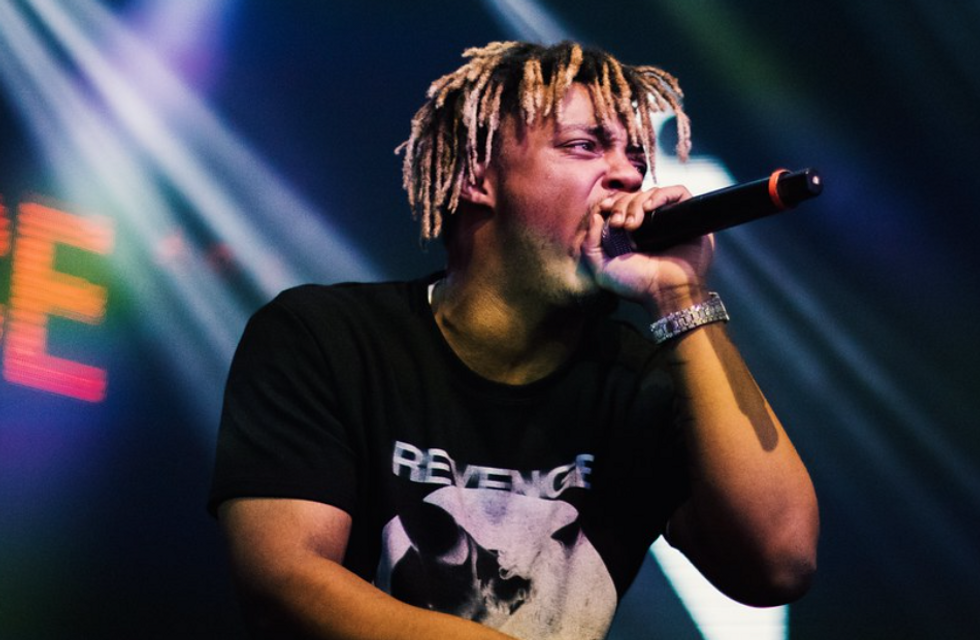 Rap artist Juice WRLD, born Jarad Anthony Higgins died in December 2019 at age 21 of a drug overdose. A collection of tracks he recorded before his death was compiled for the album, "Legends Never Die" and was released on Friday, July 10, 2020. Fans have been breaking music streaming services for the past 48 hours.

The 21-song and 55-minute album has a balance of the Soundcloud-era Juice WRLD style to features from guest artists such as Trippie Redd, Halsey, Polo G, and Marshmello. The album really sticks true to Juice WRLD's trademark upbeat and catchy sound, all while having songs that largely touches on themes of living with anxiety and abusing substances as a coping mechanism. The combination presents his internal battles in a familiar way, easing listeners into touchy subjects.

The album starts with a spoken intro titled "Anxiety," the track sets a positive tone of self-acceptance and sheds light on issues like substance abuse and anxiety. Juice WRLD professes "I don't know, music is just a beautiful thing, like I love myself so much, as far as the way I make music, the way God made me."

In the second track, "Conversations," Juice WRLD avoids an exchange with the devil, portraying his mind as a hellish environment as he raps, "Chillin' in my head, but it's hot / Flames everywhere, I see Satan." He often uses Satan as a metaphor for his anxiety.

"Titanic" follows as Juice WRLD reflects on earning fame and risking it all because of his substance abuse and deteriorating mental health. He proclaims "I'm Titanic" in the chorus, comparing himself to a sinking ship that is drowning in codeine, a prescription opioid. The religious allusions are not forgotten, as the rapper claims God is watching over him while he screams out in prayer, backed by fast-paced beats and echoed vocals

Following, very solid and heavy-hitting Juice WRLD SoundCloud-like songs fill the middle of the album such as "Bad Energy", "Blood On My Jeans", and "Righteous."

In an electrifying shift in tone, the songs with features steer both the instrumentals and the lyricism in different directions than the previous songs. The bulk of features toward the middle of the album starts with Trippie Redd, Marshmello, and Halsey. These more mainstream-sounding songs alleviate the deafening loneliness of an otherwise solo album in which Juice WRLD explores his internal battles.

Interlude "Get Through It," is a direct message to anyone listening as Juice WRLD hopes and prays they will overcome any obstacles they might be facing.

Vulnerable "Fighting Demons" gives me chills " I run away / In fear of me dying today." "My demons are breaking out of their cage / I'm praying that I see another day." Juice WRLD couldn't get as real and transparent as this.

One last interlude, "Juice WRLD Speaks From Heaven," which features audio of him talking. "I'm on Instagram Live from Heaven, huh. I made it y'all, I'm up here, I'm boolin'. Haha, I love y'all to death. How can I ask for better fans or supporters?" he says in the recording. It truly gave me chills.

The album ends with "Man of the Year", a great farewell song with a recurring chorus, "Let's raise our hands, let's sing and dance / I know my lyrics saved you, I know I helped you breakthrough."

This album was what every fan needed: One last album to be cherished by fans forever. If this was the last of Juice WRLD's music, it was one phenomenal piece of work.

Least Favorite(s): "Up Up and Away"