What Happened To Joseph, Father of Jesus?
Odyssey
CurrentlySwoonLifestyleHealth & WellnessStudent LifeContent InspirationEntertainmentPolitics and ActivismSportsAdulting
About usAdvertiseTermsPrivacyDMCAContact us
® 2023 ODYSSEY
Welcome back
Sign in to comment to your favorite stories, participate in your community and interact with your friends
or
LOG IN WITH FACEBOOK
No account? Create one
Start writing a post
Lifestyle

What Happened To Joseph, Father of Jesus?

Where the heck is Joseph? 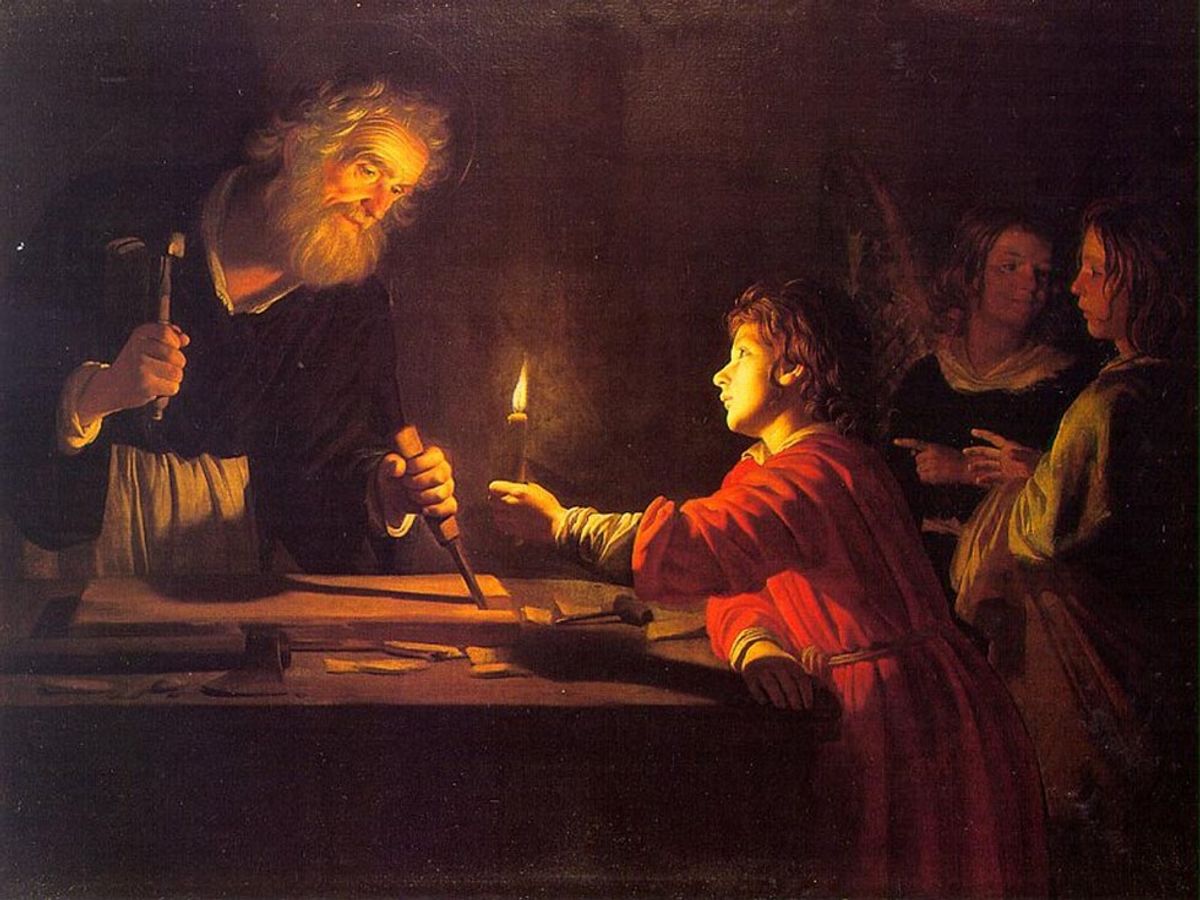 Recently, I read all four gospels in their entirety; that is, Matthew, Mark, Luke, and John. According to certain translations, that's roughly 84,000 words. And you know what struck me? Well, many things actually, like

Why don't I do this more often?

Wow, I had no idea Jesus said that.

That last one happened uncomfortably often, and I had to pose questions to facets of my faith I had never thought about before. Strangely though, out of the thousands of topics I could go into based on Jesus' life, death, resurrection, ascension, miracles, teachings, worldview, identity, disciples, etc., the thing that stuck out to me maybe more than it should have was actually something that wasn't mentioned.

Where the heck is Joseph?

You know, the guy who was doing just fine in life until he thought his bride was fooling around (I mean, who wouldn't? Unless of course you were told in a vision that what really happened was the Holy Spirit did some unexplainable, fancy shmancy "I'm God; I do what I want" stuff inside Mary's virgin womb... oh, wait...). Literally all we know about this guy is that he was a descendant of David and the royal line, he was engaged to and eventually married Mary, he didn't have sex with her until after Jesus was born, he was a righteous and gracious man, he followed Jewish customs, he probably wasn't too overbearing (he did lose the Son of God for a good three days), and he listened to angels when they show up in dreams. That's it. The earthly father of the most important man to ever walk the face of the earth is virtually an extra in the movie of Jesus' life.

Turns out there a few theories. I did some digging, and Josephology is a real theological study sating back as far as AD 800 and growing in the Catholic tradition especially in the 16th century. It is pretty common scholarly thought that Joseph was a good bit older than Mary, and that he died before Jesus' ministry began. He isn't mentioned to be present with Mary and Jesus at the wedding in Cana, where Jesus' first sign of changing water into wine takes place. He definitely isn't around at Jesus' death, where Jesus bonds his disciple John to his mother, Mary, so that she will be taken care of. Furthermore, Jesus' body after death is taken charge of by Joseph of Arimathea, a role his father would have taken on had he been alive. Many think that when Jesus' dedication takes place in Luke 2, Joseph's death before Jesus' rise as a rabbi is foreshadowed when Simeon tells Mary she will live to be touched by Jesus' ministry.

I have heard some thought processes of Joseph potentially being ashamed of Jesus' abandonment of his family, trade, and home. Many thought that Jesus was a blasphemous radical; that certainly wouldn't have been a reputation you would want to know your son by. But I don't find this convincing given the circumstances of Jesus' birth, his claim of authority as early as age twelve, and his dedication at the temple. Furthermore, knowing that Joseph is regarded by God to be a righteous man (at least enough that he gets to father the Savior of the world, no pressure), he would have no standing to leave his family.

Based on this evidence, I find the straightforward, surface level reading of the text to indicate that Joseph died an uneventful death of old age prior to Jesus' ministry beginning. Looking deeper though, I think even God's providence was at work here. Joseph's absence leaves no room to question who Jesus' Father is. This makes the Gospel of John even more astonishing to read, as Jesus knows the Father, is in the Father, and is worked through by the Father, even as the Father. This has deep theological implications for our faith on multiple levels, and I regard that as a very good thing.

Nicole Marie Nigro
Individual Creator
6612
c1.staticflickr.com
Where to start...... Let me start with the cliche that life throws us curveballs and what we do with it is what counts.