Jordan Peele and His Movie "Us" Is Important

You just have to pay a little attention. 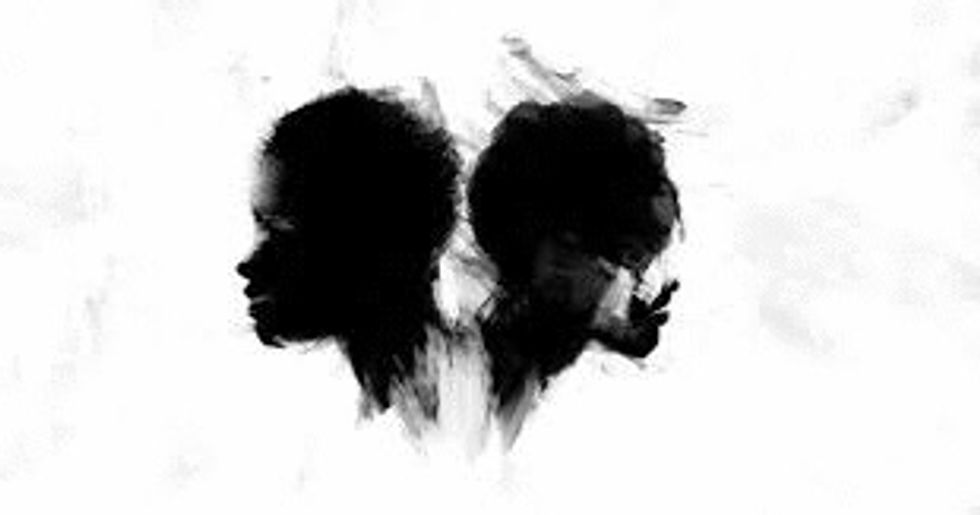 Symbolism: An artistic and poetic movement or style using symbolic images and indirect suggestion to express mystical ideas, emotion, and states of mind.

Jordan Peele has become the mastermind of incorporating political activism in horror films, and his work is exactly what we need in the world right now. His hit movie "GET OUT", along with his reboot of the classic TV series "The Twilight Zone" focuses on real world issues, while adding a touch of suspense and a pinch of jump scares. Here are 11 symbolic Easter eggs that will help you understand the message Peele is trying to send out, and why it matters to us as a society — about race, our socioeconomic reality, and our own reflections of our self.

Stars Lupita Nyong'o and Winston Duke both have roles in the hit Marvel flick and first black superhero, "Black Panther." Peele stated in an interview that he will continue to use black movie actors due to the lack of black casted roles in Hollywood. He is making a statement to bring more poc into lead roles in more films is needed for diversity.

2. The kids t-shirts and Adelaid's white clothes are important foreshadows

Siblings Zora and Jason wear very interesting t-shirts throughout the film. Jason wears a "Jaws" t-shirt, symbolizing the 80's film shark that lies in the "underworld" (seems familiar?). This also goes with Zora's white rabbit tee — a homage to the story "Alice in Wonderland." We all know the story of Alice: she follows the white rabbit down the hole into another world — much like Adelaid/Red's story. She also wears a green hoodie-shirt, that spells "tho", which is the translation to bunny in Vietnamese.

Adelaid wears mainly all white through the duration of the movie, and with more blood shed, her clothes become increasingly red. This foreshadows that with all the killing, she is turning just as red as Red and all of the Tethered's jumpsuits. Coincidence? I think not.

Bonus: All the rabbits in the cages are mainly white, with a couple of brown bunnies. Sounds a whole like society, huh?

In the film, the young Adelaid wanders into a fun house called "the Shaman Vision Quest Forest", which turns into a regular fun house in the flash forward. At the same beach during present time Adelaid's friend Kitty reads a magazine where she flips to a picture of an Indian headdress where she comments how beautiful it is. This is both a coincidence from young Adelaid's past, as well as a punch at cultural appropriation, where white women would wear Indian headpieces in order to complete an outfit, or for looks, rather than a cultural aspect.

As a "Twilight Zone" fan myself, I caught this right from first seeing the trailer. In the episode "Mirror Image" a young woman sees the clone of herself and tries to find help after realizing her clone was trying to kill her. This is also a major foreshadow, as Peele himself is hosting the new "Twilight Zone" reboot!

5. Red Frisbee on the beach towel

Throughout the entire film, more and more of the Tethered were holding hands, uniting together to ultimately take down their clones and unite. However, this is more of a lash at Trump and his wall. At the end of the film, they are holding hands all across the United States. I believe they are making a statement that we all should hold hands and unite, even while the government (helicopters in the film) are surveying all of this. It's all about the political movements, people!

"Us" used the number 11 in a sequence a lot on this film, for many reasons. 11:11 as Jason looks at the clock and shows Adelaid (who is frightened by the number), 11:11 on the ambulance, and 11:11 on the homeless man's sign (or in the Tethered, carved on his face). 11:11 is not only a number to wish on, or a foreshadowing that there the Tethered exists, but also based on Jeremiah 11:11 from the bible. This passage states, "Behold, I will bring evil upon them, which they shall not be able to escape; and though they shall cry unto me, I will not hearken unto them." Although this plays well with the plot line, this is also a reminder that humanity — no matter how different or similar — are alike, no matter what. Without understanding their wrongs, the consequences from God are deadly, and the right will always win. Besides, 11:11 is the perfect mirror image of itself, much like the doppelgangers.

Everyone was wondering what the symbolism behind the golden scissors were. Besides being a good weapon and one to "untether" their similar, the scissors actually have a duel purpose. "There's a duality to scissors — a whole made up of two parts but also they lie in this territory between the mundane and the absolutely terrifying," Peele said in an interview with EW. It symbolized Red, Adelaid, and the rest of the above and Tethered worlds. Fascinating, right?

Remember at the beginning of the film when young Adelaid and her family were at the fair, and she was holding a candy red covered apple? Yeah, there's a piece of symbolism! In the bible, the apple is considered the forbidden fruit of which Adam and Eve eat, and they gain "the knowledge of good and evil", thus resulting in free will. Turning to young Adelaid, she falls down the rabbit hole — a.k.a. the fun house — and after she gets switched with the original Red, she now knows good (the above) and the evil (the tunnels that the government stuck them in). Very biblical, but also kinda makes sense.

When the Tethered family breaks into Adelaid's beach house, they ask who they are, where in return, Red says "We are Americans." This raises so many questions, however my response is such: they live underneath the world, and they do, feel, and act the same as their counterpart. They observe wishfully, and they understand the horrors happening in our country. The Tethered are terrifying, and so is America at this moment, so its another duel symbolic response to ourselves and society.

We must follow along with his symbolism and hidden messages, as he gives us subtle hints of how to change the world. And at the end of the day, real world issues is the horror we live in everyday, and the reality of it makes it that much more terrifying, doesn't it?

jordan peele
Report this Content
This article has not been reviewed by Odyssey HQ and solely reflects the ideas and opinions of the creator.